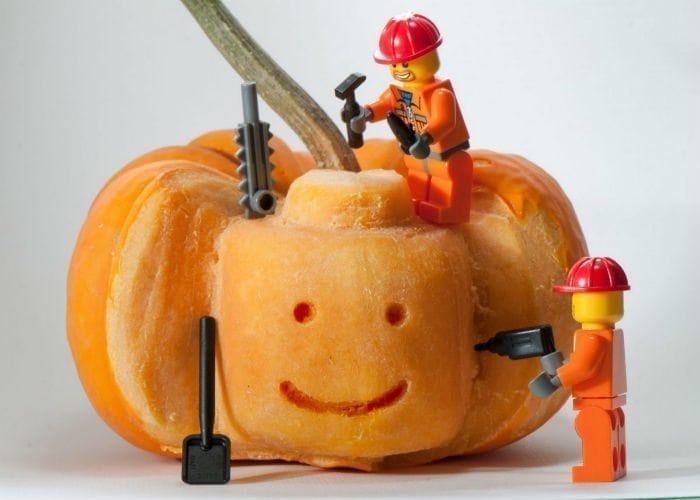 It’s a few weeks before Halloween, and while everyone else may be hopping on the pumpkin spice and Hocus Pocus train, I’ve got my beady little eye trained on those creepy Halloween animatronics at the Home Depot. After years of exposure, the props may seem a bit juvenile. Fools, like me, however, always seem fall for them anyway. The embarrassment of being scared by a plastic, light-flashing skeleton cat is not easy to live down.

Animatronics are robotic devices that emulate a human or an animal. These robots are designed to move and act like the real-thing, so they are built with limbs, flexible skins, even accented with feathers and hair, in order to be more realistic. These devices have been around since the late 1930s, with blueprints and mentions of animatronics going as far back as the third century BC. Leonardo Da Vinci even designed and built his own automaton lion. In modern times, these devices have been used in everything from movie special effects, such as the dinosaurs in Jurassic Park, to props in amusement parks. Sticking with the spirit of Halloween, you may be familiar with some of the creepier animatronics out there. There are Furbies, for instance, which were sometimes alleged to speak and warble demonically even when the batteries were removed. Chuck E. Cheese and his band mates were most likely the inspiration for the gang from Five Nights at Freddy’s. And who can forget those mischievous Gremlins and their Christmas terror spree.

Working all through the year to pitch design and build their props, Halloween animatronic innovators are merging fear tactics with technology. Consumers may be familiar with the cackling skeletons, singing Santa’s and hopping hares that appear on the shelves during the holidays. As cute as these are, there are some animatronic builders that take their craft to the limit. I may think cackling skeletons are scary, but I’d probably scream if I ever ran into some of the more sophisticated versions.

The process of creating these devices is extensive, with sculptors cutting away at mounds of clay and pistons being built and aligned for movement. The hard work, however, pays off. Crowds gasp, squeal, and scream in terror as these devices come to life. Haunted houses are notorious for using these animatronic tricks to frighten their guests. Builders have even been able to produce their own television shows to feature their animatronics. As we get closer and closer to Halloween, you might see the show Making Monsters air every now and then. The show focuses on the design and construction of these animatronics, as well as other props such as Halloween masks and costumes.

However, with the increased use of technology and DIY instructions (Pinterest, anyone?), some consumers have taken it upon themselves to create an at-home Halloween experience. While these cheap alternatives aren’t high-tech animatronics, scaredy-cats are sure to hiss in fear. Type “Halloween drone prank” in the YouTube search bar and cackle madly as a Grim Reaper prop flies around, attached to a drone, and terrorizes the neighbors. Print out the image of the girl from The Ring and paste her on the window to make the neighbor-kids cry. Projectors are being used to display ghostly apparitions on windows and there are even apps that up the spook factor in smartphones. There are even portrait projectors that show the images of men and women transforming into ghastly ghouls.

While I am not a fan of looking down at my phone and seeing the Lady in White howl and tear her face off, I’m sure some Halloween enthusiasts have already downloaded the app since September 1st. I’ll stick with my candy dispensing LEGO-bot.