What the Genomic Revolution Means for Your Health

News on genomics is common these days: from gene editing that can, for example, create so-called “designer babies,” to precision treatments for cancer and personal genetic testing, which can provide valuable insights on our disease carrier status (for family planning). Genetic testing can also tell us about traits related to athletic performance and our body’s response to certain drugs. But why is this all happening now, particularly at such a rapid pace?

A Primer on DNA and Genomics

Our DNA is sometimes referred to as the “blueprint of life” because it contains all the necessary instructions to make a living organism, while helping it survive and reproduce. Every single one of the living cells in our body contains this blueprint, which is composed of 23 pairs of chromosomes (46 total), with half inherited from our mother (in the egg), and half from our father (in the sperm). A “genome” is the total of our – or any organism’s – DNA. How many genes are in our body? Well, we have an estimated 19,000 to 20,000 protein-coding genes in our chromosomes. This is the code of life.

And a code it is, much like a software code. Unlike computer code, however, which is a binary code (1s and 0s), our DNA is composed of a four-base code of nucleic acids: adenine (A), cytosine (C), guanine (G), and thymine (T). As J. Craig Venter, one of the first to sequence the human genome points out, the digital code and the genetic code have a lot in common: “Digital code, as you know, is a binary code, and ones and zeroes, and your genetic code is literally four-base code with As, Cs, Gs, and Ts.” So, in a nutshell —or rather a human cell — the order of these chemical bases (how they pair up) is what determines the DNA’s instructions, or genetic code. Our entire genome contains about three billion bases with, again, only around 20,000 or fewer protein-coding genes. This is only slightly more than one percent of human DNA coding for proteins that carry out most of our biological functions.

Thanks to modern computers, next-generation DNA sequencing technologies, and robotic automation, the speed of genome sequencing (identifying the order of those four base pairs) has increased significantly over the past 16 years (besting Moore’s Law for computer processing speed). And, as digital technology tends to do when it becomes integral to industrial processes and the input itself is digital, the price of sequencing has dropped precipitously over the same period. We are now at the point where computerized robotic sequencing machines and software – like that produced by San Diego-based Illumina—will soon deliver whole genome sequencing for just $1,000 per genome.

Since our DNA is a digital molecule and computers are essential for conducting modern genome sequencing, both the field that seeks to understand it, “genomics,” and the genomic revolution, fall within a field called “Digital Health.” The definition of digital health that I’ve promulgated for the past several years is that it is “the convergence of the digital and genomic revolutions with health, healthcare, living, and society.” When we look at genomics, there are two general areas that are directly applicable to our health: precision wellness and precision medicine. While it’s implicit that precision medicine involves becoming a patient and receiving healthcare and guidance from a physician, precision wellness is a bit more interesting, and can overlap in the consumer products space and the medical realm.

By examining a set of genetic variants in many individuals plus looking at other factors like family history and lifestyle habits, scientists are continuously identifying genes and patterns that can be associated with biological traits, disease, or disease risks in humans. This genetic information is available to us via various testing services on the market. Some are direct-to-consumer (DTC), which means that we can be tested and obtain the information without the oversight of a doctor. Many others require a doctor’s approval. Testing sample collection can often be as simple as spitting into a cup, sealing it, mailing it in, and obtaining the results online.

Precision wellness includes the ability to leverage personal genetic information – like our risk of hereditary cancer, late-onset Alzheimer’s, Parkinson’s, diabetes, or cardiovascular disease – and to make lifestyle and behavior changes to reduce our risk. Moreover, we can engage with our doctors and the healthcare system to closely monitor for any emerging signs of disease and, ideally, prevent or diagnose it in its early stages, when treatment can be most effective. One of, if not the biggest benefit provided by genetic testing and digital health is when it empowers people to prevent disease before they ever become patients.

Lisa Genova, a neuroscientist and author of Still Alice, a novel about Alzheimer’s disease that was turned into a major motion picture starring Oscar-winner Julianne Moore, recently delivered a compelling TED Talk highlighting how the way we live each day can greatly reduce our risk of developing Alzheimer’s. As readers of my digital health newsletter are aware, the FDA recently granted permission to 23andMe to market and sell its genetic DNA test for late-onset Alzheimer’s risk directly to the public. As Lisa’s talk highlights, whether armed with this digital health information or not, we can all act to reduce our risk of Alzheimer’s disease. These risk-reducing behaviors are incredibly simple and include adhering to good sleep “hygiene,” staying physically active, and being a lifelong learner. Note that this all occurs outside of the healthcare system, does not require a pill, and is fostered simply by information, education, and a willingness to make the changes.

Another interesting area of precision wellness relates to caffeine consumption. While some of us crave coffee more than others due to a genetic predisposition (23andMe offers a DTC test for this), the rate at which our body metabolizes caffeine is also determined by our genes. The test for this – which I had done by a company named Pathway Genomics, though it is also offered by companies like Genomic Express – falls within the emerging field of pharmacogenomics, which is the study of how genes affect a person’s response to drugs. Approximately 50 percent of us have a DNA sequence change in the CYP1A2 gene that results in the slower metabolism of caffeine. Unfortunately, scientists have discovered that this is associated with an increased risk for cardiovascular disease, and the risk increases if you have a family history of heart disease or an unhealthy lifestyle (poor diet and lack of exercise, for example). According to one study, slow metabolizers of caffeine increase their risk of heart attack if they consume two or more cups of coffee per day (about 200mg of caffeine or more). Fast metabolizers, on the other hand, have a reduced risk of heart attack if they consume at least one cup of coffee per day. Not to mention that they can drink coffee in the afternoon and not be up all night as a result!

And when we are planning to start a family or when a woman is already pregnant, there are several areas where genetic testing can be of value. Carrier testing identifies if you have a change in a gene linked to disease, which can be passed on to your children. They may or may not develop the disease or become carriers themselves as, for some diseases to occur, the gene change must be inherited from both parents. Prenatal testing is done during pregnancy and can identify fetuses that have certain diseases. Newborn screening is used to find out if babies have certain diseases that can be treated immediately to prevent any ill effects.

Genomics is also providing insights into what types of exercise are best for our muscles and promote healthy aging. Researchers at the Mayo Clinic recently conducted a study of 72 healthy men and women in age groups of under-30 and over-64. Participants were assigned to either do interval training (exercise that alternates in degree of physical effort and speed), weight training, steady aerobic exercise, or no exercise at all. What they discovered was rather astonishing: it turns out that among the cohort of individuals over the age of 64, interval trainers had nearly 400 genes activated and working differently as opposed to only 33 for weight lifters and 19 for moderate exercisers. Many of these may influence the number and health of our mitochondria that produce energy for muscles and serve as a sort of correction for cellular aging.

Precision medicine is an approach for disease cure, treatment, and prevention that takes into account the variability in each individual’s genes, environment, and lifestyle. Thanks in large part to genetic information, doctors and researchers are becoming better able to predict more accurately which disease treatment and prevention strategies will work for a particular person or group of people.

Because the DNA in our cells is a digital code, it is now possible to make precise changes to it via a new technology called CRISPR-Cas9 genome editing. Geneticists and medical researchers are essentially able to remove, add, or alter sections of a DNA sequence. Recently, researchers from the Lewis Katz School of Medicine at Temple University and the University of Pittsburgh used this technique to excise HIV DNA from the genomes of living animals (mice), thereby eliminating further infection. This is significant, because the HIV virus can remain dormant in the body for long periods of time and is difficult to eliminate. 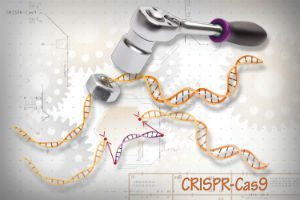 While “germline gene” modification (the act of making heritable changes to human embryos or sex cells that can be passed along to the next generation) is banned in the United States, a new consensus study by the National Academy of Sciences has endorsed CRISPR germline gene editing modification of humans to change human embryos, sperm, or eggs. Their conditions, however, are that it only be used to prevent the birth of children with serious diseases, that there should be stringent oversight, and that enhancements – like attempting to alter genes to make people more intelligent, i.e. creating “designer babies” – should not be pursued at this time. An indication of how big even this limited application of CRISPR used for preventing prenatal disease can be, geneticist George Church projects that CRISPR gene-edited sperm could have a role in six percent of births.

To Your Digital Health!

Knowledge is power, as the aphorism goes. As a result of the digital and genomic revolutions we are increasingly afforded the opportunity to have a wealth of previously unavailable information about our bodies, our personal disease risk, and what can keep us healthy…and hopefully avoid the fate of contracting an illness and becoming a patient. And when we do enter the healthcare system, we’ll benefit from new tools and strategies that help to better predict, treat, cure, and prevent disease.

By Paul Sonnier and Megan Lam. 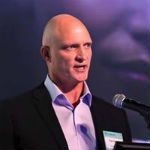