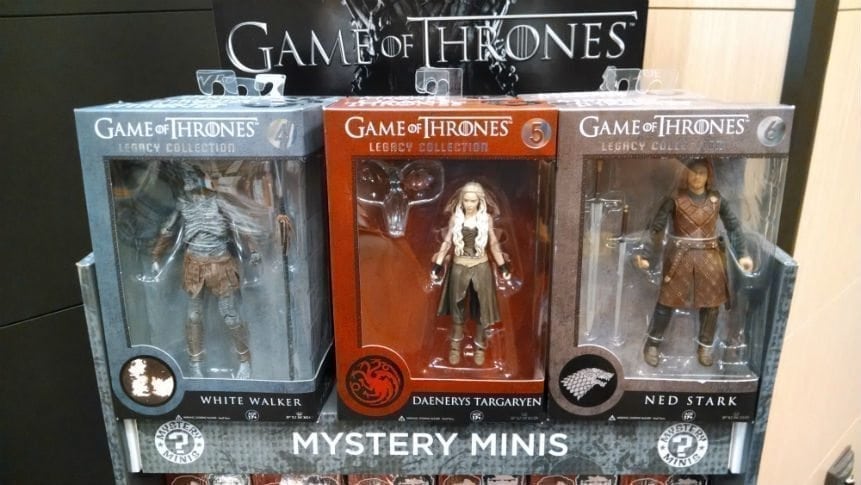 Just How Big Can the Game of Thrones Universe Become?

Game of Thrones is one of the most successful TV series of all time, and each episode is watched by an average of 25.1 million viewers. That number is steadily rising as the fantasy epic heads towards its endgame, and that is in part due to the success of the franchise branching out onto other platforms and attracting greater numbers of fans. In fact, fans of the world and its characters don’t just have to watch the series. They can also play numerous games based on the universe, and, of course, read the original Song of Ice and Fire books that sparked this massive craze. The question is: Just how big can the franchise become?

Game of Thrones: A Telltale Games Series was released in December of 2014, and the events in the game took place just after the “Red Wedding” episode of Game of Thrones’ third season. Instead of giving players a chance to play as the popular characters they knew and loved, like Jon Snow and Tyrion Lannister, the story-focused game developers opted for a different angle. The game was still set in the world of the TV series, and events from the show were happening at the same time as those in the game. But there was a completely original storyline which centered on characters from House Forrester, people who had never been mentioned or ever appeared in the show. This was an interesting concept, opening up a whole new level of possibilities with which to take various storylines.

The problem with this game was that to have the slightest clue about what was going on, players had to have watched the series. It threw players straight into the action as the Freys betrayed the Starks at the Twins, and someone who had never watched the show would not have known why they were doing the things they were doing. The Telltale game was a good way for pre-existing fans to enjoy George RR. Martin’s world in another way, but it wasn’t a great option for bringing in new fans and increasing the show’s viewing figures.

There have been other games that have served to introduce new viewers to Game of Thrones. One of the most successful ones is the Game of Thrones slot game from Microgaming, which is now one of the most popular 32Red online slots. The title features all the main great houses of Westeros including Lannister, Stark, Baratheon, and Targaryen, and the side game allows players to travel around various locations on the flip of a Braavosi coin. It also boasts the outstanding music from the show to really draw players in. Players don’t need any knowledge of the series to enjoy and jump straight into this, but they can learn things from the game which may make them want to watch the show.

The online gambling market is absolutely booming, and is projected to rise to $59 billion by 2020. For this reason, franchises have found that they can boost their overall revenue by offering content for the thriving sector. The Game of Thrones slot at 32Red isn’t the only example of this. Other slots that have helped boost their respective franchises include Tomb Raider at Casino Kings, and Hitman at Britain’s Got Talent Games.

Despite the Telltale series and the Game of Thrones slot offering players other ways of enjoying the universe during the show’s offseason, gamers are still hungry for more. Something that has been touted for many years now is a fully open world title that allows players to really explore the landscape of Westeros and Essos, while taking control of central characters like Daenerys Targaryen and Jon Snow. Gamers are clearly envisioning something on the same scale as titles like The Witcher 3: Wild Hunt and Fallout 4. Recent reports suggest that they may soon be about to have their wish granted. Elder Scrolls developers Bethesda have been rumored to be in the process of creating a Game of Thrones title, but nothing has been officially confirmed yet.

With HBO’s Game of Thrones gaining more viewers and becoming increasingly popular each year, it would be wise to assume that there will be additional games based on the much-loved fantasy in the future. And with spinoff series also in the pipeline, this universe has the potential to continue expanding infinitely.