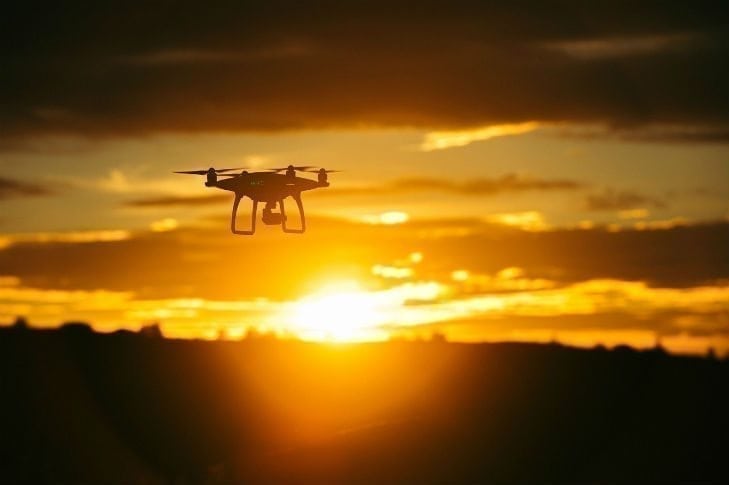 Recreational drones have taken the country by storm as the popular new hobby. It makes sense, too. Not only is it fun to fly a drone around, it’s also a great opportunity to get outside, and maybe record some footage that you otherwise couldn’t get. In January of 2017, 670,000 drones had been registered with the federal government, according to the Federal Aviation Administration (FAA). The goal of the registry is to help regulate these unmanned vehicles, especially those that fly in restricted areas like airports and over sporting events. The national drone registration system was introduced in December of 2015 by the FAA, with the help of aviation experts, government agencies, and companies like Amazon and Google. In February of 2016, over 325,000 people had registered their drones, and that number has now doubled in the past year. In fact, Michael Huerta, the FAA’s chief administrator, projects that nearly seven million drones may be sold in the U.S. by 2020, or about two-and-a-half times the population of the state of Nevada. 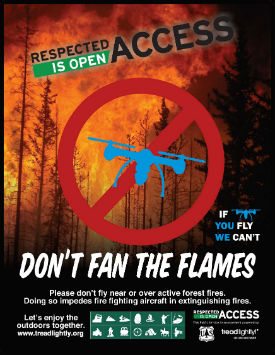 With so many drones in the sky, it’s been important to not only establish rules and regulations, but also promote and enforce them. That’s why some organizations are creating programs to spread awareness on responsible and correct drone usage. For instance, Tread Lightly has recently implemented their Flying Drones Responsibly campaign as a part of their Respected Access is Open Access (RAOA) campaign. The overall goal of RAOA is to protect and enhance outdoor access and opportunities by fostering a stronger sense of individual stewardship in the recreation community. They wish to maintain and expand access to public and private lands to enjoy all types of outdoor recreation. The slogan, “Respected Access is Open Access,” has a simple meaning: responsible behavior leads to continued access. Initially, the campaign focused on recreational shooting and hunting, but is constantly being expanded and now, of course, holds the Flying Drones Responsibly campaign. This new drone campaign holds the same message, that responsible drone use will lead to continued and expanded drone access.

One of the main issues that the campaign promotes is responsible use during fire season. From afar, wildfires are an interesting spectacle, and drones provide a unique close-up to this phenomenon. But, what many people might not realize, is that flying drones near wildfires can disrupt the work of the firefighters. In an FAA press release in July 2017, it was reported that there had been 17 documented instances of unauthorized drone flights over or near wildfires this year, with 14 resulting in operations being temporarily shut down. The release continues on to stress the issue:

“If an unauthorized drone is detected flying over or near a wildfire, fire managers may have to ground all airtankers, helicopters, and other aerial firefighting aircraft until they can confirm that the drone has left the area and they feel confident that it won’t be coming back. This can cause wildfires to become larger and more costly and to unduly threaten lives, property, and valuable nature and cultural resources.”

This is why it is so important that drone-users understand what to do when it comes to drones, as irresponsible usage can have some dire consequences. That’s why companies like Tread Lightly establish campaigns that help users remember, as the FAA says, “If you fly, we can’t.” The hope is that the program spreads and that users, not just Tread Lightly, begin to educate each other on responsible drone usage. For more information visit the Flying Drones Responsibly campaign.

Drones and the FAA: Rules for Flying for Work or Play