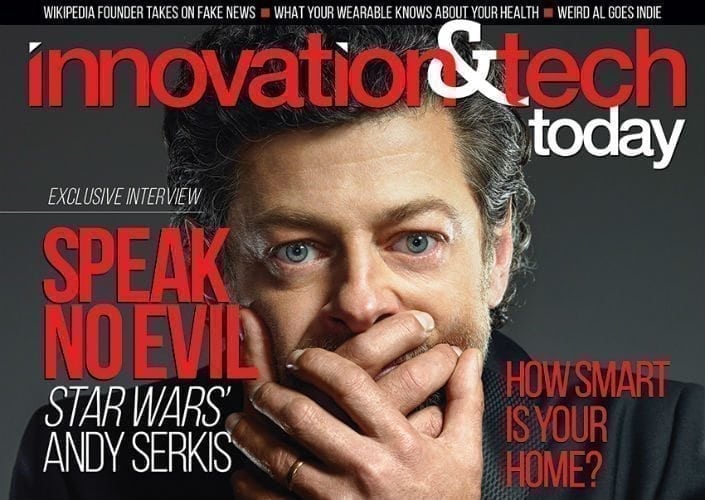 Andy Serkis, AKA Supreme Leader Snoke, Does Cover Feature Ahead of ‘Last Jedi’

Computer generated imagery (CGI) has given us incredible sights and memorable characters. And no one embodies the artistic power of this technology quite as well as Andy Serkis, appearing on the cover of the latest issue of Innovation & Tech Today before he reprises his role as Supreme Leader Snoke in The Last Jedi.

From the classic Lord of the Rings films to the blockbuster Star Wars sequel trilogy, Serkis has had no shortage of iconic roles utilizing performance capture – which he discusses, in-depth, in an exclusive interview with the publication, which just hit national newsstands.

Joining Serkis in this fall issue are Benedict Cumberbatch and Michael Shannon, whose upcoming film, The Current War, highlights the historic rivalry between Thomas Edison and George Westinghouse. 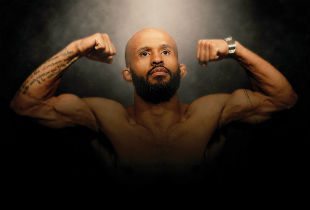 And, while they may not always be behind the camera, some of the industry’s most celebrated voice actors open up about their art form in an extended feature.

Additionally, blending the worlds of gaming and sports, the UFC’s pound-for-pound number one fighter Demetrious “Mighty Mouse” Johnson gives readers his take on the growing world of eSports.

With a showcase of Arizona’s tech community, an investigation into the growing practice of entomophagy, and a guide to the perfect smart home, this award-winning magazine has done it again.

You can find the latest issue of Innovation & Tech Today at your local Barnes & Noble. Or you can subscribe today!