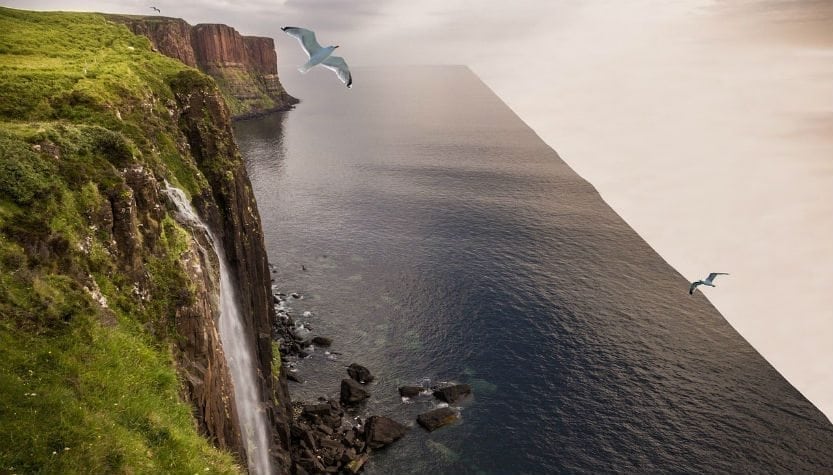 This week, the people all across the United States had the opportunity to view a magnificent astronomical event. If you’re like me, you took it as a moment to step out of the office, spend some time outside, and witness a potentially once-in-a-lifetime scientific phenomenon. It was neat, really, seeing the usually near-empty park full of people. It was like last summer’s Pokémon Go craze, except people were looking at the sky rather than their screen. For some, though, the eclipse was much more than a “cool” thing to watch. For flat-Earthers, it was an opportunity to prove all of their theories.

Hold on there, cowboy. Flat-Earthers?

Well, they are exactly what they sound like: a sect of people who believe that the world is, in fact, flat. Many assume that the movement is simply a joke. But, as the Flat Earth Society claims on their Wiki page, “This site is not a joke. We are actively promoting the Flat Earth Movement worldwide. There are, admittedly, several non-serious flat-Earth posters, but they are fairly easy to identify.” 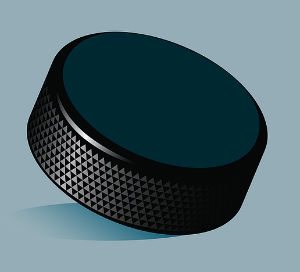 The flat-Earth movement is based in this multi-layer theory that the world is flat, like a hockey puck with a dome above it (called the firmament) which contains our atmosphere, the sun, moon, stars, etc. Oh, and some flat-Earthers believe that around the hockey puck world is an ice wall, which I guess keeps us from falling off?

One of the simplest layers of the theory is one’s own sense. As the Flat Earth Society on their website says, “The world looks flat, the bottoms of clouds are flat, the movement of the sun; these are all examples of your sense telling you that we do not live on a spherical heliocentric world. This is using what’s called an empirical approach.” While that may seem like a loose base, the society does rely on some historical experiments, as well. The most prominent of which is The Bedford Level Experiment.

Essentially, the experiment was a series of observations carried out along a six-mile length of the Old Bedford River on the Bedford Level, Norfolk, England. The experiment, most famously conducted by Samuel Rowbotham in the late 1800s, uses an uninterrupted six-mile stretch of the river. Three poles were fixed at equal height above water level along this stretch. As the surface of water is understood to follow any “hypothetical” curvature of the Earth, the fact that all three poles aligned when observed through a theodolite served as ample evidence that the Earth is indeed flat.

The experiment was debunked by Alfred Wallace shortly thereafter, who, as a surveyor, knew of atmospheric refraction (something that Rowbotham didn’t account for), which can bend light back down towards the ground, making a mirage of the far poles visible through telescope.

Apparently, there are even more experiments that prove Earth’s pancakedness, which can be found in Rowbotham’s book Earth Not a Globe, but you know, I don’t have that kind of time.

Okay, so the experiments are shaky at best. And even if we give them the benefit of the doubt, we’ve been to space. Astronauts have actually seen the Earth. Isn’t that enough proof that the Earth is round? (I ask in 2017, the supposed peak of science and technology where we have electric cars, heart transplants, and pocket-sized computers).

That’s a very reasonable concern. And, don’t worry, they have an answer. Apparently the space agencies of the world are involved in a giant conspiracy which has faked space travel and exploration. During the Cold War’s Space Race, both the USSR and the USA were so obsessed with beating each other that they eventually just faked their astronomical accomplishments in order to stay ahead. Since then, fake space travel has been simply used to embezzle funding into fake projects.

“We at the Flat Earth Society do not let much credibility to photographic evidence. It is too easily manipulated and altered… Barrel distortion and other quirks of modern cameras will cause a picture to distort in ways which may not be immediately obvious or apparent, especially without references within the picture. Photographs are also prone to distortion when taken through the bent glass of a pressurized cabin as well as atmospheric conditions on the outside.”

Okay, well, we’re not really getting anywhere here. Can you just get to how the eclipse proves them right?

Alright, let’s jump right into it, then. The flat-Eathers first argument is that if the Earth is truly rotating from west to east, the shadow of the eclipse should have passed across Earth’s surface from east to west, just as the sun moves across the sky. However, as we all know, the eclipse started in Oregon (west) and ended around South Carolina (east). And, well, you got me there.

Hopefully NASA can clear this up for us. According to those conspiring space explorers, the moon travels to the east as it orbits Earth at approximately 3,400 km/hour, compared to Earth’s eastward rotation at 1,670 km/hour. Thus, the moon’s shadow would move from west to east at 1,730 km/hour. Trevor Nace of Forbes used this analogy to paint the picture:

The flat-Earthers second argument is that the shadow the moon casts on the Earth would have to be bigger than the moon itself. This hypothesis has been tested by flat-Earthers turning on a flashlight and shining it at a quarter against the wall. They found that regardless of moving the quarter closer or farther from the wall, the shadow was always bigger than the quarter itself. You know, it’s an easy experiment, so I’ll give you a moment if you want to try it at home… 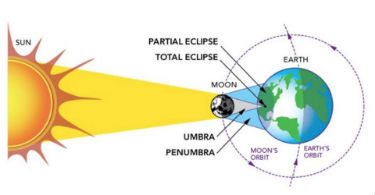 See what they mean? It makes sense. The shadow is always bigger, so why isn’t the case the same with the moon? Let us look no further than…science. The key issue here is that the Sun projects light in all directions and is many times larger than the moon. Thus, the experiment would make more sense not with a direct point source of light, but with a large area of light, one that is significantly far from the quarter and wall. NASA offered the below diagram to show how the moon’s shadow is cast on the Earth. Makes sense to me.

I’m really having trouble making sense of all of this.

Aren’t we all? Here. If you’re still struggling making sense of the flat-Earthers eclipse argument, here’s a 24-minute video explaining what they think. And then, all we have to do is wait until the next solar eclipse on April 8, 2024 to finally disprove, once and for all, this confounded round-Earth craze.