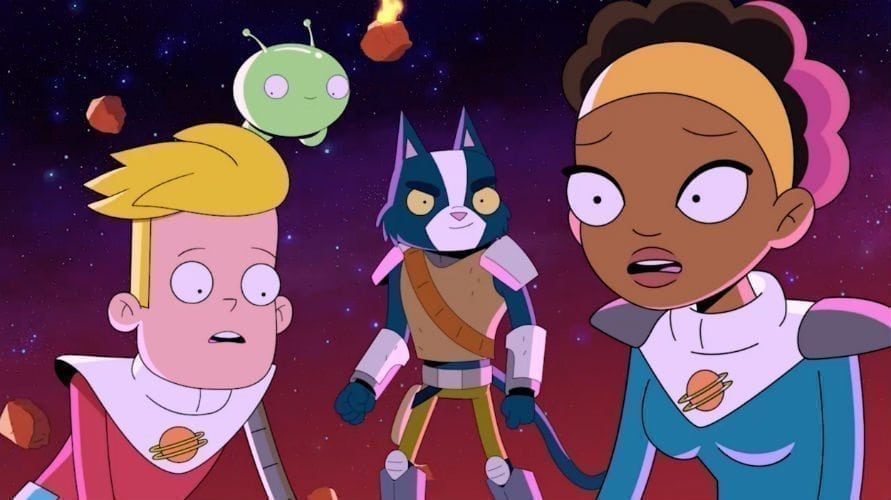 Olan Rogers has had quite an interesting career path. From starring in early YouTube videos with the sketch comedy group Balloon Shop to creating Final Space, a Conan O’Brien-produced animated series, Rogers has lived the dream of many content creators. In this exclusive interview, we discuss the creation of his new show, the evolution of YouTube content, and what to expect for the show’s season finale.

Innovation & Tech Today: What was the initial inspiration for Final Space?

Olan Rogers: Initially, a lot of feature films. Interstellar, Star Wars, Star Trek, Sunshine, 2001: A Space Odyssey. Clearly, it’s everything that I loved I tried to, basically, put into the show.

I&T Today: Was there one sci-fi influence that you just loved above all others?

Olan Rogers: Yeah, I would probably say Star Wars. I had the old VHS copies of it, so I always watched the behind-the-scenes that basically came on before the actual movie, with George Lucas and stuff. That’s what pretty much sparked my love for sci-fi.

I&T Today: When did you start getting the idea to put comedy and sci-fi together?

Olan Rogers: I started on, essentially, YouTube back in 2005. It was always kind of those two things that I always wanted to make something sci-fi oriented because of Star Wars, Star Trek, and all that jazz. I started making these video series. Basically, through that it would always start out very comedic and then it would always get really serious towards the end. It was me really honing the way I tell stories. Yeah, it was always that kind of practicing grounds on YouTube that essentially allowed me to kind of blend those two.

I&T Today: I actually had read you tweeted out that you have five whole seasons of the show planned. Have you had some of those ideas in place since you first came up with the show, or have these ideas kind of come together over the years?

Olan Rogers: As we were building out the season one arc, we kind of started to come up with these bigger ideas. Then we’re like, “Well, let’s save that for this and this and this.” Then we ended up getting so much more material just because of where the story was going. It was essentially during the pitching process and us just actually writing the script that we started to get even more material, just because we were in that universe.

I&T Today: Yeah, definitely. I know one of the most major stories around the show was Conan O’Brien got his initial interest in it from actually watching the show. Can you tell me a bit about how that story went from your perspective?

Olan Rogers: Yeah. I essentially just uploaded the proof of concept onto YouTube in April. April fifth, I think. It was really early in the morning and that’s like the worst time to upload. It was five in the morning. Eventually, somebody was up. It was, I think, one of their producers at Conaco. I think his name was Kramer and he saw the short. Apparently, he just never talks. He sent the short to Larry Sullivan over at Conaco. Their job is just to find the projects that fit within their brand. Hey, if this guy never talks, you should probably check this out, you know? They checked it out and they really dug it.

It was pretty surreal. It was pretty awesome to obviously have somebody attached to your project that you’ve always looked up to comedically.

I&T Today: We spoke before about how you got your start on YouTube. What’s it been like to actually see that platform grow over the years? The entire YouTube platform has grown and changed so much since then.

Olan Rogers: Oh yeah. It’s kind of interesting because I don’t think it’s necessarily growing in the right direction. Back in 2005 to 2010, it used to be just sketch comedy. Everybody was doing sketch comedy or short films or fan films. They were actually creating something, and now it’s really just for personalities and building up fan base for no other reason than just to have a fan base. It’s for reviewing fast food. It’s kind of lost its creative edge.

It’s pretty demoralizing when you’re on a platform for that long. You just kind of realize, “Is this the path that I need to keep taking?” There’s a lot of creators on there that are still the same way where they’re like … “I’m spending essentially months upon months, six months, on a short film. Do people even care about that? Because something that I can do in 20 seconds or a minute, basically, they’ll love that. Then that will get more views than the thing that I slaved over.”

It’s one of those things that the platform’s all weird right now. But it’s cool to see it grow, see how many people are making careers out of it. But it’s definitely not a platform for creating anymore.

I&T Today: The season finale of Final Space is coming up, what should people expect?

I&T Today: Something I noticed while watching the show is it does a good job of balancing that darkness and that drama with humor. What is your process for doing that? How do you find that balance?

Olan Rogers: Yeah, I think it always starts off with finding the dramatic story first because you can always add comedy in. Obviously, it’s a big balance between that, but if you start off in a comedic place and you’re trying to build to a dramatic spot, it just doesn’t really end up working out. We always end up starting with that very dramatic, emotional arc and then we add comedy along the way.

I&T Today: What advice would you have for somebody that was in your spot a few years ago? Somebody with a unique idea that just needs that big break.

Olan Rogers: For me, it took over a decade just grinding and making films and practicing, and really having no bites at all. Then, out of nowhere, somebody with the right eyes will see it and you’re off to the races. Ultimately, it always starts with never giving up. You’ve got to keep creating and keep practicing and evolving. Eventually, if you keep doing it, somebody’s going to see you. It’s inevitable.

The season finale of Final Space aired May 7th at 10:30PM EST on TBS. The series was also just renewed for a second season.