Actress Felicia Day has been an Internet pioneer who’s managed to split her time between Hollywood film and television work (Buffy the Vampire Slayer, Eureka, Supernatural) and running her own digital empire (Geek & Sundry). Day’s book – You’re Never Weird on the Internet (Almost) – chronicles her life from home schooling in Huntsville, Alabama, to launching her successful video game-based Web series, The Guild to her present-day work with Legendary Entertainment running an entire Internet company.

The actress has been able to succeed in Hollywood by using her brains and talent. She was a National Merit Scholar and graduated from the University of Texas at Austin on a full scholarship in violin performance at age 19 with a double major in mathematics and music performance. She’s also an avid video game player who’s been able to take her love of gaming and blend them into her career with projects like The Guild, Dragon Age: Redemption, and Fallout: New Vegas. Day talks about the evolution of nerd culture in this exclusive interview.

Innovation & Tech Today: How have you seen the notion of geek become cool since you were a kid? 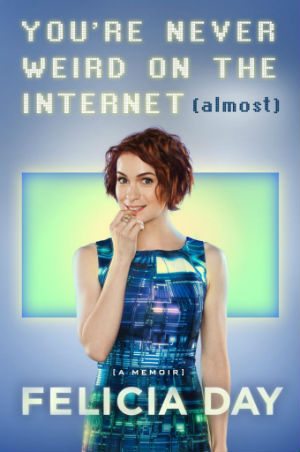 Felicia Day: Definitely geek or nerd culture has evolved a lot. Some of the things that we traditionally love have gotten very popular; a lot of blockbuster movies, and just everything. With that, there have been some growing pains. I don’t self-identify, necessarily, as a girl geek or a girl gamer. I self-identify as a gamer or a geek, and I just happen to be a girl. I happen to dress as cute as I want or as shlubby as I want, and don’t really bother to worry about what people outside me judge me as.

That’s really my mantra. I’m just really confident in who I am, and my career is only a testament to finding myself. That took a long time to get there, and that’s what I just encourage other people to do; just to find yourself outside of other people’s judgment, and then you don’t feel the need to justify yourself to them. You just love what you love, you look how you look, and you enjoy what you enjoy.

I&T Today: You addressed the GamerGate controversy head-on through a blog post. How is that covered in your new book?

Felicia Day: When I wrote that post I just wanted to ask everyone to please put forth the face of gaming that I know, which is of people connecting and loving games together. Hopefully I made a contribution towards positivity with that. Unfortunately, there are a lot of people who use that as an example of me hating gamers or being afraid of gamers, which is hurtful to me and inaccurate if you read the post. The post is all about having an impulse around gamers that may feel like they don’t belong because there was so much hate and betrayal, especially against women during that period. We should look at what we all love in commonality, which is gaming on both sides, and come to some conclusion where we can have disagreements but we can do them in a civil manner. That’s really what I address in my book, and also just want to put out in the world. There are very, very small minorities who are very proactively negative and I want to counteract that with as much proactive positivity as we can. No matter what you believe, we can all agree that we love games. And let’s disagree in a civil manner that makes gaming look good to someone on the outside.

I&T Today: Electronic Arts and other companies are hiring more female game developers as a result of the awareness. Have you seen any good come from GamerGate? 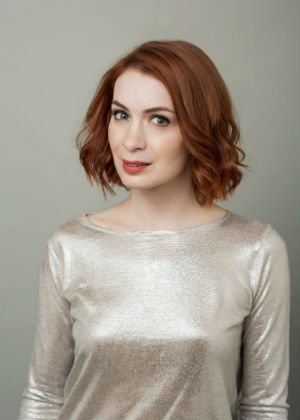 Felicia Day: It’s almost like Cecil the Lion in the sense that you have one incident that highlights something that’s endemic and happening on a small level and gets people’s attention. Industry leaders and game creators have stepped up and said, “This is not our world, this is not what we want gaming to be. This is not acceptable to have this kind of abuse and make people feel unwelcome in something that we love.” Gaming is a growing entertainment field and you may have things that you don’t necessarily agree with or like in the world of gaming. That doesn’t mean you need to be aggressive towards anybody in counteracting that with hostility. The great thing is the leadership that has been shown in the industry and amongst creators to really be more inclusive and to have more representation and to make people step up and say that different voices are welcome. I do believe that some good has come out of that and I’m very glad to be a proponent for everybody who has a different opinion in gaming.

I&T Today: What games are you playing now when you have time?

Felicia Day: I am obsessed with Witcher 3. I’m a little behind the curve with new games. I’m an RPG sucker in a way. Towers of Eternity is something I’m still pecking away at. It’s such a deep game and those isometric RPGs are my childhood –from Balder’s Gate and Wasteland and all those games. They’re my favorite. I play a lot of smaller indie games. I’ve been playing Regency Solitaire, which is just a casual game that you can log on for thirty minutes and feel satisfied playing. I’ve been playing You Must Build a Boat on iOS as I go from airport to airport (on the book tour).

I&T Today: What opportunities do you see virtual reality opening up to gaming?

Felicia Day: VR is the future. We’re all going to have a way to project ourselves into a virtual world — like a Holodeck — which has been my dream my whole life. Whether it’s renting a spot on the red carpet to see stars at a premiere, or being in the front row of a basketball game, or really being in a game like Skyrim and building a sword; that really is the future. Technology is going to be so sophisticated that we will not have to be in our bodies to be somewhere. There are some repercussions that probably we’ll have to deal with, but it’s a creative world that I’d love to play in as a consumer and a creator.

I&T Today: It will make book tours easier for you.

Editors Note: This post was updated from an earlier version.