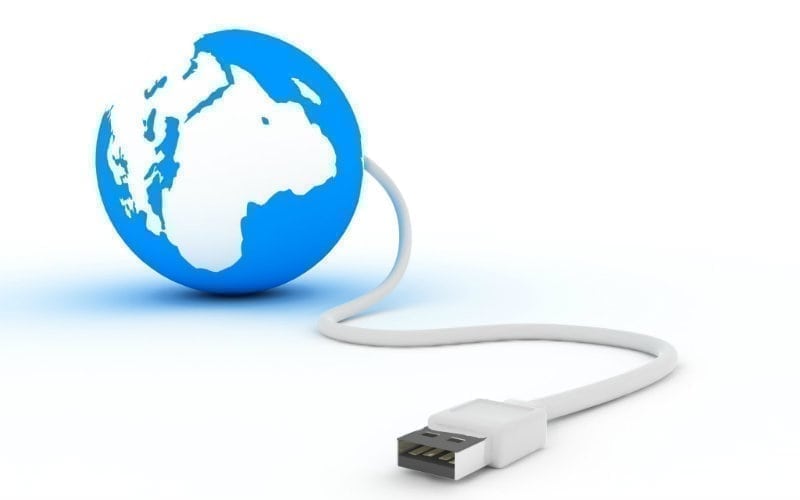 During the past few years, the Internet of Things has evolved from a term into a growing part of our lives. Still, we’ve only begun to tap the potential of connectivity between devices, machines, and people.

Let’s start with your average day. You wake up and tap an app to activate appliances such as coffeemakers and toasters. Then, you throw on running clothes and click another app to monitor your quick three-miler. Upon getting home, an urgent work email arrives; you respond, sending an attachment that solves the problem. Then, while rushing off to work, you click your trusty home security app, and the garage door closes while the security system activates. This very typical internet powered daily routine illustrates something that Terepac CEO Ric Asselstine feels is the ‘now-is-the-future’ scenario all businesses and individuals should heed.

“With this convergence of machines, devices, connectivity, and people, we’re now transacting our entire experiences, it would appear, on our smartphones,” Asselstine said. “The partitions between work, home, and play are starting to crumble. We now manage everything through our smartphones. It’s an entire ecosystem.”

Ecosystem – The Internet of Things

The ecosystem to which Asselstine refers, the Internet of Things, has run full-throttle for the past few years. Never have more devices, machines, systems old and new, and cloud-based services been interconnected. For those growing into the IoT, the millennials, it feels as natural and comfortable as breath. For older generations, it’s taken an adjustment. Yet, wherever we turn, the IoT is part and parcel of how we navigate the world.

“And it’s only just begun,” Asselstine said. “About 95 percent of the things that could be connected are not yet connected [according to Cisco]. There are a lot of claims that IoT is here and has already been done, but the fact is, almost nothing’s done yet.”

Asselstine makes a huge point. With products and devices flooding the market, claiming complete connectivity to all other devices, it is important to note that the IoT structure is still evolving. Alliances such as Z-Wave, Zigbee, Bluetooth SIG, and Wi-Fi have taken connectivity a very long way, but what about older business machines? Or more streamlined cloud services? Or continuing to grow capacity? Or relationships between companies, their suppliers, and partners?

Without question, it will be done, as the revenue stream for IoT is of global proportions. According to McKinsey, the economic value of IoT will reach $11 trillion by 2025 — about 65 percent of the 2014 U.S. Gross Domestic Product. That is a staggering sum and a reason why some companies are flooding the market with interconnected devices, while others are building the solutions to connect them further.

Mass proliferation is everywhere. The auto industry has already been revolutionized by connected car technology. Our music and movie libraries roam with us from home to phone, car stereo to media player. Cumbersome, outdated corporate and government legacy systems are being retrofitted with nodes to connect them with their digital counterparts.

“We see an evolving trend with how users interface with their systems – from voice command to glasses, watches and other wearables,” said On Controls CEO Itai Ben-Gal. “One commonality with all of these interface advances is personalization. Where an old hard-button remote on the coffee table was once the only interface for everyone, today each family member can benefit from a personalized interface within their smartphone, tablet or any of the modern wearable devices we see emerging on the market.”

Ben-Gal is speaking of IoT in action. We buy the devices, and we sync them to our tablets or smartphones. Then we reach out into the vast world of our life and work experience and interconnect every step of the way. All you need to do is glance at the apps on your smartphone, your personal hub, to see how IoT works for you. Likewise, in the business world, organizations are finding ways to better connect their back-end machines with front-end operations, the cloud, each other, and for some, their end-user customers’ smartphone apps.

The IoT boils down to relationships. That is where a flurry of behind-the-scenes work is going on. With tens of millions of devices certified as Z-Wave or Zigbee, home automation and connected car technology interfacing is growing tighter every day. Companies are working with affiliates, vendors, and sometimes even their own competitors to create connections and cloud-based services that serve the entire market. As Nexia’s George Land notes, “Established standards such as Z-Wave, Wi-Fi, and Bluetooth give people confidence that their devices will work with each other and also with many of the various control hubs out there. For example, Nexia uses Z-Wave and Wi-Fi to communicate with hundreds of compatible devices from top-tier manufacturers like Trane, General Electric, Schlage, Andersen, First Alert, and Pella.”

Which brings us to the Z-Waves, Zigbees, and Bluetooths of the world. These technologies have become buzzwords in the business world, but very few people know how they work. Cameron Trice of Jasco Products, a supplier of many products with one, two, or all three certifications, feels that the ultimate goal for the Internet of Things is that they need not know much about the certification standards — only that they work.

“The number one problem for wireless is the reliability of the signal, making sure the signal reaches the source and does what you want it to do,” Trice said. “Our value is combining a lighting control with a mesh network, connected to your phone via Bluetooth. We’ve combined them into one easy-to-understand technology. This is why you’ve seen so many lighting control brands come and go in the last 15 years. The biggest problem in lighting is the inability for devices to communicate with it. Through Bluetooth and a mesh network, you now have that solution.”