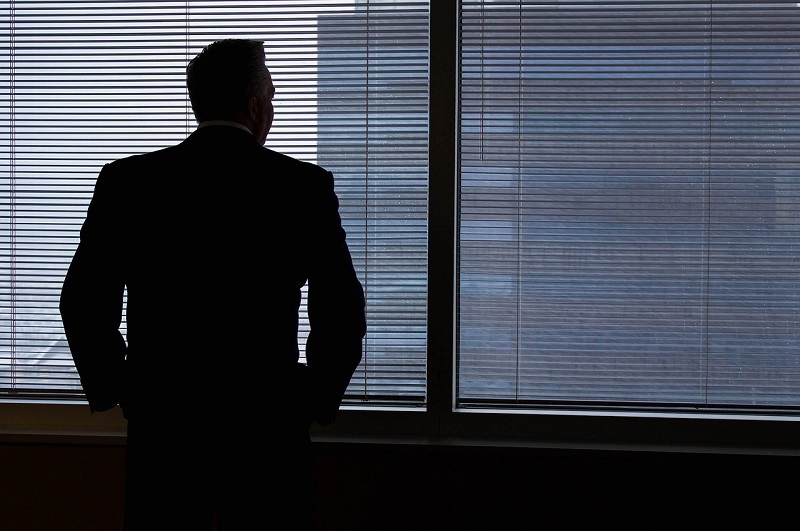 Starting a business is by no means easy. In fact, a common statistic you’ll see pasted all over entrepreneur-focused publications is that 90% of businesses fail.

Everyone seems to have their very own million-dollar idea, but there are many, many steps from idea to concept to product to sustainable business. Trust me, I know from my failed “whipped ranch dressing” startup. Really thought WhipThatSalad, Inc. was going to take off.

While many companies have promising ideas, most of them well end up in the bin. With that in mind, let’s take a look at startups that showed promise headed into 2018 and failed before 2019.

Have you ever been pulling your suitcase and thought, “I really wish there was some smart technology incorporated into this”? No? Well, then you’re probably one of the reasons that we won’t see Bluesmart in the overhead compartment anytime soon.

Okay, while it may not seem like the greatest idea in the world in hindsight, Bluesmart was one of those companies I continued to see on lists of interesting smart products that were coming in the future. The very first of its kind, Bluesmart was a smart and connected carry-on bag that hit well over its Indiegogo campaign goals in late 2014 (2730% of their original goal). To put that in perspective, that’s a lot of money.

Unfortunately, it was not meant to be. According to the Bluesmart website, the company is shutting down and has largely been acquired by Travelpro. The culprit? Those fat cats in Washington! Nahh, it was the airlines.

Apparently, with some policy changes that banned any suitcases with a built-in battery, Bluesmart was not long for this world. How could they not have the foresight to see that laws would randomly change and destroy their entire business model?

In a post-Big Hero 6 world, you would think that the entire world would embrace a cutesy robot with a penchant for good. However, apparently the world is simply too cynical for something that awesome. Kuri, a personable nanny/security/entertainment robot created by Mayfield Robotics, likely won’t be traversing your home and warming your heart anytime soon.

The robot had quite a bit going for it, with cameras to check up on pets, the ability to remember faces, and the ability to play podcasts and music. The company even won an award at CES 2017, which I assume was for “Cute Robot Most Likely Not to Succeed.”

Unfortunately, the company released a statement in the summer of 2018 revealing that production had ceased on the adorable robot that never was. People have gotten their refunds. Society has moved on to the next robot. I guess there was just no place for a happy-go-lucky robot companion in our cruel, angry society. Either that or it was problems with funding, my research was inconclusive.

The subscription service has been an extremely popular force in the 2010s. With everything from toothbrushes to razors getting the subscription treatment, it may not come as a surprise that even lawncare was a candidate for a subscription model. After all, having a faceless company do your chores is much better than getting any fresh air and exercise yourself or paying your neighbor’s kid to do it, thereby teaching them the value of a dollar.

While an interesting concept, EZhome’s subscription-based lawncare did not end up making it to 2019. While the company raised $20 million and was once valued as much as $102 million, the company was yet another casualty of the 2018 business landscape. At this point, I’m guessing that Thanos’ snap disintegrated half of the world’s startups as well.

While many of the startups on this list had ambitious goals, Shyp had one heck of a mission: taking on the post office. Hey, no complaints here. I’ll never forget the time they essentially charged me for three strips of scotch tape.

Yes, Shyp looked to be a simple, inexpensive way to ship anything you want. “Finally, a competitor to the post office’s long lines, expensive packaging, and lack of public restrooms!” most of us likely thought. But, much like the inventor of the water-powered car, the creator of Shyp disappeared mysteriously for taking on such big business. Alright, I’m just kidding. But the company did fold earlier last year.

Some of the startups on this list were pretty interesting examples of how an idea can blossom but fail to ultimately … finish blooming. Alright, I don’t know much about flowers. The point is, we’ve seen a lot of interesting tales of failure today. But this is the only entry that has the distinction of having a documentary made about it. Yes, the recently released The Inventor: Out for Blood in Silicon Valley takes a look at how a blood testing company tricked investors out of hundreds of millions of dollars.

How has the reaction been? Well, Mashable just posted an article with the headline, “The First Reactions to the Theranos Documentary Are In, and Yikes.” According to my English-Clickbait dictionary, that means that the company’s story is one shocking tale of poor funding choices.

In fact, looking back at this company’s rise and fall is so fascinating that there have been articles written connecting founder Elizabeth Holmes’ blinking patterns and lying. Come to think of it, learning how to do that could help me get my whipped ranch dressing company, off the ground …