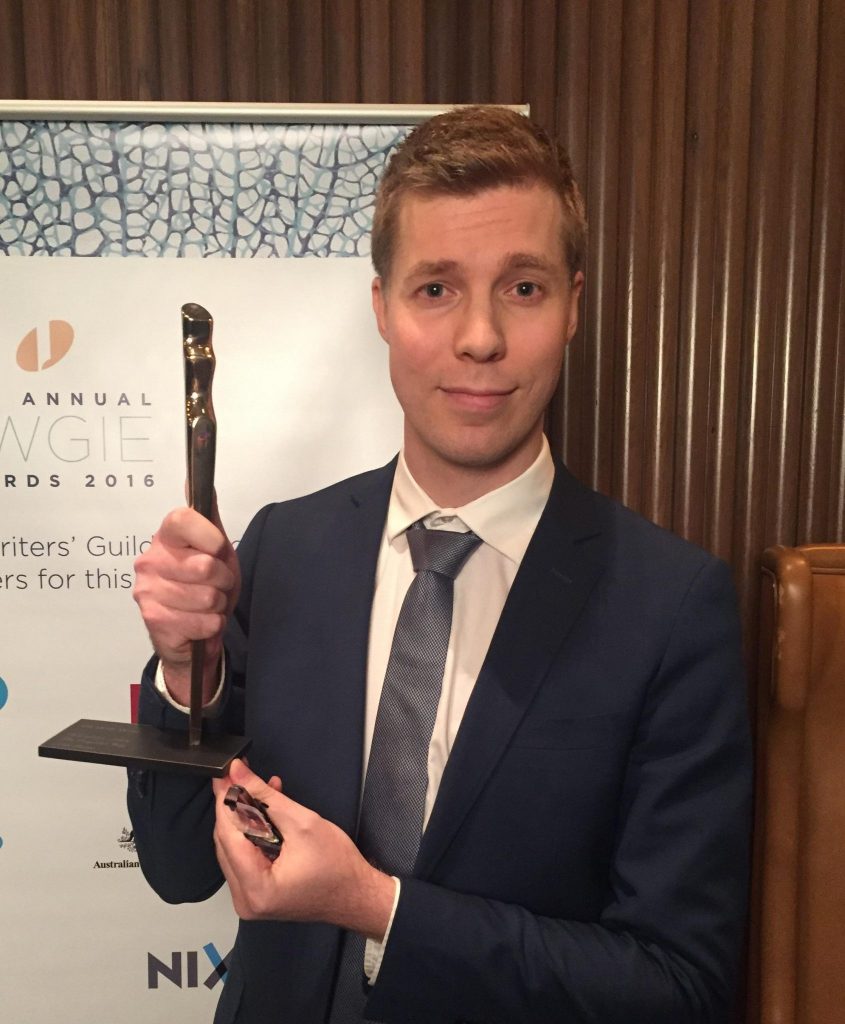 It’s his first mod, but when you traverse through this abandoned kingdom, you’ll think he’s done it for years. Nick Pearce took his once sprawling, empty city, and took the Skyrim community back in time. Dazzling, “The Forgotten City” would soon become one of the most popular gaming mods used in Skyrim. And the numbers don’t lie. Since it’s introduction onto the Xbox One, “The Forgotten City” has amassed over 115,000 downloads and counting. And this year Pearce was awarded the Australian Writer’s Guild Award in Interactive Media for this beautiful project. PC users may already be deeply immersed in this murder mystery mod, but Xbox One users now have one great treat to look forward to. In this exclusive interview, we chat with Pearce about his artistic endeavors in the mod world. 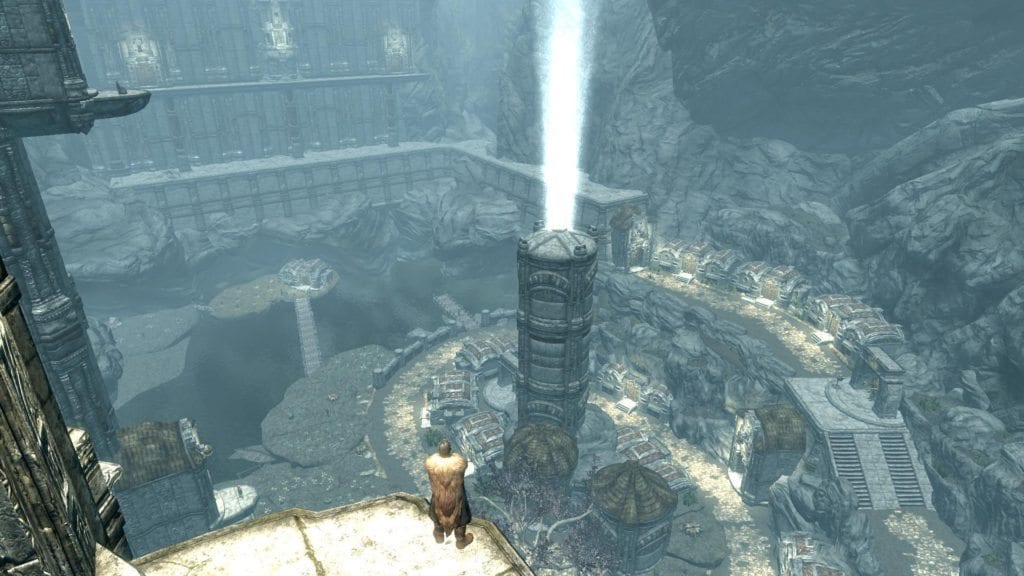 How did “The Forgotten City” first start? What was your original idea?

When the Skyrim Creation Kit came out, I’d never made a mod before, but I’d been inspired by other modders like Someguy2000 and I was excited about learning how to do it. I started by building a big, sprawling, underground Dwarven city in ruins. It was beautiful, but it lacked something; it was just a big empty stage. So I had an idea: Wouldn’t it be cool if you could go back in time, and see the city and its inhabitants before it was destroyed? And 1,700 hours later my first mod had evolved into “The Forgotten City,” a time travel murder mystery where you go back in time and try to stop a city from being destroyed!

What were some challenges in getting this project started?

The main challenge was that, when I started, I had none of the skills I would need to complete the project. I didn’t know how to design levels, write code, fix bugs, re-texture objects, arrange lighting, create characters and set their behavior, cast and direct voice actors, master audio, collaborate with a composer, or record and edit trailers. I just decided I would cross each bridge as I came to it. There were plenty of times I hit what I thought was a dead end – and I remember breaking out in a cold sweat – but each time I was able to find a way through. It was immensely challenging, but satisfying!

Can you share some fun experiences you shared with your team while working on “The Forgotten City?” 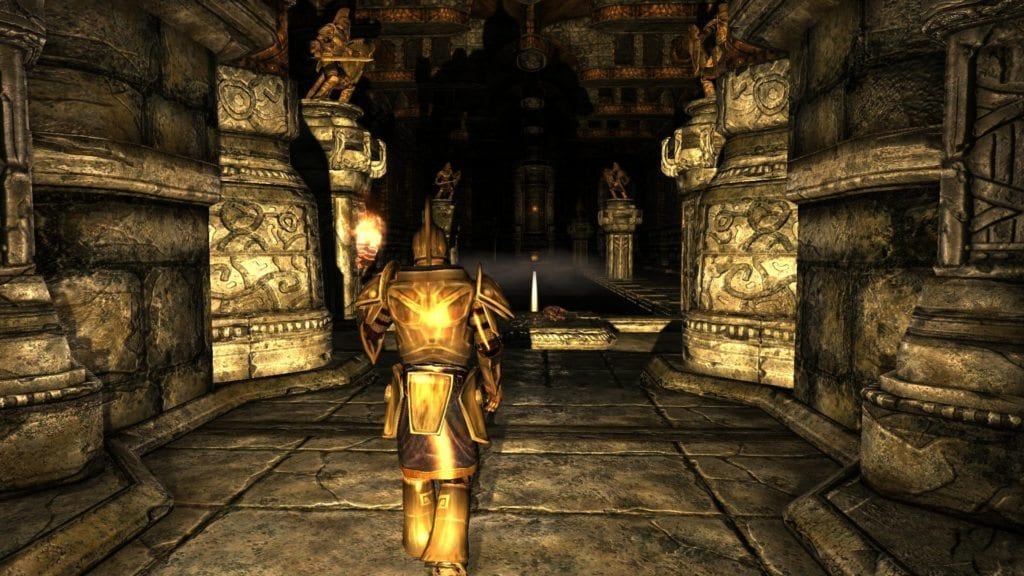 Well “the team” was really just me, right up until near the end when I got a composer and 17 voice actors involved. We started a private Facebook group where we still chat and share news; they’re all really lovely people from all over the world; the US, Canada, New Zealand, Australia, the UK, and France. One day, during crunch (in the lead up to release when I was working 12 hour days) I was exhausted and stressed out and trying to keep it together. I got a call from a phone number I didn’t recognize. It was a character from my game. “Nick, it’s Jarl Metellus!” he said. In that moment I knew I had finally lost my mind, and I just sat there, staring at the wall in front of me. Of course it turns out it was just one of my voice actors, who had found my number somehow.

The most fun we’ve had has been watching the community’s reaction to the mod. I’ve kept a bit of a feedback round-up here. It’s now been downloaded by over 250,000 people on Skyrim Nexus and Steam Workshop, and translated into nine other languages, promoted by PC Gamer, Kotaku, and IGN, and has won a handful of awards, including most recently the Writers’ Guild Award. That one is particularly special to me because my script was competing against scripts from commercial game developers and one gentleman with a PhD in creative writing. I think it’s incredib 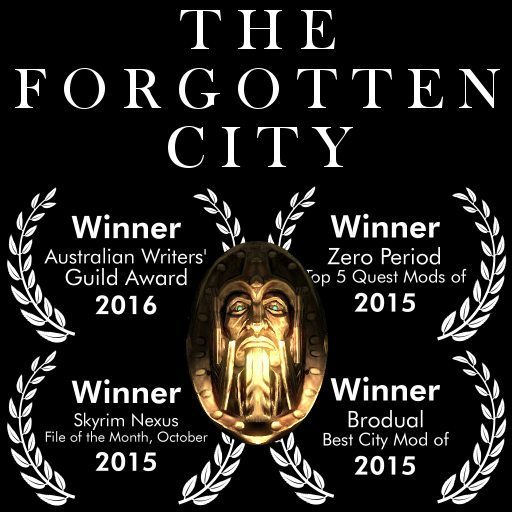 ly forward-thinking that the Guild recognized that a humble mod can be a work of art, in the same way as a screenplay or stage play.

Why did you choose to make your original idea into a mod?

The best thing about modding is that you get to take the creative risks that commercial studios simply cannot. If a studio is going to spend millions of dollars on a game, they need to know they’re going to get a good return on their investment, which is why big AAA games tend to be very similar to each other; they’re playing it safe.

With modding you can make whatever you want, without fear of failure; the worst case scenario is that your mod only appeals to a small niche of people, but so what? I took an action RPG about killing dragons and zombies, and modded it into a time travel murder mystery which punishes the player for using violence and requires them to think for themselves. I had no idea whether anyone would like it! To answer your question: I just made the game I wanted to play. Turns out a lot of other people wanted to play it too – and that is the beauty of modding.

How do mods add to the gaming experience?

Mods are great for a lot of reasons.

First, they allow users to customize and fine-tune their game, rather than having the same one-size-fits-all experience. On the Nexus there are almost 50,000 mods for Skyrim alone, so it’s easy to imagine that no player out there is having an identical experience.

Second, mods are a bit like mutations in Darwinian evolution, in that they often lead to fantastic innovations, which studios like Bethesda can and often do incorporate into their subsequent games. 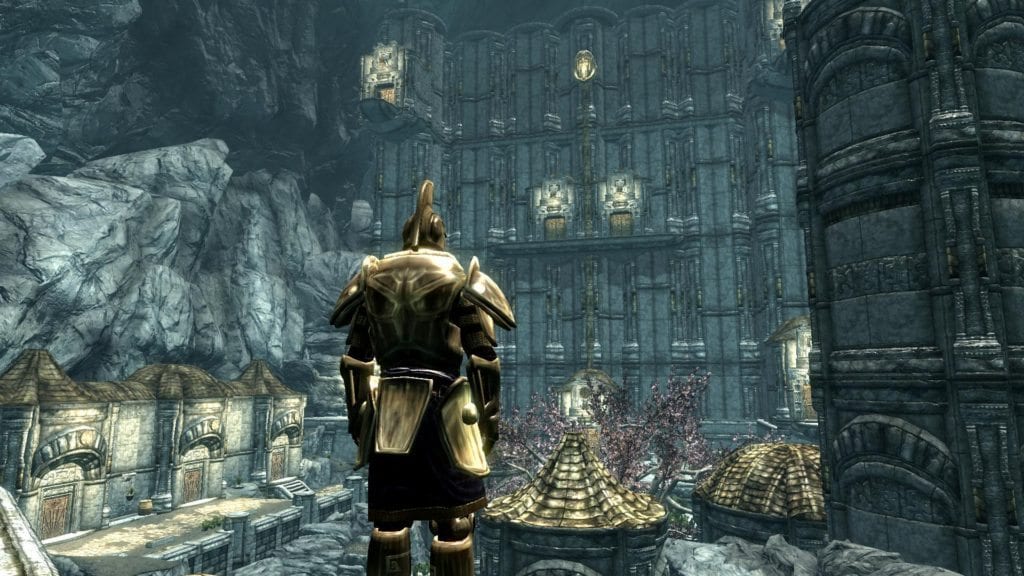 Third, making mods can be a lot of fun in and of itself. In some ways it’s more fun; I’ve found it activates parts of my brain that I’ve rarely if ever had to use when playing games!

Should other gaming consoles, outside of the Xbox One, consider allowing mod use on their systems? Why?

Absolutely. As you’re probably aware, Sony’s position is that it won’t allow mods with “external assets”, meaning that if I were to port “The Forgotten City” to PS4 it would be missing the original musical score by the extraordinarily talented composer Trent Moriarty and the 1200+ lines of recorded dialogue by the awesome cast, which are absolutely crucial parts of the mod. Essentially, Sony’s position precludes PS4 users from being able to enjoy most of the innovations that come from modding, which has understandably upset and disappointed a lot of their customers. I’m really hoping they respond to feedback from their customers and change their stance, because I’d love to share “The Forgotten City” with PS4 users!

Any other gaming projects we should keep an eye out in the future?

I’ll definitely be working on another game project before too long. I’ve been approached by a few game developers about joining them, although for now I’m hanging onto my job as a tech lawyer. But if the right game studio came along – maybe an RPG developer – who knows?