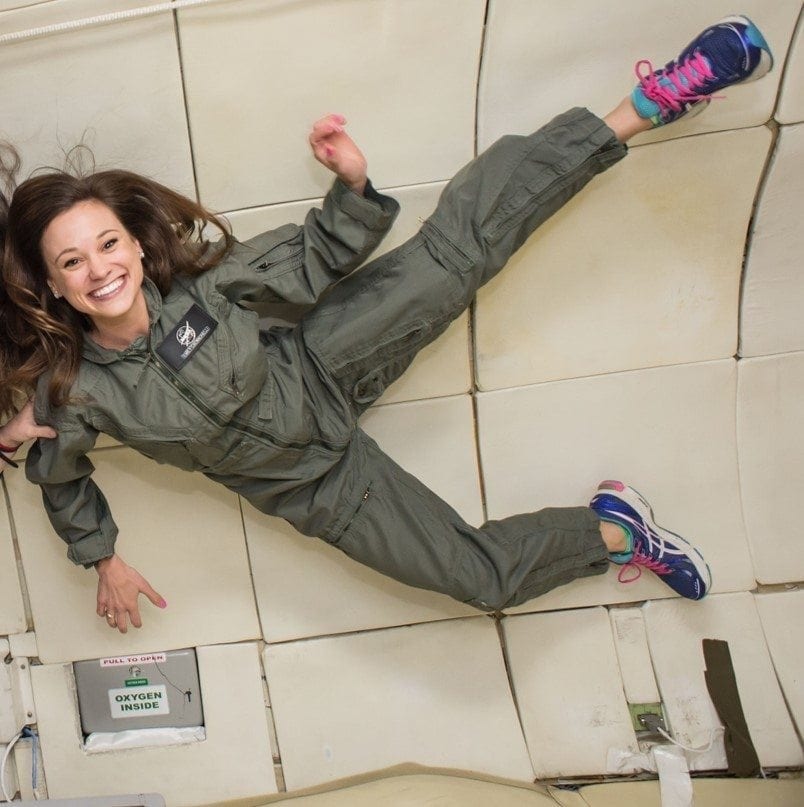 Bill Nye. Neil deGrasse Tyson. Michio Kaku. These three scientific ambassadors have much in common (including an appearance in these pages). They are all storytellers of science, raconteurs of rationalism – each with personalities engaging enough to turn hour-long lectures on physics into YouTube hits with views in the millions. They’re also figures that exemplify the goals and hopes of Emily Calandrelli, the 29-year-old host of Fox’s Xploration Outer Space.

“I value people that are very scientifically minded but are also great storytellers because I think those people can have an incredible influence on the world and be able to teach science in ways that your ordinary teacher can’t,” she says.

You can tell she works in television. Her tone is upbeat, her speech quick-drawn and sure. Talking to her is a little intimidating, I admit over the phone. We’re roughly the same age, and yet she’s earned two master’s degrees from MIT and has worked with NASA. But she’s remarkably (and ironically) down-to-earth – an outlook that dovetails with her role of popular educator. If you want the masses to listen to you talk about gravitational physics, it helps to be likeable. 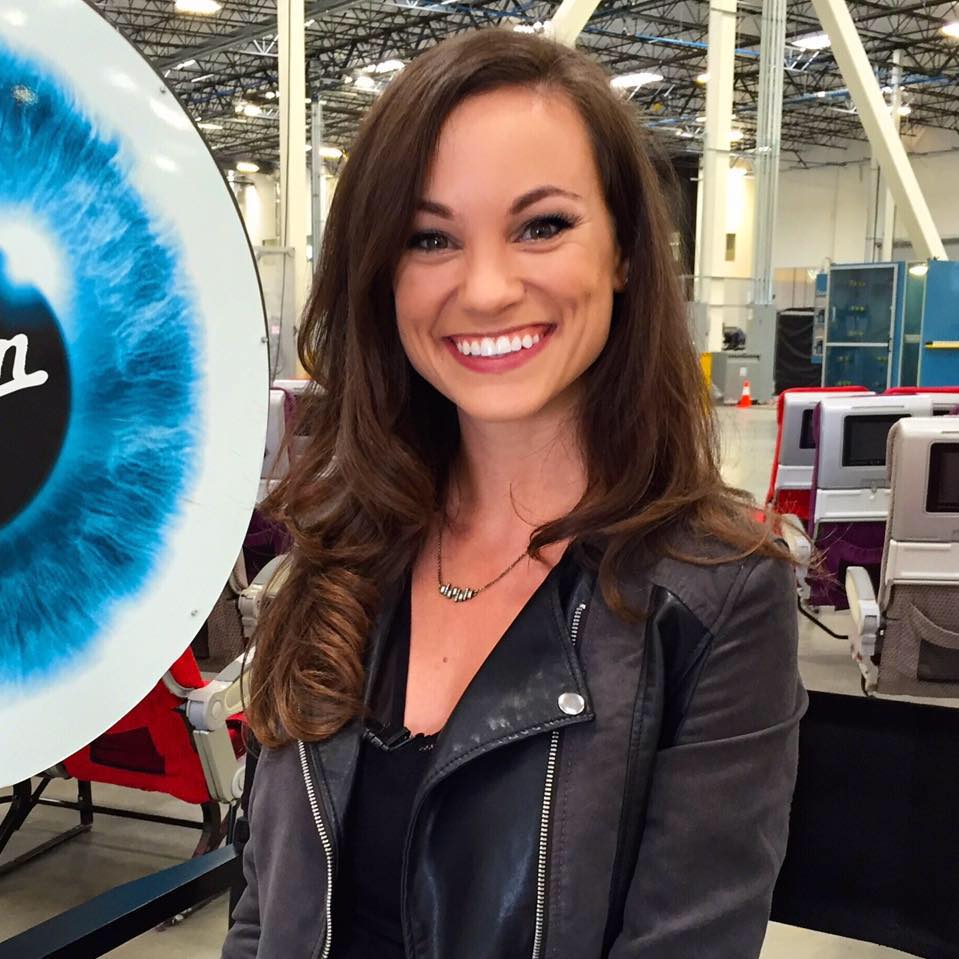 As visual media becomes the predominant mode of public access to ideas like string theory and wormholes, the presence of relatable, fun, and video-driven “pop-scientists” seems ever more important to education. Take the three personalities mentioned earlier. Of course, it could be argued that every hour a powerful mind spends doing an interview on CNN (complete with questions about aliens and robots taking over the world) is an hour of actual scientific work wasted. But the populist approach is nothing to be scoffed at, especially at a time when expert consensus on climate change is met with congressmen literally throwing snowballs on the House floor.

Indeed, according to Calandrelli, who received master’s degrees in Aeronautics and Astronautics and in Technology and Policy, it was when she realized that scientific life and political life were so intertwined that she took up the banner of popular science.

“Science can be incredibly influential,” Calandrelli says, “and policy can be incredibly influential on how science is perceived and how we create different laws and policies to affect things in the world around us.” Once you liberate scientific fact from the textbook, she claims, the division between politics and reality quickly dissolves. “Climate change,” she mentions as an example, “shouldn’t be a political idea. These are things that all scientists agree on.” 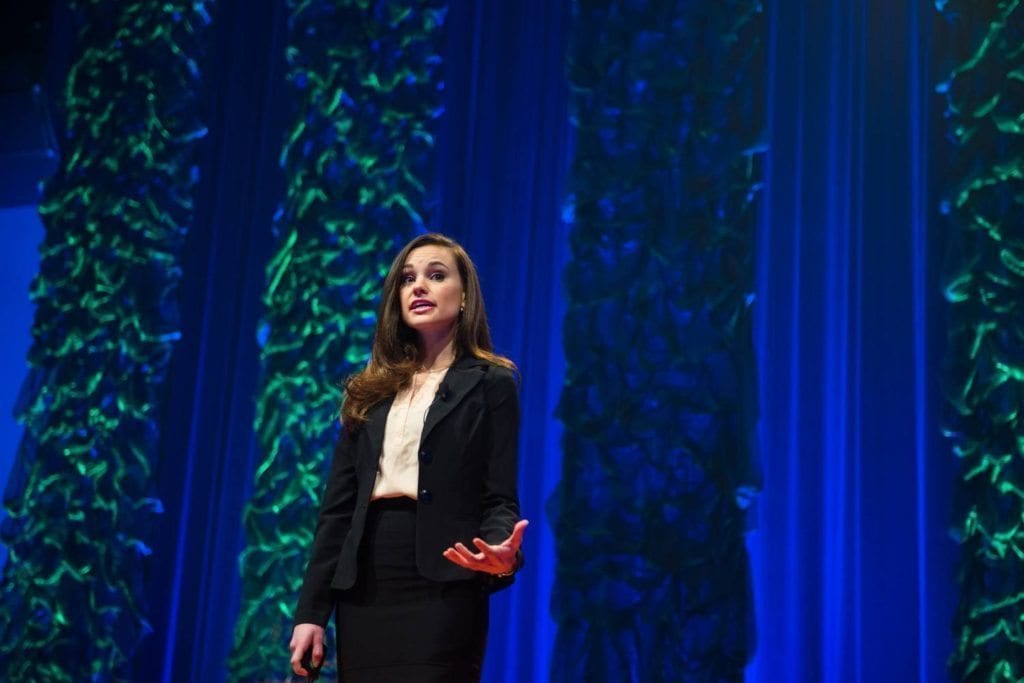 She compares this dynamic to how news of tobacco’s health effects was first received many years ago. “That was a political idea” she says, “because a lot of the companies thought it wasn’t bad for you or they didn’t want you to think that it was bad for you. But the scientific consensus was that it was bad for you. So, it’s interesting to me that just as soon as you say ‘climate change’…it becomes a political issue when in the scientific community it absolutely is not.”

Perhaps one of the reasons for this division between science and popular opinion is that science has long suffered from a public image problem, especially within the realm of pop culture. Just think of that archetypal male nerd from all those 80s & 90s movies: physically weak, socially inept, romantically hopeless. “Brainy” isn’t too much compensation if you’re a kid looking to this cliché for a potential role model. And even though we’ve started to make strides toward more glamorous mainstream representations of the masculine scientific mind (Tony Stark, for example), the “pop-nerd” field is still lacking ladies.

This deficit is of massive importance to Calandrelli, who’s been a steadfast advocate for involving young girls in STEM education. According to her, over the past few years pop culture has finally started to get the message that progress for women is progress for science:

I know a lot of incredible women on YouTube who have a background in science and who tell stories about science and educate people and they have a ton of followers on YouTube… We’re seeing a lot of really great representations on TV, on YouTube, across all of these different types of media. And I think that gives little kids people to look up to that are similar to them, more similar than, say, when I grew up.  And I think that is certainly helping. I mean, of course we have a high mountain to climb. There are still not very many women in many different STEM fields, but that is certainly helping.

She may have her work cut out for her, but Emily Calandrelli, or The Space Gal (as she calls herself online), remains stalwart in her mission to connect more people with the sciences through entertainment. Even riding NASA’s notorious Vomit Comet, she manages to pose, look at the camera, and smile.

You can watch episodes of Xploration Station on Fox to see and hear more from Emily Calandrelli. You can also find her on Twitter: @thespacegal. Look for her to appear in Netflix’s new show, Bill Nye Saves the World, coming soon.