The creator of SpaceX and Tesla talks deep space, Mars, cars, and his obsession with video games.

When Elon Musk shows up, you never know where the conversation will head. You know it will be fun, insightful, and informative – and off-the-wall at times, too. That’s the allure of spending time with this 48-year-old creative genius and technological wizard, the 21st century equivalent of Thomas Edison for the way his inventions and businesses have vaulted society forward.

Musk was his lively self when he appeared at E3 in Los Angeles in June 2019. He’d spent much of the year in the headlines, for reasons both good and bad. This included questions about the future viability of Tesla and SpaceX, two of the most progressive and visionary companies on Earth. However, when he sat for a panel presentation at the Microsoft Novo Theater, he was with his native tribe – video game enthusiasts. Musk’s first love, video game programming, remains an enduring passion.

“I’ve always been into video games,” he said. “The first time I programmed I was 10 or 11, but it was published when I was 12. It was called Blaster.” Attendees in their 30s, 40s, and 50s nodded in appreciation. “You’re a space fighter, blasting and fighting space aliens. I wrote the game, and did graphics and sound. There was no one else to do it, but it was a very simple game. I want to emphasize that.”

Fallout Shelter will bring the popular Fallout series to Tesla screens. It joins the run-and-gun video game Cuphead and Beach Buggy Racing 2 as games in development. They will be available in every Tesla model with an over-the-air software update. Beach Buggy Racing 2 includes quite a feature – direct wiring to the car’s braking and steering. “If you have a racing game, and you have a steering wheel – sitting right there…” Musk teased. “The way we have it, the brake is wired in. The scroll wheel is wired to the gas pedal. Sitting on the brake if you’re stationary isn’t a problem; sitting on the gas might be.”

There’s a catch: the games only can be played with the car parked. “The fun police make us park the car,” Musk chuckled. Attendees could see the very large child within him thinking, maybe one day backseat passengers can play from backseat consoles. “Our games come from a question we all ask at Tesla: ‘How can we make being in the car the most fun?’ If you’re just parked somewhere, waiting for someone, or on a road trip, it would be pretty cool to go to the car screen and play,” he added.

The other topic squarely on Musk’s mind is space. For anyone who’s skeptically viewed his decade-long effort to make SpaceX a leader in commercial space delivery and exploration, time to take heed: he’s deadly serious and he’s producing results. The founder of PayPal, Tesla, SpaceX, and Solar City sits on the front lines of sustainable driving, space exploration, and green energy – and now is pushing the envelope on Moon and Mars exploration. SpaceX has been delivering goods to the International Space Station with his highly efficient fleet of rockets and vessels; the rockets now can land vertically on floating platforms in the ocean. This development alone will save billions as NASA, SpaceX, and the other commercial space ventures ramp up for Moon missions and habitation in the 2020s, and Mars missions hopefully by 2035-2040.

“It makes no sense to spend billions on a multiple-stage rocket, use it once, and that’s it,” he said. “There’s nothing sustainable or efficient about that.” One-use, multiple-stage rockets were exactly what transported the Apollo astronauts on 10 missions to the Moon from 1968-72 (six resulted in moonwalks). “In today’s world, that would be viewed as unsustainable, a waste of resources, but back then, what they did was remarkable. They created technology out of nothing, made it a national effort with 400,000 workers putting those guys on the moon… and now, in the United States, we don’t even have a spacecraft capable of carrying anyone into Earth orbit. We need to get back into space.”

One of Musk’s greatest qualities is his vision, his sense of the wider scope of things and how they might play out. Another is his unbridled optimism for the space technology now being developed – and the potential of humankind to explore other worlds to continue our species if, God forbid, our Earth becomes too hot to be habitable (sadly, a possibility within two or three centuries). “I honestly feel, with the technological capability we have today, and the potential for further development, we can make it to the Moon in two years and to Mars in four,” he said.

Official NASA estimates for Project Artemis, its next lunar mission, call for a manned landing in 2024 – including the first woman on the Moon. The most optimistic date for a Mars mission falls in the 2035-2040 range. However, as he is wont to do whenever anything aspirational starts moving forward, President Trump pumped the brakes when he chastised NASA Director Jim Brandenstine at an Oval Office ceremony to honor Apollo 11 astronauts Buzz Aldrin and Michael Collins on the 50th anniversary of their historic mission in July 1969 (the late Neil Armstrong, the first to walk on the moon, was represented by his widow, Carol). Not hard to see why Musk quit the President’s Economic Council. Musk has little tolerance for narrow minds standing in the way of humankind’s evolution or quest to imagine, create, and explore.

So far-forward is Musk in his thinking that he’s already married SpaceX’s development of Mars rockets and spacecraft to his boyhood love of video games. “We’re even looking at developing video game platforms for our space capsule, for crews going to Mars,” he said. “That’s going to be a long flight out there.”

Musk’s lifelong love of video games and their many societal and developmental benefits is so profound that he feels they’re directly involved with the larger projects and technologies he’s developed in the past 20 years. “I thought seriously about creating video games as a career, for sure. Seemed like it would be sort of fun,” he recalled. “I even worked at a gaming startup, strangely enough called Rocket Science. Fate loves irony, right? I worked there programming games, about 25 years ago.

“The reason I got interested in technology was video games. They’re a powerful force for getting kids into technology. The effects for kids, in this day and age, are far more positive than people realize. When we’re interviewing someone for a software engineering role at Tesla or SpaceX, we’ll ask, ‘How did you get started programming?’ More often than not, they’ll say, ‘video games.’ Problem solving in video games transfers to a lot of software engineering skills, and demand is going to keep growing for that.”

From video games, Musk moved into a love of cars; in particular, sustainable vehicles with futuristic qualities. As he discussed that point, one could almost view the Back to the Future movie franchise looping through his prodigious mind.

“My original plan was to go to grad school at Stanford, and study the use of ultra capacitors on electric vehicles,” he said. “I always wanted to do electric cars, working on sustainable energy. Basically, I kept asking the same questions whenever ideas came up: ‘How can this be used in the future? Will this be good for the future?’ In order for the future to be good, we have to have sustainable energy. We need sustainable production and consumption of energy, making solar panels ubiquitous and making electric cars appealing. We want to continue to be an exploratory species, reaching out, so that brings in the rockets.”

Within those hundred words, Musk gave everyone at E3 a good look at how he thinks and operates. He brought businesses and individuals into the online payment world with PayPal, took (and is still taking) sustainable and self-driving auto technology to a new dimension with Tesla, and now he eyes the heavens, both for exploratory and commercial purposes, through SpaceX. He’s one of those very rare souls who is both a great futurist and a great technologist – and one who will not be slowing down anytime in the next couple of decades.

In the meantime, during his little bits of downtime, what can we find Musk doing? “I’ve been a fan of Bethesda Softworks games for a long time. I play the Fallout 3 game a lot. I’ve explored every corner of that game. I also play Fallout 4; that’s great,” he said to cheers from the E3 crowd. “[A couple years ago], I was having a birthday, and I wanted the statue of Vault Boy. I’m sitting there talking with someone about it, and it’s like two nerds knowing what the other is saying – but everyone else in the room is going, ‘What are they talking about?’ I liked that. Kinda cool.”

He’ll also continue to keep himself somewhat mysterious… typical of a visionary and an inventor. 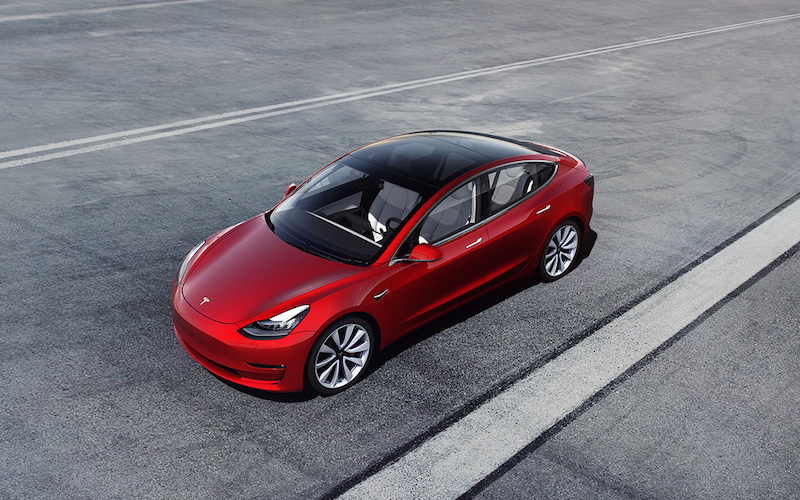