E3 officially kicks off today but the preliminary press conferences have already begun in full force. Some of the major names in video game development began holding press conferences Sunday. Already, there have been some exciting developments. Out of Microsoft’s press conference came a brand-new Kingdom Hearts III trailer, featuring the world of Frozen, while Ubisoft announced Assassin’s Creed: Odyssey. However, one of the most anticipated announcements came out of Bethesda’s press conference on Sunday, where they officially revealed details around Fallout 76, the newest installment in the Fallout universe that has been shrouded in mystery since it was first announced. Here is what we now know about Fallout 76. 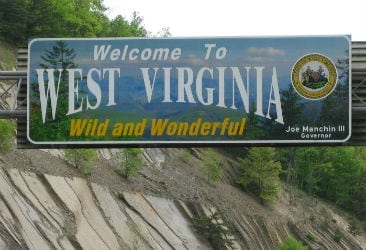 In case you couldn’t guess from John Denver’s “Country Road” echoing throughout the teaser trailer, this Fallout installment will be taking place in West Virginia. The map, which is four times the size of Fallout 4 takes players through the hills of West Virginia before any of the events in previous games. While other installments have taken place in desolate wastelands, this prequel is full of trees and greenery, providing a whole new Fallout landscape to explore. Todd Howard, Game Director of Bethesda Game Studios, described it as an “untamed and very different wasteland.”

In the game, you are the first to emerge from Vault 76 after 25 years of waiting. Your quests will take you through six different regions, all with their own styles, risks, and rewards. For the game, Bethesda employed all-new rendering, lighting, and landscaping technology, allowing for 16 times the detail.

The word around the rumor mill was that Fallout 76 was going to be a fully multiplayer survival game. During the press conference, Howard confirmed that but, at the same time, answered some potential questions. Firstly, “Of course you can play this solo,” he exclaimed. He then described the gameplay as more “softcore survival,” meaning death does not mean the loss of progression or character.

Players can choose to explore the world by themselves or with their friends. The game features new building mechanics, allowing players to construct settlements wherever they so please. There are even multiple active nuclear missile sites that can be activated with the right codes. It’s safe to say that whether alone or with friends, Fallout 76 will have no shortage of entertainment. 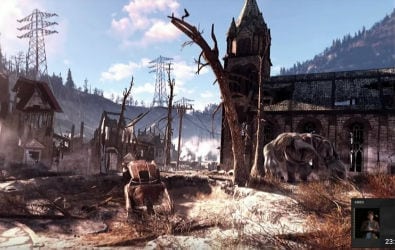 While Fallout 3, Fallout: New Vegas, and Fallout 4 all shared similar varieties of creatures and monsters, Fallout 76 looks to employ a whole new lineup with some classics mixed in. During the press conference, Howard explained that some of the monsters are inspired by West Virginia lore. The Grafton Monster is one example.

The West Virginia wasteland will also feature a new flying beast by the name of “Scorchbeast,” and even giant sloth monsters. But don’t worry, there are still Deathclaws. 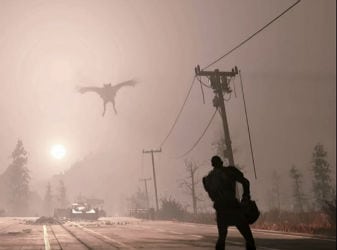 To end the presentation, Howard announced that Fallout 76 will hit shelves on November 14, 2018. He also mentioned that there will be a B.E.T.A. (Break it Early Test Application, as he described it) available before release in order to work out any bugs in the game. As E3 rolls along this week, more information may become available. However, it’s safe to say that after November 14th, many longtime Fallout fans and newcomers alike may spend their winter exploring the hills of West Virginia.

Love our E3 coverage? Make sure to follow us on social media and check out our E3 Prize Pack Giveaway here.