It may be hard to believe that drones are used for anything outside of military operations or Amazon deliveries. However, these unmanned vehicles have a variety of applications, helping people do everything from mapping landscapes to monitoring construction sites. Their maneuverability and convenience allow them to access places that would be too difficult or expensive for humans. Drones provide a unique point of view for a multitude of industries, and people are finding many creative ways to take advantage of this technology. That said, here are a few exciting, non-traditional uses for drones from around the world. 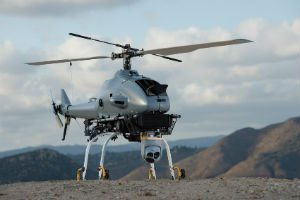 Drones can easily go places that are too dangerous for humans. That’s why NASA, the National Oceanic and Atmospheric Administration (NOAA), and global security company Northrop Grumman teamed up to use long-range Unmanned Aerial Vehicles (UAVs) to monitor storms as they evolve. The drones they use can reach and stay in stormy areas that would be hazardous for manned planes. UAVs allow the team to safely track storm evolution data in hopes of improving future prediction powers.

With the use of thermal sensors, drones can be especially helpful while looking for missing persons. In Saskatchewan, Canada, a disoriented victim of a car accident had wandered off in a remote location. A ground search and air ambulance with night-vision gear failed to find him. However, after a cellphone call from the driver hinted at his whereabouts, a drone with thermal sensors was deployed and quickly found him, saving the driver from a potentially fatal night in subfreezing temperatures. 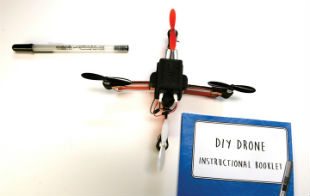 DIY drone kits are perfect for STEM education pertaining to engineering. For instance, the Drone Kit by Circuit Scribe allows the user to build their very own drone using cardboard. Using a non-toxic conductive pen (the Circuit Scribe) to draw the traces from the hub to the propeller and make the electrical connections, builders can configure the drone, attach the propellers, access the controller app, and watch the drone fly away. The DIY kit allows students to build the drone in different ways to see what design flies best, providing some basic introductions to aerospace engineering.

Agriculture has been using drones longer than most industries. The most prominent example is in Japan, where drones are used to monitor and tend to farms. The steep hillsides that host many of Japan’s plantations make them almost impossible to access with a tractor, while a drone can treat an acre in just minutes. The UAVs allow for the precision application of pesticides, water, and fertilizers. Drones can also better identify exactly what resources are needed where benefitting both the environment and the farmer. 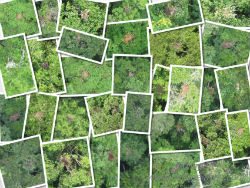 Many government and conservation organizations use drones in wildlife protection efforts. It is especially helpful for animals that are difficult to track from the ground. The Orangutan Conservancy uses drones to identify the animals’ distribution and density in Indonesia and Malaysia. A process that would be slow, costly, and inefficient by ground due to the Orangutan’s thick forest habitat is made quicker and cheaper by the use of drones.

From top: The two yellow-and-black pods under the wings of NASA Global Hawk house atmospheric measurement probes. The Rotary-Bat, which is based on the Yamaha RMAX used for agricultural treatments, stands ready for any rapid deployment search and rescue, power line inspection, border patrol, and forest fire observation. (Middle) DIY STEM drone. (Bottom) A photo-collage of ~35 orangutan nests in SE Asian rainforests taken by cameras on board Conservation Drones.