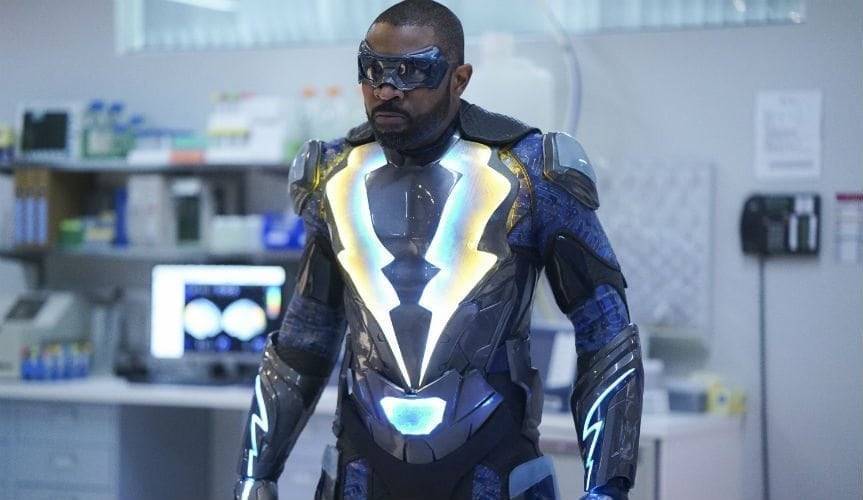 Cress Williams made his debut as the titular hero in Black Lightning in January of this year. However, as we learned in our exclusive interview, he had wanted to play a superhero throughout his career. A longtime fan of superhero media, Williams opened up about the unique universe of the Black Lightning television series.

Cress Williams: I think the producer/creator of the show, Salim [Akil], has been pretty clear that we’re not really a part of the Arrow-verse. I know everybody wants us to be, and I still see tweets going, “Another Arrow-verse show.” But we’re not part of it. I think he’s even talked about, it would be really great to create a new universe. I think he coined it the “Lightning-verse.” Because I know a lot of people have been screaming about — not screaming — but chiming in that they would love to see Static Shock. With my daughters, you can tell in the early episodes that they’re going to develop powers. It almost lends itself to other heroes and creating another ‘verse that would, if it’s rooted in Black Lightning, then all the other shows in the ‘verse would be socially conscious and kind of rooted in more real life.

Personally, I don’t think it would really translate. If we tried to fit ourselves into the Arrow-verse, we’d have to completely change the style of our show. If the Arrow-verse tries to fit into ours, it’s also changing the style of their show. They’re very different.

Make sure to check out the full interview with Cress Williams in the spring issue of Innovation & Tech Today, available digitally and at Barnes & Noble across the U.S.