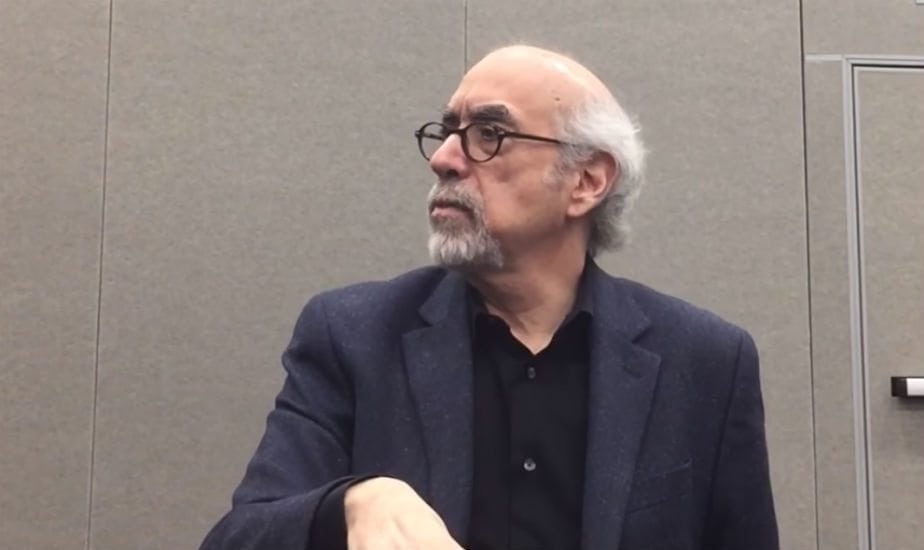 Comic Creator J.M. DeMatteis On His Next Big Project

Not many comic creators can say they’ve worked on series starring such iconic characters as Batman, Spider-Man, and Wonder Woman. However, comic book writer and scripter J.M. DeMatteis has worked on all three, along with comics starring Green Lantern, Justice League, and a rebooted version of the Scooby Doo gang. In this exclusive interview, we discuss his comic creating process, changes to the industry, and his next big project.

J.M. DeMatteis: Thanks to someone I knew at Marvel, I managed to sell a few pieces to Crazy (Marvel’s Mad knock-off), but couldn’t break through to the comic book side. I finally did it the old-fashioned way: through the slush pile. Sent in some sample scripts to DC and was told that Paul Levitz—a great guy and wonderful teacher—was looking for material for the DC anthology titles (House of Mystery, Weird War Tales, etc.).  I kept submitting ideas over the course of a few months until Paul finally bought one. I still remember the dizzying moment when Paul shook my hand and said “Welcome to the business.” Working on the anthologies was a fantastic way to learn the craft, writing six-to-eight page stories that demanded strong plots and characters in a very limited space. I eventually started working with other DC editors—most notably Len Wein (who believed in my talent even more than I did.  And what a gift that was)—and made my way from the anthologies to superheroes. Then Jim Shooter—another superb teacher—invited me to come over to Marvel and I’ve been bouncing around between companies ever since.

I&T Today:  Where do you generally get your inspiration from?

J.M. DeMatteis: With original, creator-owned work, I don’t really look for inspiration, it comes to me. I’ll wake up in the morning and suddenly see a movie playing in my head—a new story unfolding before my (inner) eyes—watch it for a while, then rush to the computer to get it down.

Working with established characters, whether in comics or animation, is a little different—because you’re creating to a specific world and purpose. And, especially in TV, you’re often being asked to execute someone else’s vision. Your job is to add your vision to the producer/story editor’s, bringing in as much of yourself and your unique POV as possible. That said, once things begin cooking, those inner movies start playing and the stories take on a life of their own. At least they should if things are going right. If they’re not, it might be time to find another gig.

J.M. DeMatteis: There’s no process for me beyond following the story. I see stories as living, breathing things and my job is to get out of the way and let it lead me where it needs to go. The more I get in the way, the more I screw things up!

J.M. DeMatteis: It’s transformed every aspect of the process.  As far as writing goes, I remember the days of the typewriter when I had to sit and sometimes roll the same page in a dozen times over to get the words right. Working on a computer takes away so many walls between the unconscious mind and the page. There’s a different flow. I’m waiting for the day when you can jack the computer right into your head and just let the story flow straight from the unconscious onto the page without any intermediary.

On second thought, that sounds a little scary.

J.M. DeMatteis: I think the difference between a successful and unsuccessful writer or artist is often a question of will. I’ve seen very talented people fall by the wayside and others—perhaps not as talented—make it because they never gave up. They had a fierce will and kept knocking on doors, practicing their craft, until they made it as a professional. Rejection is a huge part of being a freelancer—you’re often getting doors slammed in your face, running into walls—and you’ve got to have a very hard head.

If the creative life is your passion, then you have to commit to it one hundred percent. I like to say that if you follow your passion it may not lead you where you expect to go, but it will always lead you someplace good.

I&T Today: Is there a project you’ve been a part of that you’ve always regarded as your personal favorite?

J.M. DeMatteis: I’ve been doing this so long that I can’t name just one, so how about three? Brooklyn Dreams, Moonshadow, and Abadazad. But I’ve been at this for decades and there are many more projects—both originals and Marvel-DC projects—that are very near and dear to my heart.

J.M. DeMatteis: I recently completed work on the upcoming John Constantine animated series, Constantine: City of Demons. It will run first as individual episodes on CW Seed and eventually be released as a feature, with extra story material, for both DVD and streaming. I’ve also been writing for Marvel’s new animated Spider-Man series. Just about to start my third episode.

In comics, Keith Giffen and I continue to co-write Scooby Apocalypse for DC—and I’ve got two creator-owned originals coming later in the year: Impossible, Inc. for IDW, which should be out in September–illustrated by the great Mike Cavallaro. It’s a big, playful cosmic adventure and it’s been a delight to work on so far. The other project, which should be out in October, is under a veil of secrecy for now. It’s a spooky, reality-twisting tale that I’m very excited about.