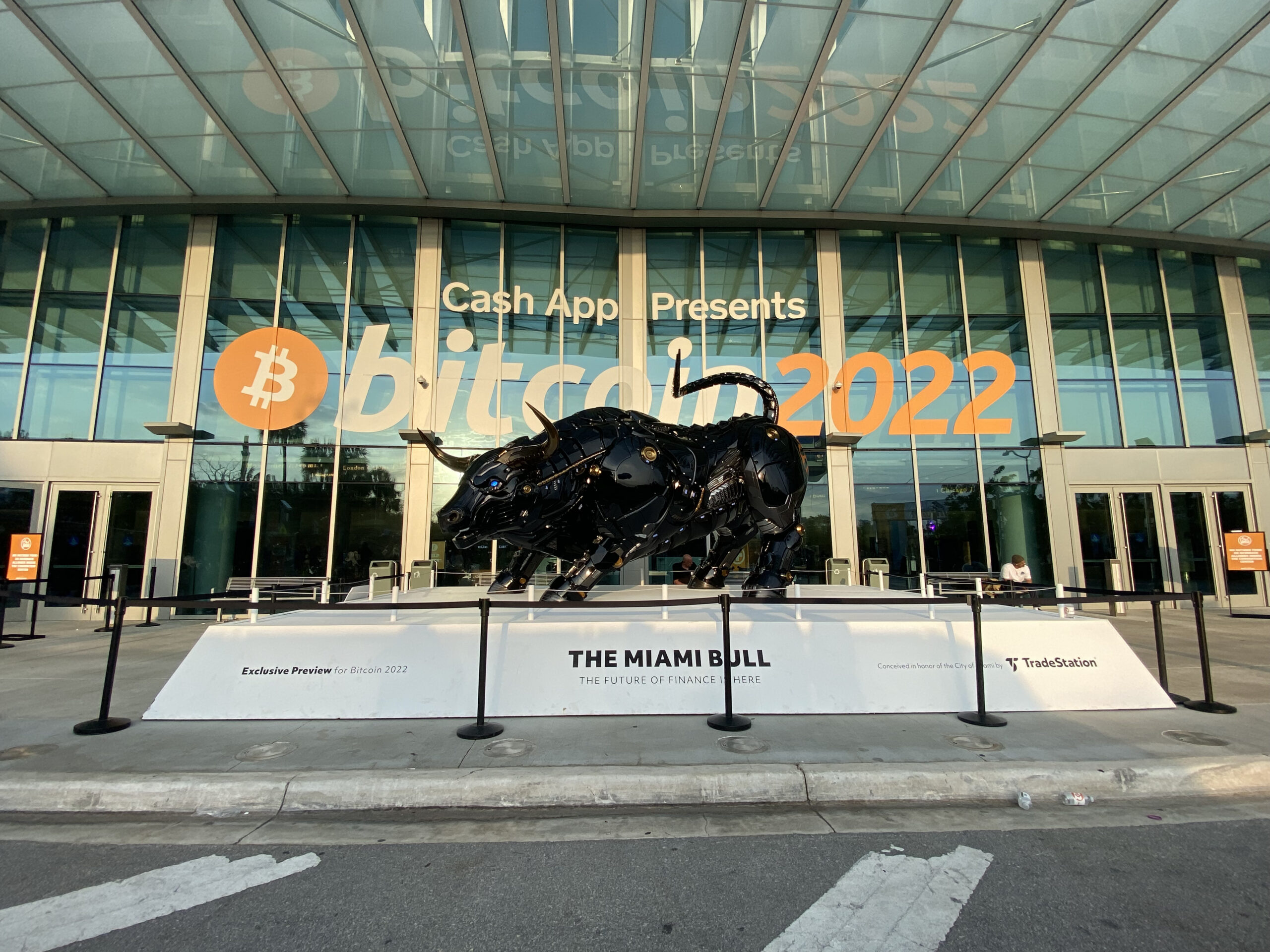 Bitcoin 2022 Recap — Bigger, Bolder, and Beyond

In January 2018, Solve.Care CEO Pradeep Goel spoke at the North American Bitcoin Conference (TNABC) at the James L. Knight Center in Miami. At that time, TNABC was the longest-running, most-attended finance conference for the blockchain and cryptocurrency industries, with each event attracting thousands of attendees.

Fast forward four years to March 2022, I found myself back in Miami, but now at the Miami Convention Center alongside 30,000 other Bitcoin enthusiasts for the Bitcoin 2022 conference. If there is any doubt about how mainstream cryptocurrency has become, one need only look at the impressive keynote speaker panel and the number of global attendees.

This conference was created to explore technological advancements, financial empowerment, and the countercultural influence that surround the open-source technology.

To kick off the conference on Industry Day, Miami Mayor Francis Suarez unveiled an iconic black, 11-foot-tall, 3,000-pound robotic bull with blue laser eyes, a futurist statue reminiscent of the Charging Bull on Wall Street in New York City. Cheered on by spectators, he said the city’s plan was to “become the Bitcoin, blockchain, and mining capital of the world.”

Peter Thiel, a co-founder of Paypal, was among the most riveting of the speakers. He boldly stated Bitcoin was the inflation-proof reserve currency of the future. He also said Bitcoin warned central bankers about rising inflation and that ignoring the warning would have serious consequences.

Accompanying his talk were many comical, clever, and overtly anti-establishment slides, showcasing the “enemies” Thiel felt were holding Bitcoin’s value back. His address eventually took a more inspirational tone as he ended his keynote with a cry to the audience to “take over the world “ and the young audience cheered back in agreement.

“Bitcoin is not a company,” he said. “It does not have a board. We do not know who Satoshi is … The finance “gerontocracy” that runs the country through whatever silly virtue signaling slash hate factory term like ESG they have versus what I would call — what we have to think of as a revolutionary youth movement.”

Other crowd favorites at the Nakamoto (main) stage included keynoter billionaire cryptocurrency bull Michael Saylor, CEO of Microstrategy, and Cathy Woods of Ark Investment Management, who shared the stage to express their support for Bitcoin. The audience could not get enough of their bullish market analysis and insight.

Saylor stated capital markets were embracing crypto more, while Wood said she anticipates roughly 2.5% of institutional assets would be allocated to Bitcoin in the coming year with a 2030 Bitcoin price estimate of $1 million.

A standing ovation greeted the most popular speaker. Jack Maller, CEO of Strike, “the architect of El Salvador’s Bitcoin project,” and one of the 2021 Forbes 30 Under 30, entered the Nakamoto stage wearing a hoodie, jeans, and a cap as he wrapped up the second day of the conference. After presenting a series of engaging slides mapping the history of the advent of the credit card, Maller reiterated his point.

He then announced Strike has partnered with Shopify’s global network of merchants to allow for payments across the Bitcoin Lightning Network. Strike has also partnered with NCR, the world’s largest point-of-sale (POS) supplier, and with payments firm Blackhawk to ultimately help merchants save on processor fees.

Another noteworthy announcement came on day three from Adam Back, CEO and co-founder of Blockstream. Back announced Blockstream would be taking innovative steps in the mining industry, including teaming up with Tesla on an open-source solar-powered Bitcoin mine to be powered by Tesla’s 3.8-megawatt Solar PV array and its 12 megawatt-hour Megapack.

After attending the Bitcoin 2022 conference in Miami and being updated on some of the numerous technological advancements surrounding blockchain open-source technology since 2018, I couldn’t agree more with Back’s statement.

“Bitcoin is not the question. Bitcoin is the answer.”