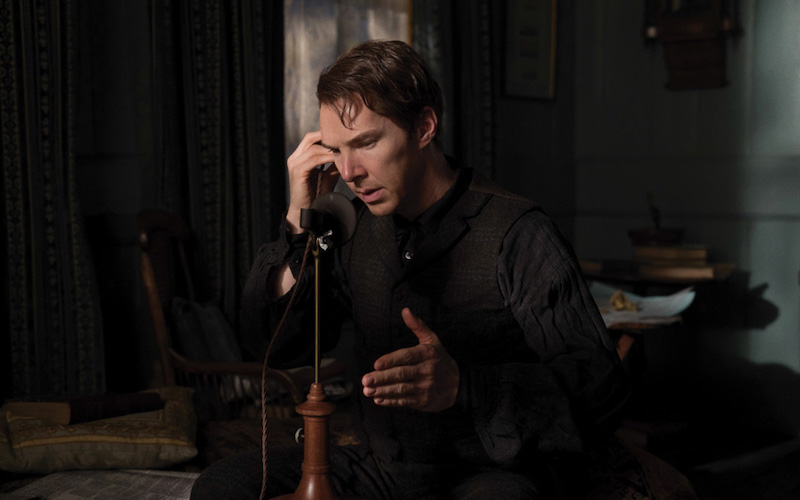 Competition breeds innovation. History is full of rivals who, by working against one another, continuously pushing to be better, have inadvertently contributed to the greater good. Apple versus Microsoft is one such example, paving the way for computing as we know it today. There’s Elon Musk’s SpaceX versus Jeff Bezos’ Blue Origin – the modern day space race. However, few rivalries have changed the world as much as the War of Currents. It was a battle of entrepreneurial titans, of AC versus DC, of George Westinghouse versus Thomas Edison. Now, Benedict Cumberbatch and Michael Shannon are bringing the story to the big screen.

With Edison’s new commercial applications of electricity, a debate ensued over the most efficient way to distribute power to the masses. Edison Electric Light Company represented the low-voltage direct current (DC) argument, while Westinghouse Electric Company embraced the high-voltage alternating current (AC). As both parties began to establish their generators around the country, AC began to spread quickly since it was able to reach more people.

However, it came under fire in early 1888 when Edison’s company made claims that AC was hazardous. Their claim was justified that spring when there were a series of deaths caused by pole-mounted high-voltage AC lines in New York City. In the end, AC would still win out in 1892 when Edison Electric merged with Thomson-Houston (forming General Electric) and began working with AC. That’s the importance of competition in business. Edison had a discovery, Westinghouse and Nikola Tesla improved upon it, and now a power that was once considered godly can be controlled by flipping a switch.

Now, with The Current War, the story of this famous rivalry is coming to the big screen. The Sorcerer Supreme himself, Benedict Cumberbatch, explores the very real kind of magic in Thomas Edison’s use of electricity, while the versatile Michael Shannon plays successful businessman and entrepreneur George Westinghouse. Slated to release on October 25, 2019, The Current War explores this famous rivalry of the two titans of electricity. We had the opportunity to discuss with Cumberbatch and Shannon the various aspects of their characters and this historic conflict.

Click here to read our interview with Michael Shannon, who portrays George Westinghouse in The Current War

Innovation & Tech Today: What did you do to prepare to play the man who’s been called “America’s Greatest Inventor?”

Benedict Cumberbatch: Well, I read much as I could… There was an excerpt of his diary, which is a little known publication (I think out of print now) that production managed to get a hold of for me. That was a wonderful insight…

I researched into specifics to do with his deafness, to do with the electric current and its distribution. I was speaking to people who know a lot more about these things, including our art department on the film itself in pre-production, who were pretty fantastic. I always find that leaning on some of the experts around you is an incredibly helpful thing to do. Then the book itself that it’s inspired by, [War of the Currents]. It’s an amazing story of three men, three titans of invention. 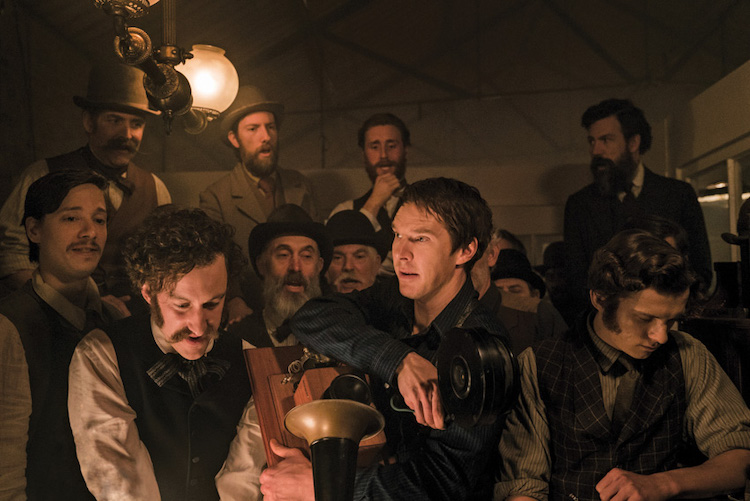 I&T Today: Did you learn anything about him that the average person might not know?

Benedict Cumberbatch: I guess the regrets or the understanding of what he’d sacrificed with his family, how hard he worked and what cost that had on the intimacy that he had, and lacked, with his family. Not to judge the man, but I think he ended up repeating his mistakes, if they were mistakes. Or is it just his nature? But I think it still tortured him as well as being something he decided to do. That work always came first. That was an interesting thing to explore… He was very fond of coffee. He’d often sleep in the laboratory and work through the night.

He was very fond of his men, he treated them honestly and truthfully and, at times, harshly, but there was a lot of celebratory machismo and backslapping, and it was a proper communal work environment in Menlo Park. That’s the first blueprint for the research and development departments we now have in a lot of industries in the Silicon Valley. There was a lot of comradery and I think there were certain pressure points in this race for the control of the current where he probably didn’t behave at his best. There’s a human element to that. It’s not all just good natured thigh slapping. There was a lot of hard work and a lot of spilled milk.

How ferocious a reader he was, I didn’t know. I don’t know how general knowledge that is about him, but it’s gobsmacking. I mean volumes of literature all the time. He never stopped reading. A lot of the diaries, accounts of passages, fiction, as well as a lot of history, and of course science and nonfiction actual works. He’s extraordinary. He writes about books as mood enhancers as well, how they transport him. He writes about his daydreams and his dreams, and however racy they get. He touches upon a fantasy life as well. He’s just very funny, and takes great delight in the brilliance of other people as well.

I&T Today: The Current War is revolved around this rivalry, specifically between Edison and George Westinghouse, played by Michael Shannon. How has it been working with Shannon as your rival, as your opposite?

Benedict Cumberbatch: Well, it’s a bit like the famous scene in Heat where the two rivals operate in such isolated opposition or polarity that they really are arguing two completely different cases. They don’t crossover much, that’s the great thing. Sadly, I only got two instances where Michael and I were on the same set, but obviously one of those is a big scene, a lot like the café scene that’s between De Niro and Pacino.

Michael is an extraordinary actor. I’ve been a huge fan of all of his work, and for a long time. He has such command of characterization, of how to achieve so much with seemingly so little, but inside he’s fearlessly intelligent and very heartfelt.

I&T Today: Edison isn’t the first scientist you’ve played. You’ve also portrayed Alan Turing in The Imitation Game and others. How has this experience compared to that of Alan Turing?

Benedict Cumberbatch: I think Edison obviously has an eccentricity: the workaholic nature, the excessive nature, the competitiveness, and what were rumored to be issues of hygiene because of that. I still think that he operated on a very different plane from the other scientists I’ve portrayed, and Turing in particular. Personality-wise, he’s bombastic, he’s a salesman, he’s confident up front. He’d be as confident in front of a podium as he would be in his workshop. Entertaining and regaling with facts and amusing anecdotes and funny asides. You know he was a very public persona.

And the lure for this wasn’t just another scientist, but it was another extraordinary human being. It was tempting, had some aspects that I had never played before. I always try to look for work that gives me something new to think about. 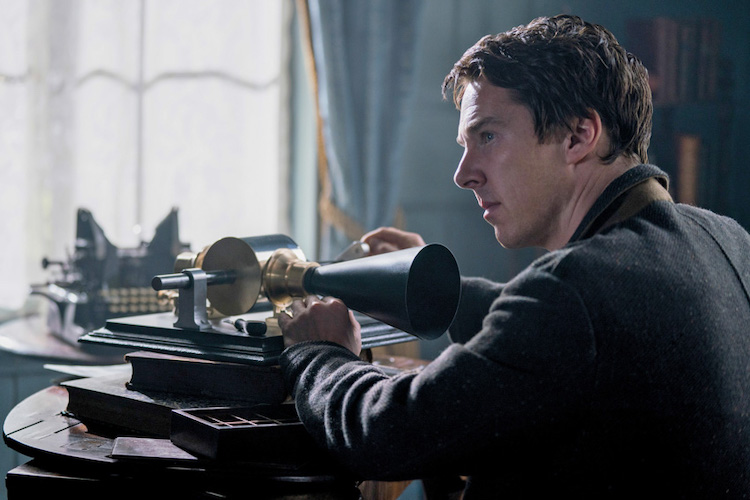 I&T Today: How has playing Edison compared to some of the fictional intellectuals you’ve played? Like Sherlock Holmes or Dr. Strange?

Benedict Cumberbatch: The Wizard of Menlo Park and the Sorcerer Supreme. I think what’s extraordinary about what Edison did was this was magic we’re still living with. I’ve got two, very young, children. And to see the look in their eyes when lights go on and off for the first time, and they really take that in. It’s a very bold and frank reminder of what an extraordinary thing it is. Doing this Promethean thing of lighting unlight with light, and creating daylight, and interrupting circadian rhythms, and bringing convenience to every part of our lives so we can evolve physically and intellectually, in a different way. These are incredibly real things, and to be part of storytelling or a storyteller trying to imagine and envision what that would be like to be at the forefront of that invention is terribly exciting.

I&T Today: As you studied this historic rivalry, do you think there are comparisons to some more modern rivalries? Bill Gates vs. Steve Jobs, for instance?

Benedict Cumberbatch: Of course there are. How can there not be? I think there have been rivalries in all areas in industry. Of course now, a lot of these powerhouses in Silicon Valley, these men, captains of our modern tech industry, Noskin and Jeff Bergin, Gates and Steve Jobs. You know they’ve become as iconic as their products in many ways. And rightfully so. And I think the men and women who are captaining those areas of industry now always acknowledge their debt to people like Westinghouse, Edison, and of course, Tesla.