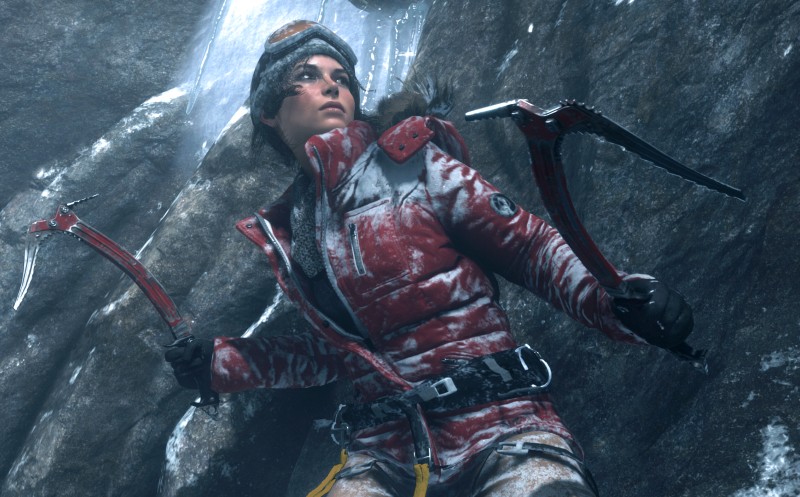 One of the most iconic characters ever created is Lara Croft, Tomb Raider. Since 1996, Croft has fascinated players and recruited legions of fans. Time has been kind to the series, with the 2013 Tomb Raider selling more than 11 million copies, making it the best-selling title in the franchise to date.

A crucial element of any great game is the story line. We learn who the characters are, what’s important to them, and what’s motivating them (and therefore us) to succeed in the game.

Story design is just one of the many elements that work in unison to create a game that surpasses fun and becomes iconic. The characters come to life and become figures we can admire and aspire to.

We spoke with Rhianna Pratchett, Lead Writer for Tomb Raider (2013) and Rise of the Tomb Raider (2015) to learn about her creative process, the challenges she’s encountered, and what she sees for the future of gaming. 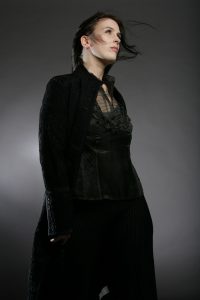 Rhianna Pratchett was the Lead Writer for Tomb Raider and Rise of the Tomb Raider.

I&T Today: What is your creative process when designing a story line for a game?

Rhianna Pratchett: I work as a freelance writer, so that means I get called in at a certain point in the development process. Usually a year or so into production. Earlier if I’m lucky and the team are taking their narrative construction seriously.

From that point I need to establish what elements have already been designed, such as the game-play mechanics, levels and art work. Then my job is to flesh out the bones and pull a narrative together that supports and enhances the game world.

Ideally the game will have been designed to support and enhance the story as well, but that’s not always the case. I will then work with the designers throughout the development process creating the various scripts (and there are usually several scripts for different aspects of the narrative), iterating on them to make sure they fit with the design, working with voice actors and mocap artists and even assisting with marketing, such as writing trailers or giving interviews.

I&T Today: You were the lead writer for Tomb Raider and Rise of the Tomb Raider. How did it feel to work on one of the most enduring video game series of the past twenty years? How did you respond to that pressure?

RP: I had already worked on several female protagonists – Nariko and Kai in Heavenly Sword and Faith in Mirror’s Edge, so it seemed like the right kind of career trajectory for me and I felt ready for it.

Initially it felt like any other job, until the game got announced and the pressure started to mount. I had a great team around me which really helped. I felt more intense pressure with the second game, because the weight of expectation was so much greater after we’d delivered with the reboot.

I&T Today: How were you able to create a fresh, modern story around such a well-known character?

RP: The developers, Crystal Dynamics, had a fairly blank slate going into the reboot, and we could pick and choose elements we wanted to keep, enhance or do away with all together. We weren’t beholden to any particular element.

We decided to focus the story on a younger, greener Lara, who is on her first big adventure, fresh out of college. She’s facing things she’s never experienced before, which make her question what she knows of the world and herself.

Eventually she comes realizes that she has to rise to the challenge if she has any hope of surviving. Focusing on a younger Lara allowed us to show the ‘Tomb Raider’ bubbling to the surface, and also meant we could explore themes such as explore the human vs. the hero and sacrifice vs. loss.

I&T Today: What does a typical day at work look like for you?

RP: There’s no typical day, which is why I love my job. I am often working on several writing projects at the same time, which can range from games, to comics, to film and TV, so most of my day is spent at my laptop praying to my muse for the words to come.

I give a lot of interviews and talks all around the world, so that can take up a fair chunk of time too. I tend to be a bit of a night owl and usually do my best work between about 4 pm to 11 am, or later if the muse has answered me and I’m on a roll.

I&T Today: What inspired your journey into the world of gaming?

RP: I’ve been gaming since I was six years old, so it’s always been part of my life. I trained as a journalist in London, and some of my first professional work was writing game reviews.

I eventually went into doing that full-time for the late, great PC Zone magazine, along with the likes of Charlie Brooker. When I left to go back to the world of freelancing, I was offered a small role as a story editor at a game studio I knew. From there I started to utilize the contacts I’d made as a journalist to pick up more narrative work, gradually building up my experience and credits.

I&T Today: What are some of the challenges you’ve faced as a woman in a male-dominated industry and how did you address those obstacles?

RP: It’s really hard to differentiate between the challenges I’ve faced as a woman and the challenges I’ve face as a writer in an industry that hasn’t always taken narrative very seriously in the past. Working freelance rather than in-house has probably sheltered me from a certain amount of workplace bullshit which some of my comrades have been subjected to.

I’ve never questioned whether I belonged in the games industry or not. It just felt right and I had the knowledge and experience to back it up. I don’t think I’ve faced too many challenges specifically because I’m a woman, but I’ve certainly faced a lot as a writer, so I tended to focus on that, because I can only fight so many battles. Being a writer feels more personal to me in some ways because that was my choice. Being female wasn’t.

I&T Today: How can the gaming industry become a more inclusive space for women?

RP: There are certainly more women working in the industry now and as well as female-orientated networks and support groups. There does seem to be a push to embrace diversity and the benefits that brings, both on the screen and behind it. But, like other entertainment industries, it’s slow going.

I&T Today: What is one of your favorite games of all-time?

I&T Today: Who is your favorite video game character?

RP: Garrett from the Thief games or Alyx from Half Life 2.

I&T Today: How do you see gaming evolving in the next decade?

RP: I think we’ll see VR, MR and AR improving in leaps and bounds, both the tech and the games themselves. Hopefully we’ll see more studios embracing episodic gaming in the way Telltale Games and DontNod have, and create different ways of bringing story to players. It would be good to see a new flourish in middle-ground development too. One which embraces the freedom and creativity of indie development, with the production values of AAA.

I&T Today: Do you see yourself represented in the games that are being developed today?

RP: Certainly my gaming tastes, yes. Although there aren’t too many 42 year-old women starring in games, which is a shame. Hopefully as we start to embrace diversity more we will expand it out to age, background and experience, as well as other areas.

I&T Today: How can young women become more involved in the gaming space?

RP: Play lots of games! If you’re interested in a job, then maybe look at taking a course or a degree in game design or whatever area of games your interested in. Go to game conferences and festivals and meet like-minded people.

I&T Today: What advice would you offer other women who are interested in a career in gaming?

RP: When it comes to my area of games, then it’s the same advice I’d give anyone – write, network, play. Keep honing your writing skills, read books, take courses. A writer writes. Play lots of different games and look at all the ways narrative is used, particularly in ways that are unique to games.

Lastly network and build up your contacts, go to shows like Develop, GDC or Reboot, particularly ones with show floors where you can meet developers and see what they’re creating and how you might fit into that.