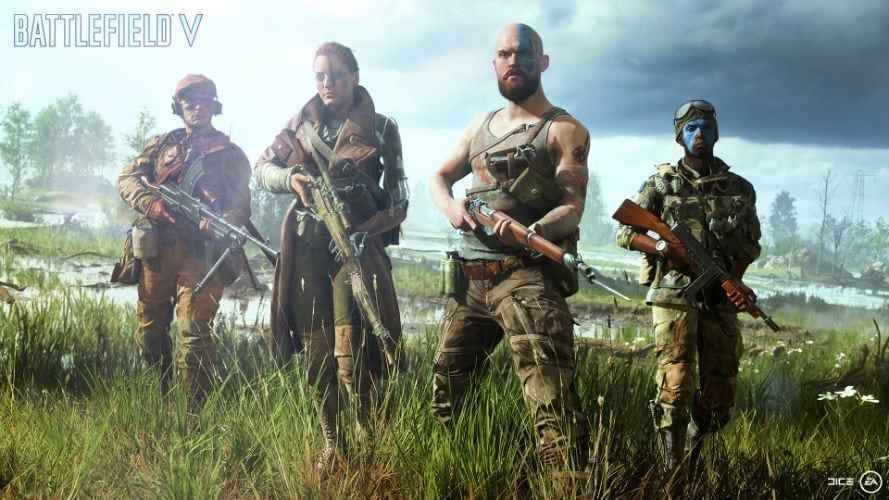 Battlefield 5: There Were Women in World War II, “Accept It”

In the world of gaming, women characters are often wildly over-sexualized or absent altogether. As such, when Electronic Arts premiered the teaser trailer for Battlefield 5 featuring male and female protagonists fighting side-by-side, EA likely anticipated rave reviews from an increasingly diverse fanbase. Perhaps not surprisingly, a few vocal fans took to the ‘net to begin their dramatic condemnation of the game, citing “historical inaccuracies” and a departure from the “authenticity” of a game they know and love. Apparently, it wasn’t the female character’s bionic arm that ruined the WWII experience, but the mere presence of females on the battlefield that sparked cries of outrage.

The trailer has been available on YouTube for roughly a month, with more details and gameplay options recently revealed at E3. In just a few weeks the video has received over ten million views. The like to dislike ratio is shocking, with more than 400,000 viewers giving the trailer a thumbs down and just 300,000 offering a thumbs up. There are likely many reasons why the trailer has been poorly received, presumably not all of them based on sexist and outdated ideals.

One such complaint is that the trailer seems to represent an alternate reality of WWII, allowing for customizable characters, bionic appendages, and character aesthetics more reminiscent of Far Cry than actual WWII soldiers. Loyal Battlefield fans have come to expect a realistic, fully immersive WWII experience and the trailer didn’t capture the gritty, horrific nature of war like many fans had anticipated. The trailer’s fast-paced action scenes were more Michael Bay and less Saving Private Ryan, which isn’t sitting well with some gamers. However, those complaints have little to do with the trending hashtag #notmybattefield, which seems narrowly focused on the presence of women on the Battlefield stage.

EA’s chief creative officer Patrick Soderland has taken a firm stance on the matter, telling upset fans, “You have two choices: either accept it or don’t buy the game. I’m fine with either/or.” In an interview with Gamasutra, Soderland explained the development team’s push for more female inclusion: “Battlefield V is a lot about the unseen, the untold, the unplayed. The common perception is that there were no women in World War II. There were a ton of women who both fought in World War II and partook in the war.”

Soderland wants the growing number of female players to have representation, including his 13-year-old daughter, who was visibly upset by the backlash over the game’s female characters. Soderland took her reaction as a line-in-the-sand experience, deciding that the negative feedback from players is something that, as a parent, he refuses to accept. “Gaming is gender-diverse like it hasn’t been before. There are a lot of female people who want to play, and male players who want to play as a badass [woman].”

The true test of the game will revolve around the actual playability of new features, characters, and maps. Assuming those are executed with the same finesse as previous Battlefield renditions, the bionic female soldiers and heated reviews will likely cease to be a point of focus. Gamers will have to wait until October 19, 2018 to decide for themselves if this is the most immersive Battlefield yet or an unwelcome departure from the male-dominated aesthetics of the past.