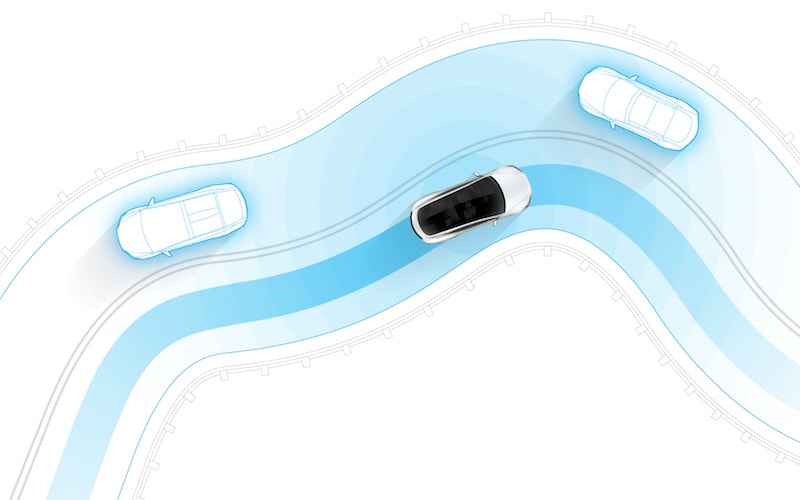 Blockchain has evolved past the fame – or infamy – of cryptocurrencies and is now being applied to other industries as well. It now sees a burgeoning partnership with automation on the road. Within the next few years, we’ll likely see blockchain and its digital economic transactions integrated into our cars.

How will the automation of blockchain be integrated into electric cars and other modes of transportation? The people behind blockchain pose several potential options.

In its primary use, blockchain works as a ledger that uses several servers in order to track the networks through which cryptocurrencies are shared. Apart from being extremely safe, it is also considered intense in the way it can monitor individual economic interactions – depending on how the code behind blockchain is written, it can track anything that its coder determines to be of value.

What does that mean for the auto industry, though?

The push for automated cars operating with EV batteries (or their substitutes) has made auto-engineering a more creative field of late. This emphasis on the automation also allows for the Internet of Things (IoT) to find a home in your car.

The interconnectivity between your car and your phone can already be seen whenever you use Bluetooth to play your favorite playlists through your car’s sound system. Integration of the IoT with blockchain expands these digital possibilities. Smart sensors, like the ones used by Adaptive Cruise Control, blockchain, and the IoT will improve your car’s ability to work without you, moving smoothly away from oncoming traffic without you needing to tap the brakes.

In terms of economics, consider the number of transactions that take place while you’re on the road. Toll roads, for example, require transactions that can take up significant portions of your time, potentially causing unnecessary traffic. Not only that, but a clever hacker could potentially steal credit card numbers from the toll booths themselves.

The integration of blockchain into your car – in the manner of Car e-Wallets, for example – will make these transactions smoother and will keep any information of yours more private than it already is. Hacking cars has yet to become common practice, and even if it were to, with the increase in cars that rely on automation, blockchain is a cybersecurity wonder with its ability to spread information across numerous servers.

This isn’t all blockchain has the potential to do, though. Consider the rise of the ride-sharing industry. Over the past decade, Lyft and Uber have made waves in the auto industry, not for cars they produce but rather for services they provide. Now a multi-billion-dollar industry, ride-sharing offers blockchain and e-commerce the opportunity to thrive.

Imagine the possibility to make payments for a ride without taking out your credit card or, as a driver, being able to collect a rider’s payment without having to loiter outside their destination. There’s no chance of getting shorted, either, when a driver makes use of blockchain. With both of the most popular ride-sharing companies exploring autonomous driving, perhaps catching a ride in the next decade will be entirely interaction-free.

There is also the potential for blockchain to be used by insurance agencies. The Mobility Open Blockchain Initiative, for example, works with Ford and GM in order to institute user-based insurance. Insurance contracts, once established, can be stored within a blockchain’s servers.

Payments can then be made when a car’s sensors detect a contract violation. Likewise, telematic services will be able to collect data from a driver’s road history – anything from location, length of drive, and typical driving speed – in order to report back to an insurance company and determine how high or low a premium is set.

The connected car security that blockchain proposes, both in the form of driver monitoring and in ease of e-transactions, sounds too good to be true.

Because bitcoin, as our primary example, is open source, one would have to assume that automotive blockchain would operate similarly. This, on one hand, means that the code can be individualized, but it also means that its base is accessible to anyone who looks for it.

The hackability of such a system remains difficult because of the spread of blockchain’s information across a number of servers. But the open nature of such a system still needs to be taken into consideration before it is internationally implemented.

The integration of blockchain in the automotive industry, then, seems inevitable, given the benefits it could provide today’s modern drivers. Steps have already been taken towards this future, with the improved integration of the IoT into cars as well as the development of mobile e-wallets. By all accounts, then, blockchains seem to have a future in the average car owner’s day-to-day life.