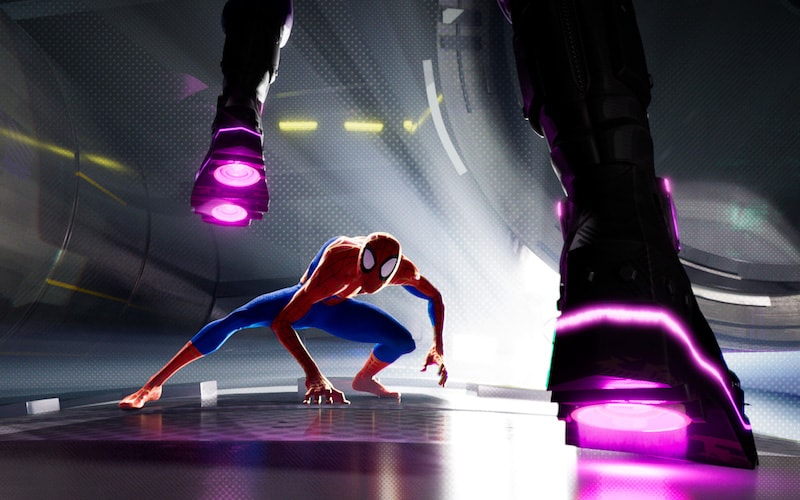 Josh Beveridge is no stranger to the world of animation. He’s worked at Sony Pictures Animation for 14 years, after receiving his bachelor’s degree in computer animation from Ringling College. Growing up with a love of comic books and even drawing Spider-Man, the opportunity to work on Spider-Man: Into the Spider-Verse was “a total childhood dream come true,” according to the animator.

Here, Beveridge details the biggest challenges they faced while animating Spider-Verse, how he collaborates with voice actors, and his favorite scene from the movie. Beveridge’s work, along with his team, led to Spider-Man: Into the Spider-Verse winning an Oscar for Best Animated Feature.

Innovation & Tech Today: The artwork for Spider-Man: Into the Spider-Verse seems so unique. What inspired the animation style?

Josh Beveridge: I was given the mission statement to make the most awesome animation that’s ever been made. And, at the same time, I was also told, “Oh, by the way, do everything you’ve ever wanted to do in one film, even though it’s never been here before.”

So it was a little like, “Careful what you wish for,” because it was such an amazing challenge and it’s so many things all at once. It’s a really generous movie, and there are so many things that we had to figure out to pull it off.

But everyone rolled up their sleeves and did an amazing job, because we all stacked hands and really love this idea, this aesthetic, this world we’re going to live in. It was a really special moment. We worked and developed, tested, and did other little things for a good year before we felt like we were really onto something … It was a really big learning lesson for me too, that when you’re that nervous about whether or not it’s going to work, in art, you’re probably onto something.

I&T Today: Were there any unique animation challenges that came with Into the Spider-Verse that you hadn’t experienced with other films you’ve worked on?

JB: Absolutely. We’ve never animated on twos before [Editor’s Note: Animating on twos is when a drawing is shown on screen for two frames]. It’s not exclusively the first movie to do that in CG, but I definitely think it changed our workflow a lot. The biggest thing was getting that to work not only in animation, but then getting that to work for other departments like cloth. There are whole other teams after us that make really beautiful simulations on top of the animation that rely on real-world physics, so we had to work so clean that it would look how we wanted it to look and give them all the information that they needed to do their job. That was building all kinds of little checks, and things like that were a massive hurdle. It took a lot of collaboration between every department in the studio.

Line work was another one. We knew, in order for it to feel like a comic book, there would have to be an element of hand-drawn lines for the characters. I think that’s one of those things that feels really bespoke. That’s a term we’ve been using a lot. The movie feels like bespoke CG, and that’s because so much of it is really hand-crafted, and line work was a big part of that.

I&T Today: Spider-Man might be one of the most beloved comic book characters of all time. Did that responsibility to portray him correctly affect the way you approached Into the Spider-Verse?

JB: Absolutely. I think his mantra is true. With great power, came great responsibility. We knew that this was going to be a massive project to take on, and we knew that was also a huge responsibility. People care, and we all cared, and a lot of eyes were on this, which is both a rewarding and challenging process. I think that forced us to dig deep and make everything better like it’s never going to be as good as we want it to be, and, knowing that from day one, before we even took our first step, pushed our boundaries on absolutely every choice we made.

I&T Today: When you’re animating the characters, do you try and incorporate the voice and mannerisms of the actors?

JB: Oh yes, so much. You research the roles they’ve played and interviews those actors have done, and you try to get into the bones of how those people move when talking.

Folks like Mahershala [Ali] and Brian Tyree were such an honor to animate to those voices, and they were great examples of “less is more” performance. It’s stronger with simple, clear clarity. They could just do a little eye dart and the whole tone of the scene would change.

I think as much as we were in a really traumatic, graphic, bold action movie, many performances are really grounded by the weight of the voice acting, and that became pretty important for how we would act a character out. It’s a world with real stakes, with real drama, with real consequences for action. It’s not, in our animated world, where sometimes I’m going to get hit on the head and it’s just for gags and it’s silly and doesn’t matter. When somebody gets hit, it matters.

The more you lean into the honest scenes, the drama, playing those with absolute clarity, the animation rules you just sprinkle in for effect, for design, and to support the scene.

I&T Today: Did you have a favorite scene to animate?

JB: I feel like I walk on the tightrope between two things. If I’m doing my job right, they all feel like that. But then, you also get trained to only see the problems too. So I’m constantly like, “We should have done that.”