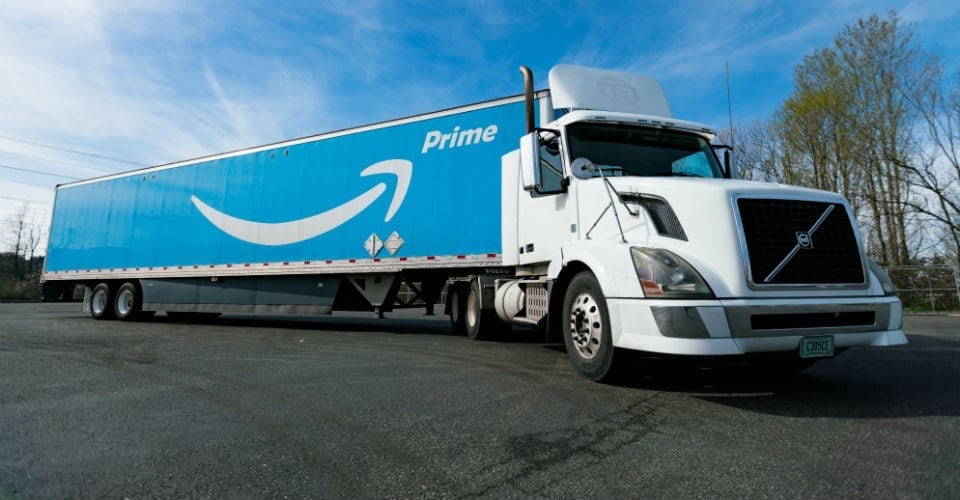 The sun never sets on the Amazon empire. Amazon has over a dozen country-specific sites, including in the USA, Canada, UK, Japan, Austria, Singapore, and Spain. Meanwhile, residents in other countries can still access many of Amazon’s streaming and web services. Then there’s Amazon’s massive cloud business, which has penetrated every continent.

It’s not hard to wonder if Amazon will one day rule the World Wide Web. With their market cap having exceeded $800 billion and Jeff Bezos now the world’s richest individual, the company has been a resounding success, even if it occasionally misfired (yes, I’m looking at you, Amazon smartphones).

So is Amazon going to conquer the World Wide Web? Probably not. Amazon is certainly the big box store on the web, especially in the United States, but there will be limitations to how much of the market Amazon can secure. Out of China, Alibaba has established itself as a viable and massive competitor. Meanwhile, in many markets, more focused websites such as Gadget Flow and Etsy are offering stiff competition in their own niches.

Amazon isn’t going to go away and is likely to grow in the years ahead. Regardless, that doesn’t mean there aren’t opportunities for entrepreneurs looking to sell their goods, and people looking for a different online shopping experience.

There Are Still “Big Boys” Putting Up a Tough Fight

Barnes & Noble may have missed the boat as far as ebooks and online book shopping goes. Back in 2012, Barnes & Noble was generating nearly $1 billion in Nook sales, but revenues have since dropped sharply. In 2017, Nooks sales were worth less than $150 million.

Walmart tried to set up their own Walmart.com site to compete with Amazon, but their efforts fell short. However, after acquiring Jet.com, Walmart saw its online sales grow by 44 percent in 2017. Target has seen several good quarters of ecommerce growth, but remains a niche player. It’s tempting to write off the prospect of a big challenger.

Don’t try telling that to Alibaba, however. Ecommerce sales have been rising steadily in China, reaching $500 billion USD in 2017. Their Tmall B2C website has locked up roughly 56 percent of the market while their local competitor JD.com owns 27.2 percent. In the years ahead, China is expected to evolve into the world’s most valuable consumer market, more valuable even than the United States. Amazon has been trying to expand in China, but so far has struggled.

Meanwhile, niche websites are likewise giving Amazon a stiff fight. Amazon is great as a one-stop-shop, but sometimes customers want their shopping experience to be more focused.

Another issue is quality. Amazon has a lot of goods for sale. Unfortunately, a lot of them are garbage. This has created an opportunity for websites to offer a curated experience. Instead of trusting your gut and Amazon reviews, how about relying on content selectors who find and evaluate high-end products?

Take Gadget Flow, a curated marketplace that surfaced in 2012, in the lean times after the Great Recession. Their goal was to sell “curated content,” meaning offering high-end, unique gadgets, tech, and other gear. Entering the online retail space so many years after Amazon is certainly a tall order. Yet Gadget Flow reaches over 25,000,000 people per month with their platform, apps, and social media channels. They’ve curated over 13,000 products among 170 categories, including camping gear, tech gadgets, and holiday gifts. What makes Gadget Flow different is their curation process. Gadget Flow doesn’t let just anyone hawk their goods. Instead, they select high-quality, unique products every single day.

This gives shoppers a reason to shop there. You can go to Amazon, buy the same things everyone else is buying, sifting through a lot of low-quality products. Or, you can go to Gadget Flow and find products and gifts that you actually want. The niche angle allows Gadget Flow to survive and even thrive in the shadow of Amazon.

Of course, it’s not just about Gadget Flow. Many niche companies are enjoying success on the World Wide Web. What’s important is finding a niche where people will want expertise, such as skincare advice, or find a unique angle, such as content creation. Amazon isn’t going away. They’ll probably get bigger in the years ahead. But that doesn’t mean that they’re going to rule the World Wide Web.