AI Transforms the World of Imagery

“You make pretty pictures with a lot of math,” says Craig Tierney, speaking for graphics chip powerhouse NVIDIA at the 2017 Denver Biz Tech Expo during a session titled “How AI is Transforming Our World.” He’s talking about translating data into the stunning, complex graphics used in video games. However, the technology used to extract and interpret that data can be used for so much more.

AI and machine learning have overtaken this year’s event, partly because of the incredible range of applications on the horizon for neural network. Take the iPhone X’s facial recognition software, for example, even though it hasn’t been completely perfected yet.

Using GPUs (graphics processing units) trained on datasets (which can be composed of everything from people’s faces to famous works of art), companies can interpret vast amounts of imagery and even create originals. For instance, deep learning programs are already capable of creating unique works of art based on the data they’re fed (see this series ) in which the program was “inspired” by images from Alice in Wonderland and other artists. 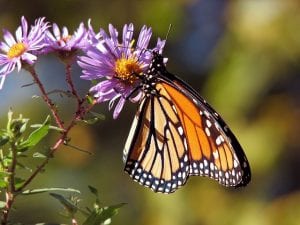 He also showed how AI could take an original black & white image, recognize what colors were missing, and apply them. For instance, if given a monochrome image of a butterfly, the AI would be able to color it, realizing, “Ah, it’s a monarch butterfly and a flower.”

Indeed, both the artistic and the industrial worlds are set to be revolutionized by the mass applications of superhuman AI programs.

AI Transforms the World of Imagery