The Oversaturation Of Streaming Services

Netflix has no doubt reinvented entertainment, giving us a simple way to stream everything from reruns of Friends to reruns of Frasier. For the cost of a deluxe Chipotle meal per month, you get access to an unbelievable amount of streaming content, from new releases to classics. However, the success of Netflix has also become brought with it an interesting problem: everybody wants to be them.

While Netflix didn’t always have much in terms of competition, we now have Hulu Plus, Amazon Prime Video, Crackle, VUDU, HBO Now, YouTube Red, and more. Additionally, look at the recent announcement that Disney will be taking their films from Netflix and starting their own streaming service. This will simply add one more option to the already crowded world of online entertainment. 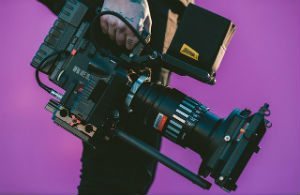 Think about this: if you want to stream music, you choose the service that best fits your needs, throw on some Salt-N-Pepa, and you’re off to the races with a pretty complete library of tunes available to you. If you want to watch some TV as a cord cutter? Well, it’s going to get a little complicated. Say you’re living cable-free and want to catch an episode of Orange Is The New Black, the latest Mindy Project, and finish up with the season finale of Game Of Thrones? Well, if you don’t have separate subscriptions to Netflix, Hulu, and HBO Go, you’re out of luck. Unless you want to spend about $384 a year, that is.

Simplicity is what makes streaming so wonderful. By taking that away, you not only fragment a popular form of entertainment, you also make the format more like cable television. And isn’t that why we turned to streaming in the first place?

Anthony Elio is the Assistant Editor for Innovation & Tech Today. Outside of writing, he is a drummer, podcast host, sandwich enthusiast, and amateur self-describer.