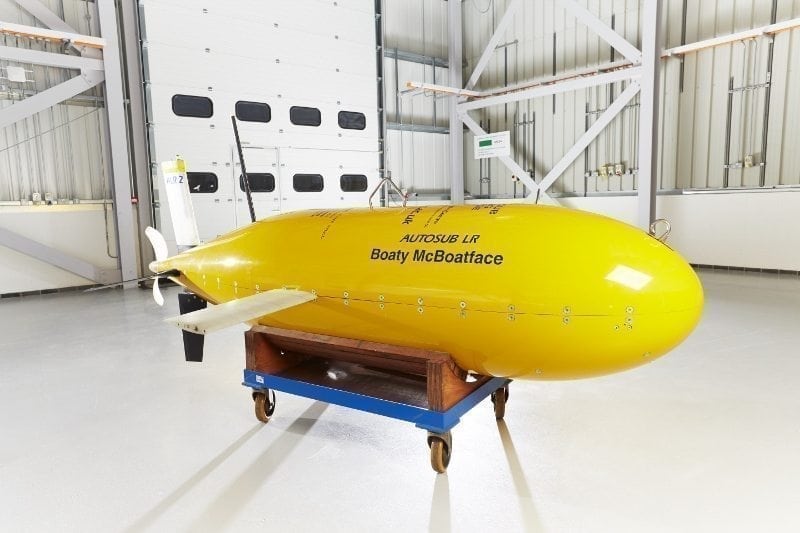 Boaty McBoatface is off on its maiden voyage. The autonomous underwater vehicle left Punta Arenas, Chile on March 17 and headed to the Orkney Passage to help scientists from the University of Southampton and British Antarctic Survey with their research.

The passage is about 500 miles from the Antarctic Peninsula and plunges some 3500 meters deep, making it home to some of the coldest and deepest ocean waters in the world.  Boaty McBoatface will study how this kind of water, known as Antarctic Bottom Water, affects climate change.  Specifically, the submarine will move back and forth through the current to measure the intensity of its turbulence.

Currently, scientists believe changing winds over the Southern Ocean are altering the speed of the currents that carry Antarctic Bottom Water.  The faster the flow, the greater the volume of warm water that seeps into the current, therefore warming the deep water as it moves to the Equator.  The warmer current further exacerbates climate change. 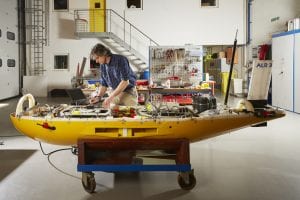 Professor Alberto Naveira Garabato from the University of Southampton

The new ship was the object of the popular online contest that originally produced the name Boaty McBoatface.  That is, citizens from across the world wanted the new ship to be named Boaty McBoatface, but England’s science minister Jo Johnson went with Attenborough, a famous science communicator.  The fan-favorite name lives on in the submarine instead of the top-notch vessel—perhaps a bit ironic, seeing as the submarine is not a boat at all.

“The Orkney Passage is a key chokepoint to the flow of abyssal waters in which we expect the mechanism linking changing winds to abyssal water warming to operate. “We will measure how fast the streams flow, how turbulent they are, and how they respond to changes in winds over the Southern Ocean,” Southampton’s Professor Alberto Naveira Garabato, lead scientist, said.  “Our goal is to learn enough about these convoluted processes to represent them (for the first time) in the models that scientists use to predict how our climate will evolve over the 21st century and beyond.”