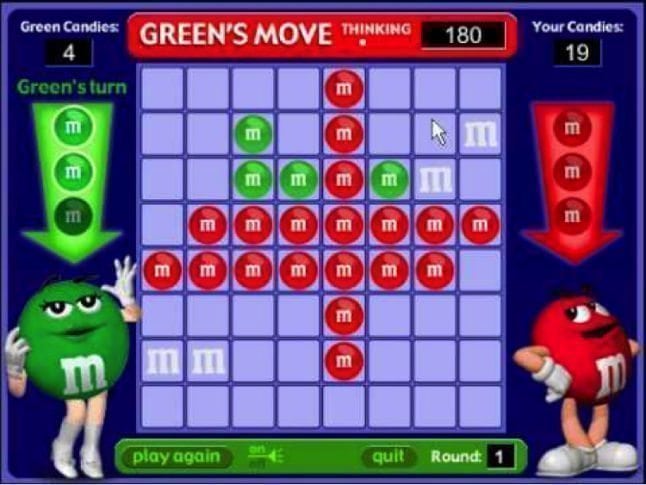 Is it an advertisement? Is it a game? The world may never know. But even while many of these games shove consumerism down your throat and subconsciously make you crave their product, there’s no denying that some advergames are pretty fun. Advertising and video games have always had a strong relationship, most notably dating back to 1982 when McDonald’s teamed up with Atari for a nationwide contest in which the fast-food chain gave away 12,000 consoles.

It was even rumored that a McDonald’s-themed game was in the works in 1983, but it was soon scrapped due to lack of interest. Then, for the rest of the millennium, advergames took off. The same year McDonald’s scrapped their game, Coca-Cola released the Atari-based Pepsi Invaders, a Space Invaders rip-off in which players fend off the evil “Pepsi Invaders.”

The Kool-Aid Man also came out in ’83 on Atari. There was the Ford Simulator of 1987 and Mission Kellogg’s of 1999. The increased usage of the internet motivated even more companies to develop games, since it was cheaper and easier to put them on the internet rather than tying them to a console. With so many advergames out there, we’re here to break down some of the best. While I can’t say how well they sold the product, I can say that these companies were able to develop some pretty fun games.

This game holds a special place in my heart as I spent many hours of my younger years playing it on the computer. Chex Quest is a first-person shooter game in which a man donning a Chex costume must save a variety of other cereal-men from alien invaders. The game style echoed that of the original Doom, although it was far less violent and scary. The game won the Golden EFFIE Award for Advertising Effectiveness in 1996 and the Golden Reggie Award for Promotional Achievement in 1998. Additionally, it is fondly known as the first video game to ever be included in a cereal box as a prize.

Darkened Skye is an interesting advergame, and many would probably argue that it doesn’t belong on this list. It’s a third-person action-adventure game released on Windows and GameCube and was also packaged with Outlaw Golf. The game follows a young woman named Skye on the search for her mother in a fantasy realm. She uses magic and her staff to fight enemies. You might be thinking, where’s the advertisement? Well, Skye must collect Skittles to power herself up and use magic. So, the advertisement is slight, but taking it as it is, the game was witty and pretty fun.

Remember when the world was going to end in December 2012? So does Old Spice. Around that same time, they released the side-scrolling internet-based Dikembe Mutombo’s 4 ½ Weeks to Save the World, which pretty much explains itself. The game follows NBA legend Dikembe Mutombo as he works to extend the Mayan Calendar and prevent the world from destruction. Along with his trusted friend Science the Bear, Dikembe must fight everything from South Korean dancing to Romantic Vampire films. The game’s outlandishness is what makes it so fun to play.

As VR becomes more popular and accessible, more companies are starting to engage in this new technology. The game is meant to be played against someone else. You battle your way through a highly geometrical universe, fighting demon-like monsters and collected Doritos all along the way. The player with the highest score wins. The game requires focus, agility, and a lot of room to walk around. And while it’s not overly complicated, Doritos VR is aesthetically pleasing and very exciting.