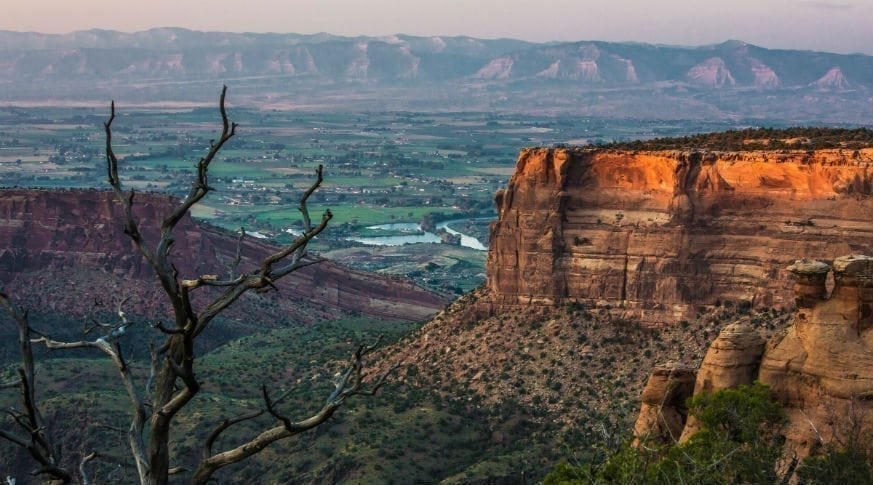 According to The Wall Street Journal, Amazon’s wishlist for its proposed second headquarters in the U.S. includes a facility that accommodates 50,000 employees in a metropolitan city with over one million residents and a large university. This is not that location. 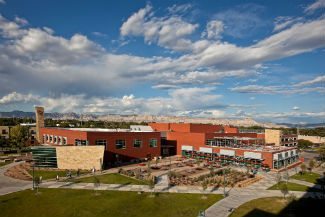 Situated on the western slope of the Rocky Mountains, midway between Denver and Salt Lake City, the Grand Valley is a small community (pop: 150,000) in a giant outdoor playground.  The Valley stretches from the world’s largest flat-top mountain (Grand Mesa) to the Utah border, encompassing Mesa County and its three largest communities: Fruita, Grand Junction, and Palisade. It’s no coincidence that all three were nominated for “best adventure town” in 2017 by Elevation Outdoors – or that Fruita earned the title for the last two consecutive years.

The Grand Valley vista is not metropolitan; it’s Wild West, from rivers rolling through desert plains and towering red rocks to snowcapped mountains and emerald lakes surrounded by aspens and fir trees as far as the eyes can see. It’s the kind of place where you can hit the trails for a lunch hour hike or commute year-round via bike along the Colorado River. In the winter, locals avoid the lines at Colorado’s more renowned ski haunts for the pristine powder at Powderhorn Mountain Resort, less than one hour from downtown Grand Junction. In the summer, off-hours are occupied by camping, hunting, fishing, 4-wheeling, rappelling and lazy river runs. 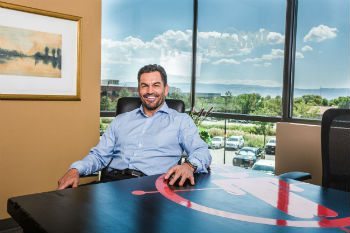 This special breed of indoor/outdoor living isn’t for everyone, but it is exactly what drew Page Tucker, CEO of ProStar Geocorp, to launch his tech company here over a decade ago. Tucker won the APEX Entrepreneur Excellence Award from the Colorado Technology Association last year for his innovative technologies in the GIS space, but also for his ability to spot talent around the country and bring it back to the Grand Valley to let it bloom. The ProStar Geocorp headquarters brings together local high school and college students alongside senior engineers to work on everything from VR games to mapping the moon. While there are plenty of reasons to want to work at ProStar, named a 2017 Colorado Company to Watch, Tucker’s primary recruitment tool is this outdoor-centric “tech & rec” community, a term he himself coined.

But outdoor recreation isn’t the only reason entrepreneurs from Denver, Atlanta and Silicon Valley, have made their way to the western slope of the Rockies. Here are 5 more reasons to consider Colorado’s Grand Valley for your tech startup or small business:

Readers can learn more about Colorado’s Grand Valley and if it’s a fit for their business at www.grandvalleyco.com.