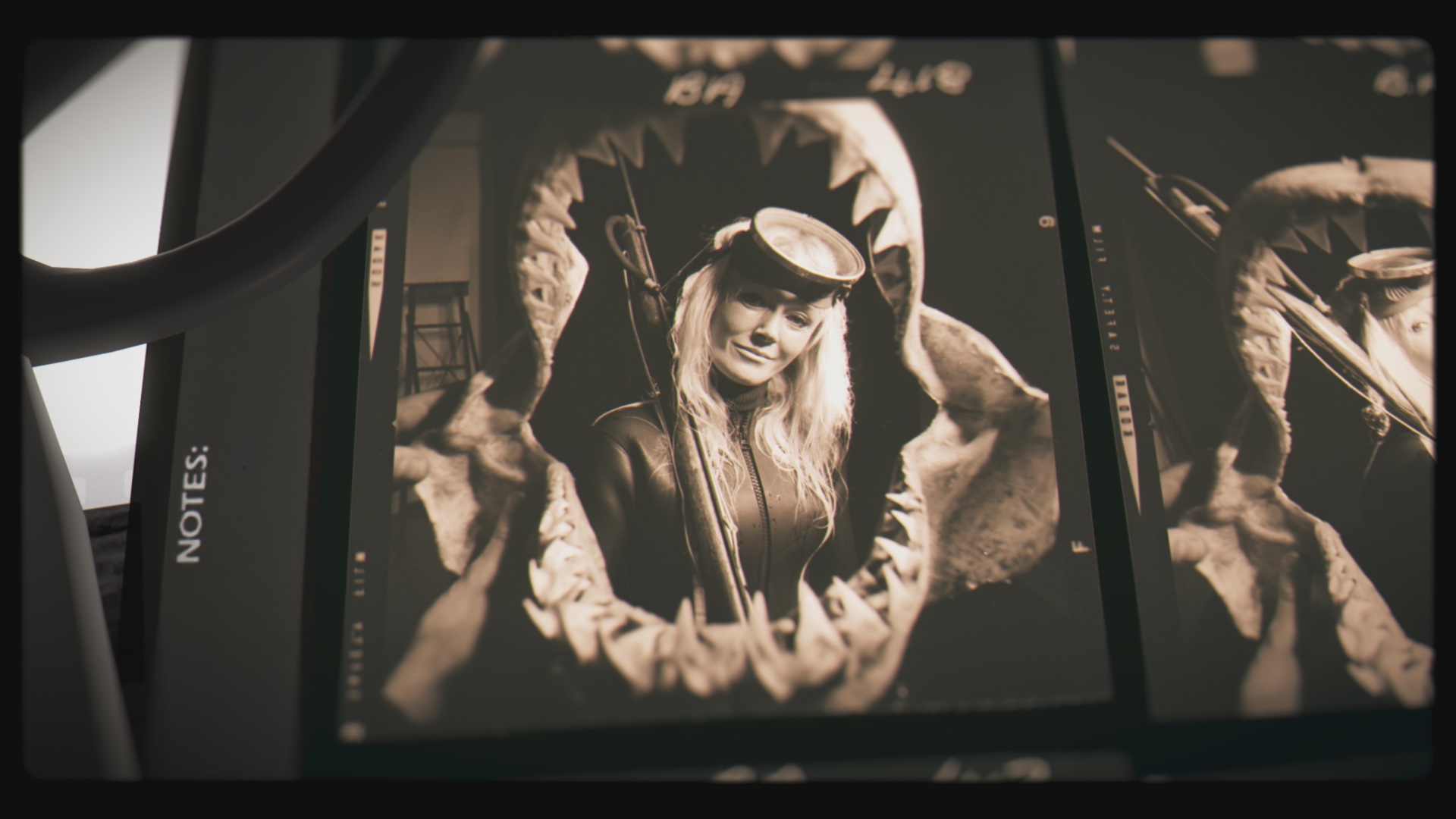 Valerie Taylor has called more attention to the plight of sharks than anyone alive. Now, she’s the subject and star of a Disney+ documentary.

Valerie Taylor doesn’t like to follow directions all the time — which puts her in good stead with her lifelong friends. These aren’t just any lifelong friends, either. While many on land look and think of sharks as dangerous potential man-eaters that can mess up fishing trips and vacations alike, Valerie sees them as the playful and necessary denizens of the sea.

“I really feel that sharks worldwide should be totally protected,” says the 85-year-old subject and star of the NatGeo Disney+ film, Playing with Sharks, which streams on Disney+ beginning Friday, July 23 and is the exclamation point for a month of Shark Fest viewing on NatGeo. “According to what I’ve read, we have only 10 percent of the shark population that once existed. They’ve been taken mainly for their fins for shark fin soup. We don’t need shark fin soup; we need sharks. Nature put them in the ocean to do a job. They’re apex predators, top of the food chain. They keep the marine animals alive and fit by eating the diseased, sick, unwary and stupid.”

Playing with Sharks is a 90-minute documentary masterpiece. It combines priceless archival footage, shot by Valerie’s late husband Ron, of Valerie interacting with bull sharks, tiger sharks, great whites, and numerous others — and sometimes playfully. Those historic shots are mixed with candid and sassy voiceover, reflective of Valerie’s personality. There is also more recent action, including a return visit in 2020 to one of Valerie’s favorite spots in Fiji, and the remarkable relationship she’s forged with the ocean’s apex predators.

“Really early on, we filmed that scene in Fiji as our first scene, even though it’s later in the movie,” director-writer Sally Aitken said. “On the dive boat on our return journey, we got the most extraordinary image of Valerie in repose, on the boat, looking out on the ocean. Then in the archival footage, there’s this image of Valerie in the 1960s, in Fiji, looking on the ocean in the same way. That night, on the rushes, I put up the shot of Valerie looking on the ocean alongside the archival image from the 60s. That’s when I realized there’s really something in this relationship of a life with the sharks that we can explore.”

What a life it is. Valerie Taylor is to the study and filming of sharks what Jacques Cousteau was to sea exploration at large, and what Jane Goodall is to the study of primates: a singular protective force that has changed everything from public awareness to perception to policy. She’s spent the past 70 years in the water studying, taking photographs, filming, swimming, and playing with sharks of numerous breeds. She and her late husband, cinematographer and documentary filmmaker Ron Taylor, filmed the underwater shots for movies like Jaws and Jaws II, The Blue Lagoon, The Year of Living Dangerously, Honeymoon in Vegas, and The Island of Dr. Moreau. They also filmed two dozen documentaries in their native Australia, beginning with 1962’s Playing with Sharks and including shows for Time-Life, as well as the 1982 IMAX movie The Great Barrier Reef.

This treasure trove of archival footage plays a big part in the 2021 version of Playing with Sharks. Aitken and producer Bettina Dalton said that more than 60 percent of the movie consists of archival footage, reflecting their desire — and Valerie’s — to show the ocean the way it once was. “To make this 90-minute movie, besides live-action with Valerie, we had about 5,000 hours of Ron’s footage at our disposal,” Aitken said. “And this wasn’t just raw footage. When he filmed, he edited daily for the rushes. Everything in there is a usable shot.

“In terms of way we filmed, a lot was done by Ron historically. The way Ron filmed sharks was never him pursuing a shark with a camera. It was always him positioning himself so that the shark glides past. That immediately conveys a sense of the benign, of sharing a world with the sharks, not ‘I’m going to show you how terrifying they are’ and throw yourself among them. There’s none of that. Ron and Valerie were really at one in the ocean with the sharks, without the rapidly beating heart of fear. When they were filming, they were at peace in their environment, and the sharks were at peace having them there.”

This long association with sharks paid off for the crew in 2020, as Aitken recalled. “They knew the sharks, and the sharks knew them. So when we were in Fiji in 2020, one of the sharks came playfully toward Valerie, who was trying to reach out to touch it. It gave a gentle flick of its tail, Valerie’s mask comes off, and she’s just laughing underwater… I mean, you can’t construct it or rehearse it. That’s the way it was. I think the film conveys her ease with being in their world, and we portray them not as something terrifying, but as sentient beings with every right to be there.”

How does one become so comfortable with sharks? It began with spearfishing. Valerie tells of her first encounters with sharks while spearfishing in her native New South Wales in the 1950s, again at a time when fish teemed everywhere and we were far from the need for marine national parks and preserves to protect them.

“I’m not a person who gets afraid,” she said. “If something goes wrong, I get angry, frustrated. I want to fix it. I got used to sharks when I used to spearfish. There was a time in New South Wales where, if you spearfished, it was guaranteed a shark would eventually come and want your fish. I learned very early you could keep your fish and fight the shark off, that you could look it in the eye and swim towards it. No predator expects its potential prey to swim toward it. If that didn’t work, I gave the shark the fish, and everyone was happy.

“When I started working with sharks with Ron on film, this stood me in good stead. I knew quite a bit about the behavior of the potentially dangerous sharks.”

Valerie has also been an enormous influence on women and girls in Australia, not the least of which is her producer on Playing with Sharks. “I saw a NatGeo of Valerie and Ron, her in a Chainmail suit and her arm in a blue shark’s mouth,” Bettina Dalton recalled. “It was an organizing moment for me and my career to see that image. She looked like a model superhero, a major influencer – I’m not the only one who had that response. And I went onto become a natural history filmmaker. About 20 years ago, I was asked by National Geographic to make a film on Ron and Valerie’s life’s work. Got to spend a lot of time with them, looking at the film archive, Ron at the lathe making his own camera housings, Valerie’s photographic and art collection, seeing her as an artist. That series went onto play on Nat Geo.” And now, they’re back together again, with a film that will let America and the Disney+ universe know what Australia and the ocean environment world have known for 60 years: Valerie Taylor is one of a kind, and the best friend the shark population has on this planet.