Examining the world of social media bots through a legal lens 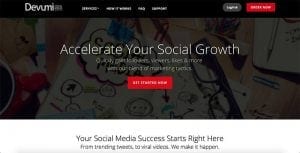 In the world of social media, having a large number of followers or subscribers is everything. But what happens when the accounts you follow are actually purchasing these followers, and not truly earning them? What happens when quantity starts to diminish the quality of the content being shared? Companies like Twitter, Instagram, and Facebook have been experiencing the effects of a new social media weapon that allows users to grow their following base to the thousands within minutes.

Is Social Media Becoming a “Pay to Play” Battlefield?

Devumi, a company that offers services to help increase one’s social media reach, has been accused of selling social media “bots,” specifically as it pertains to the Twitter platform, to businesses, celebrities, politicians, and other influencers to help increase their following and popularity. The company is under investigation by the New York Attorney General for identity theft of real-time accounts. Bots are fake social media accounts, designed to help the user perform actions such as liking, commenting, and following other accounts through automation. The bot is able to auto-like, auto-follow, and even auto-comment on posts that fit within its specified parameters, based off the use of hashtags or content filtering posts. And this happens instantaneously.

While Devumi isn’t the only company providing such services, social media platforms like Twitter and Instagram are aware of the issue, catching 6.4 million bots a week, coming out to be almost half a million bots a day. “[These] tactics used by [companies like] Devumi on our platform and others…violate our policies and are unacceptable to us,” announced the Twitter PR team.

In an attempt to grow a larger following, many developing social media users purchase fake followers from a variety of bot makers across the world, hence the strange usernames, pictures, and information (or lack thereof). These accounts, however, are copies of real-life accounts, only slightly altered in image, name, and content. Once acquired, they are marketed to users worldwide seeking to increase

Is This the New Digital “Lemon Law?”

But is purchasing popularity online against the law? It depends. This is a new type of cybercrime that’s marketed towards millennial users and a younger audience. There are arguments on both sides. There are three parties here: the bot makers, the companies purchasing the bots, and lastly, the consumer.

This is a gray area because, technically, there isn’t an actual victim of this activity. From the seller’s perspective (bot makers and businesses), they are entering into a contract to purchase accounts with the understanding they aren’t necessarily legitimate accounts, and are getting what they paid for.

In contrast, from the consumer’s perspective, you have the purchaser who wants to increase their social media reach instantaneously and is willing to pay for it. On the other end, you have real-life followers who are loyal to brands, products, and services, including certain public figures and celebrities and believe their following is legitimate. It makes it look like the individual is at the top of their game when, in reality, it’s the exact opposite.

What Do Social Media Platforms Have to Say?

Many platforms are coming out with statements and amending their policies to include the prohibition of using these bots. Instagram, for example, provides that the use of bots violates the API Terms of its platform. In the past year, Twitter has pledged to crack down on how it enforces its policies as it pertains to hate, violence, harassment, and now, bots.

Some states, like New York, criminalize and codify behavior like this. Under New York law, both the company selling the bots and the person purchasing the bots may be subject to deceptive trade practices, which is prohibited. What you have here is a public figure or a business with some reputation presenting themselves in such a manner that the consumer, customer, or fan finds attractive. The reliance on the veracity and reputation of that product, service, or personality is what drives that particular account to grow in popularity.

“They can create accounts that look like you and talk like you, which makes you more likely to believe it,” says Clint Watts with the Foreign Policy Research Institute. “It can replicate a message [an infinite] number of times, the more times you see it, the more likely you are to believe it. [Consequently], it can create false worlds in the social media space.”

It’s a slick tactic capitalizing on a bot customer’s desire to make a name for themselves. It’s enticing to criminals because of the difficulty of getting caught. Over the past two years, these bots have made political headlines with claims that countries like Russia have utilized them with the purpose of influencing the 2016 Election and other campaign activities.

This year, celebrities such as Clay Aiken, Baroness Martha Lane-Fox, Lisa Rinna, and even Paul Hollywood were all revealed to have purchased fake followers through these bots. Investigations into the social media black market revealed that these celebrities and public figures are among the 200,000 customers who have signed up for similar services.

Popularity across the board comes at a cost. There is no shortcut when it comes to quality. Success in social media is driven by your reputation and your product/service—you can’t put a price tag on a valid customer base. Each real customer, patron, and follower is valuable for their own specific reason.

In the digital world, utilizing these bots could cost you more than your reputation. Your privacy, identity, and wallet may also be compromised. It takes a lifetime of hard work to build up a reputation, but only a moment to destroy your identity. You choose.