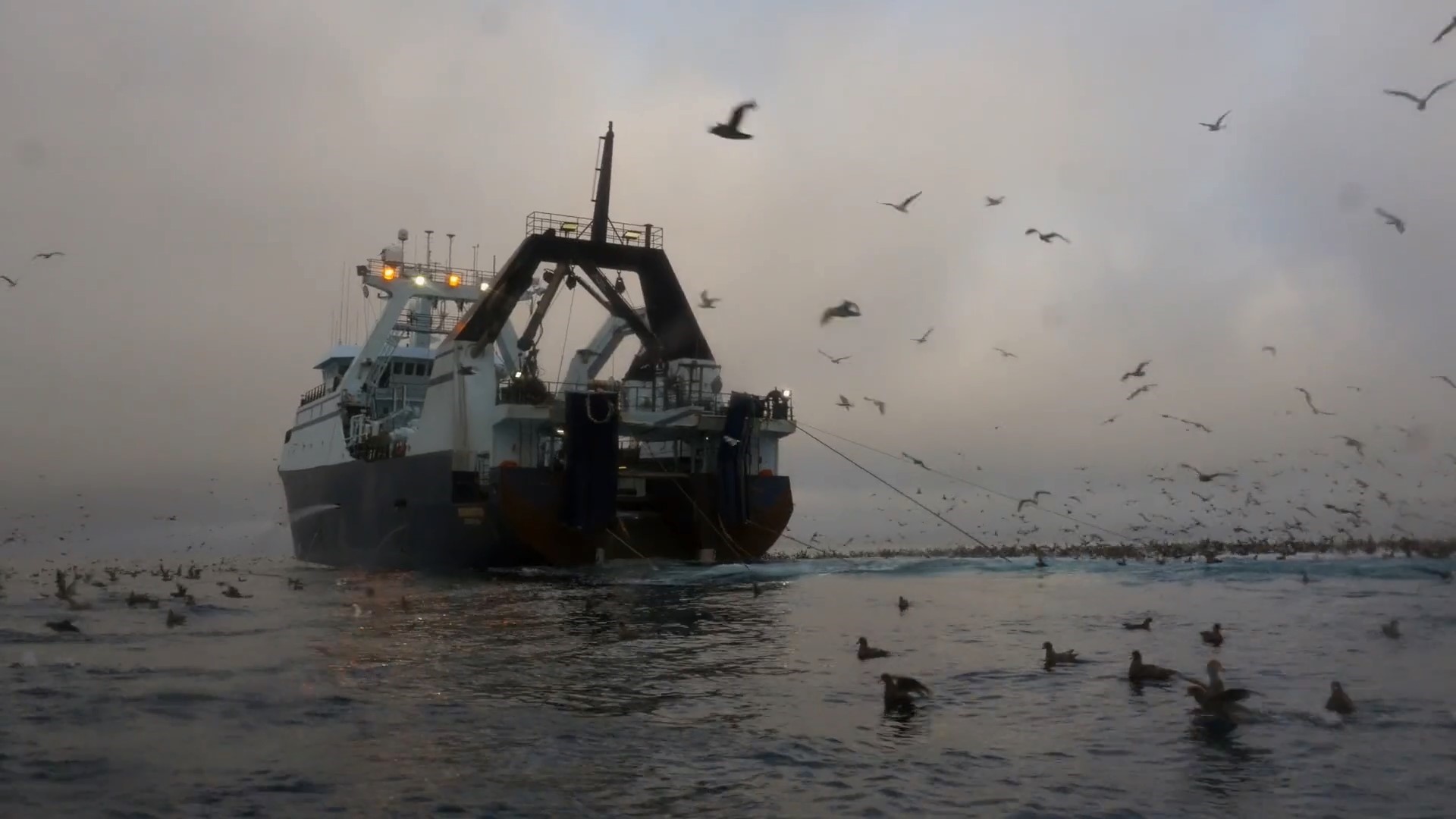 Why ‘Microbial Area Kleaners’ Can Help Save Our Seas

Due to the COVID-19 pandemic, a third of the commercial fishing industry’s revenue vanished, subjecting the entire industry to vulnerabilities for which it simply couldn’t prepare.

According to NOAA, restaurant closures heavily impacted the seafood industry, social distancing protocols, and the need for safety measures. Reports from the NW Seaport Alliance revealed that the industry is responsible for $1.4 billion in total business output, with over 11,300 jobs and 300 commercial fishing vessels.

Microbial Area Kleaners Can Help Protect Crews On Board

Restrictions are finally starting to loosen after vaccinations have become publicly available. Several industry vessels, such as the Starbound and other ships at the Port of Seattle, are turning to new technology as a method of protection for crews onboard: Microbial Area Kleaners, or MAK systems.

“The Starbound, like most commercial fishing boats, has a quarantine room, sanitation procedures, and even UV lights in the HVAC system,” explained Starbound’s Captain and Managing Partner Karl Bratvold. The issue of sanitization, according to Bratvold, became even more critical during the COVID-19 pandemic.

In 2016, Bratvold oversaw and directed a $45 million project to rebuild the Aleutian Spray Fisheries C/P Starbound. It extended the vessel’s length to 300 feet while adding a new fish meal plant, factory, propulsion system, and electronics. For 24-years, Bratvold captained Starbound and is now serving as its Managing Partner.

Wanting greater control over the health of his crew, Bratvold began to research solutions. He quickly realized he needed a more “active” technology, unlike the “passive” technology of UV lights, which led to the creation of EMT.

Since the company installed MAK systems in December, the overall health of the Starbound crew is substantially better. “There has not been so much as a single case of the common cold on board. It’s been really incredible,” Bratvold told Innovation & Tech Today. “People are just amazed.”

“Viruses and other contaminants have always been a concern for commercial fishing boats, which require crews to live together in close quarters for weeks or even months at a time,” said Randall Mount, CEO at EMT. “Illness can spread like wildfire on a boat and can be crippling to operations.”

He emphasized the need to find better ways to protect crew member health now more than ever since COVID-19 has continued to be part of our daily life.

“Consequently, the adoption of MAK technology grew incredibly quickly, which uses Hydrogen Peroxide Plasma to significantly reduce microbes such as molds, bacteria, and viruses including COVID-19” in an indoor environment.”
In using hydrogen peroxide plasma, MAK systems seek out and eliminate pathogens 24/7 in any indoor environment and are validated to reduce the concentration of microbes indoors by 99% or more.

Mount says that this type of technology is “especially effective in the close quarters of a ship.”

“Cutting-edge MAK technology is recognized as a gamechanger for its active approach,” Mount explains. Unlike traditional passive technology, MAK’s use of hydrogen peroxide plasma makes it cutting-edge. The systems require very little routine maintenance and are customizable for any size indoor environment.“

Filters and ultraviolet light are old-school technologies; these passive solutions require the microbes to find their way to the technology, instead of the other way around. Standard HEPA filters and UV systems can only trap or kill the microbes that encounter the filter material or the light waves emanating from the bulb in the ductwork. Even then, many microbes are too small to be trapped and pass through, or they are moving so quickly the UV light does not have time to adequately expose the organism to the harmful UV rays.”

This technology, according to Mount, is publicly available to consumers and is often used in single-family homes and individual living spaces, in addition to a variety of industries ranging from food processors and restaurants to schools, medical offices, and a variety of retail stores.

“Businesses and individuals should expect to notice improvement quickly in the form of lower particle counts and fewer illnesses,” he continued. “The Starbound commercial fishing boat reports it has not had any health outbreaks since it installed MAK technology back in December 2020.”

Before the COVID-19 pandemic, many businesses sought to protect products and processes but now have shifted their focus on protecting people, mainly from misinformation. We asked Mount to help us debunk industry myths that are just plain wrong today.

Additionally, when changing an air filter, you expose everyone to the microbes collected.

Myth #2 – Putting Hydrogen Peroxide into the Air is Bad

Myth #3 – This Effective Technology Must Be Expensive

Users of MAK technology are usually pleasantly surprised about the price for installing and operating the equipment. When schools, businesses, and other organizations consider how much they spend on chemical sprays and other cleaning supplies, they quickly realize the MAK technology pays for itself.

Myth #4 – Getting Sick is Just Part of the Job

Illnesses are quickly passed around in fishing boats and other tight work environments. But, after implementing the active hydrogen peroxide plasma technology, businesses are drastically reducing or even eliminating illnesses among staff and guests.

This spring, President Biden signed the Alaska Tourism Restoration Act into law. The law lifts the requirement that foreign-registered ships traveling between the mainland United States and Alaska must stop in a foreign port.

Stephanie Jones Stebbins, the managing director of maritime for the Port of Seattle, says the loss of the 2020 cruise season has already cost the Puget Sound region plenty.

“When Canada closed the ports… it essentially wiped out our cruise season,” said travel expert Steve Danishek. He points out that the bulk of Seattle’s cruise business relies on ships traveling to and from Alaska.

In taking a closer look at the Port of Seattle, Seattle’s cruise industry plays favorably into introducing MAK systems.

“An increase in registered ships traveling to and from the Port of Seattle and the mainland U.S. will only drive demand for the MAK technology — even when COVID-19 is not an imminent threat, colds, flu and other illnesses still exist and can be hard to contain aboard even large vessels like cruise ships or commercial fishing boats,” Danishek said.

Mount believes that cruise operators can embrace active MAK technology. The tech helps prevent the spread of illnesses and reassure customers that the indoor environments onboard like restaurants, theatres, and shopping areas are protected and safe.

The bulk of Seattle’s cruise business relies upon ships traveling to and from Alaska. With the closure of the 2020 cruise season, what can the cruise and commercial fishing industry expect as restrictions start to loosen up?

“Like other industries, the cruise and commercial fishing industries are regaining capacity,” Mount says. “As businesses of all kinds look for long-term solutions to the pandemic, the cleaning of air and surfaces has come to the forefront. COVID-19 has woken us up to a seemingly obvious issue: the quality of the air we breathe, like the cleanliness of surfaces we touch, is incredibly important.”

Addressing President Biden’s recent enactment of the Alaska Tourism Restoration Act into law, Mount says that any return to normal will grow demand for active technology like MAK systems, which have been validated as 99.9% effective against COVID-19 by the University of Louisville, Center for Predictive Medicine.

“The technology is being distributed across the U.S. and other areas of the world as an added layer of protection in schools, nursing homes, restaurants, and a variety of other industries.”