Why Facial Recognition Remains a Powerful Yet Controversial Technology

Facial recognition is expected to become one of the most important technological developments of the era. While the usage of such technology is extremely controversial, the power of facial recognition could prove to be revolutionary across a variety of major industries.

It is surprising to learn just how long facial recognition has been in development. Experts have been working on the technology for around 50 years, but it is only relatively recently that it has started to work well enough to have a lot of different uses around the world.

COVID-19 could accelerate use of facial recognition technology

Many experts believe that the coronavirus crisis is set to see facial recognition technology adopted even faster across the planet. This is because the technology is being used by governments as part of their attempts to track and trace people who are affected by the virus.

It seems certain that once it becomes seen as normal for governments to be able to use facial recognition technology, it will be here for good despite the various privacy concerns. Facial recognition is a step beyond CCTV, which is seen by many as a force for good nowadays. 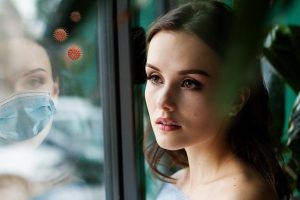 Image by Ursula Schneider from Pixabay

Writing for Euronews recently, Keith Oliver and Amalia Neenan from London-based Peters & Peters Solicitors LLP suggested people will have to accept the use of facial recognition as a means to keep them safe from harm. Controlling coronavirus could be the biggest challenge facing the planet in the 21st century, so some compromises are going to have to be made.

However, it is unclear whether or not facial recognition technology will be effective on people who are wearing masks in order to protect themselves from catching coronavirus. With the UK’s government now advising people to wear masks when out in public, facial recognition may need to be upgraded in order to still be useful. Biometric identification technology is also expected to play a part should governments turn to using new COVID-19 immunity passports.

Facial recognition technology is being used by companies in a lot of sectors, but its adoption appears to be faster in the casino business than in many other industries.

Macau casinos have been found to be using the technology in order to identify VIP players and those who have lost the most money to the house. It is claimed that sites being run by Las Vegas Sands and MGM Resorts are among those to have brought in facial recognition.

Being able to identify VIP players rapidly means that the casinos can make sure that these individuals are given the highest possible levels of customer service during their visits. This helps to make sure they have a special experience and will want to come back again and again.

While Asia seems to be further ahead, we expect UK operators to embrace facial recognition as more restrictions are placed on them by the UK Gambling Commission. The organisation has already moved to ban online casinos and bookmakers from accepting deposits from credit cards and more changes are expected to be on the cards in the coming weeks and months.

The Star Casino in Sydney, Australia, is another site to have invested in facial recognition as part of an overhaul to their surveillance practices. The decision to do so was partly made as a result of one of the casino’s croupiers having been caught trying to steal a chip worth $5,000.

Earlier in the month, Uber announced that all of its drivers in parts of the world such as India, the United States, Canada and most of Europe would be told to wear face masks while working. In order to make sure that its drivers stick to the rules, Uber is using facial recognition tech.

Before a driver is cleared to start a driving session for the company, they will have to pose for a selfie to show they are wearing a mask. Riders have also been told to cover their faces, as well as washing their hands before they start a journey in an Uber car.

“We will maintain this policy through the end of June, and then reassess based on local public health needs,” Uber said in a statement. “We’ve designed this feature to adapt to changing public health guidance and regulations as the pandemic evolves.”

This usage of facial recognition by the ride-sharing app is different to its Real-Time ID Check system. Uber says biometric information is not processed after mask selfies are taken, as the technology is only used to make sure the driver is wearing a face covering behind the wheel.

Uber drivers are just some of the people who are likely to have to get used to facial recognition technology being used in their jobs as the world continues to adapt to the coronavirus.

Why Facial Recognition Remains a Powerful Yet Controversial Technology