These Real-Life Superhumans Have Powers We Can Only Imagine

Warner Bros. Pictures’ Fantastic Beasts and Where to Find Them hit theaters November 18th of last year. After witnessing the magical world of Harry Potter dazzle us on the big screen, we’re geeking out over some superhumans and their own superpowers. Sure, these no-majes can’t scare a Dementor away with a corporal Patronus, but their powers are just as fascinating and awe-inspiring.

It may not exactly be a case of human magnetism, but Aurel Raileanu sure has a special talent in adhering odd objects to his bare skin. In 2014, Raileanu set the world record for the most powerful human magnet, being able to lift a 57 pound TV with his superpower. Raileanu has shown off his ability to hold two irons on his chest, as well as spoons on his forehead and neck. 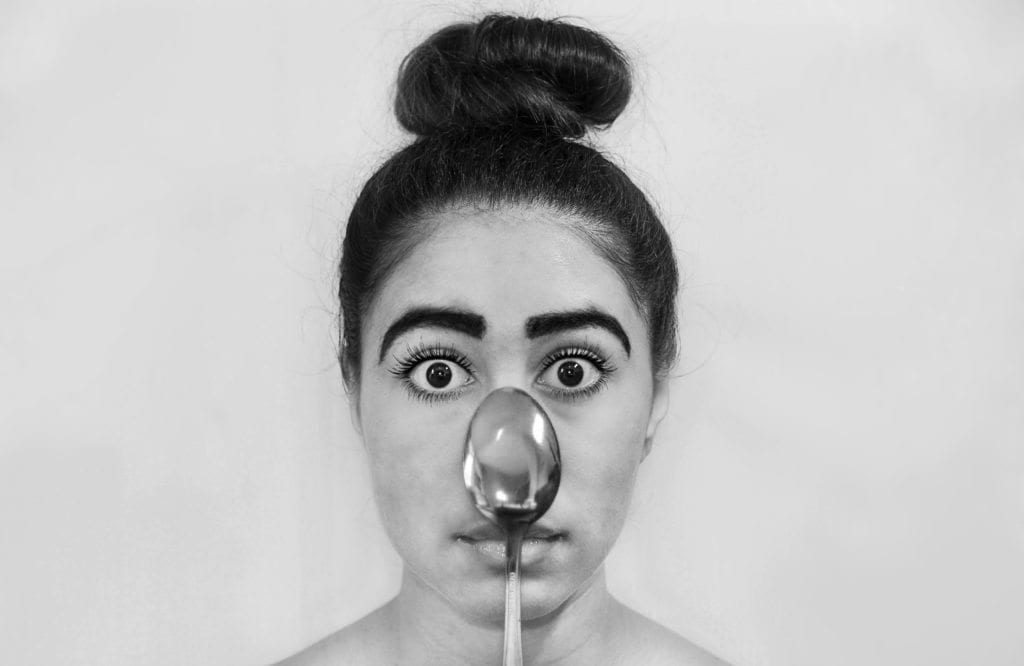 While the Magnetic Man cannot explain how his super power works, some scientists may have a strong theory. The magnetism is not magnetism at all, but the work of friction and unusually sticky skin. According to this theory, Raileanu is using the natural, sticky properties of his skin to seemingly glue the object against himself. This is suspected due to by the fact that it is not only metal objects that these human magnets attract, but also plastic, glass, and wood. Magnetism only occurs in metals, so to conclude that Raileanu is just a human magnet would be in error.

Further, scientists have noted that human magnets only attempt to stick objects to their bare skin, rather than on clothing. Magnetism is not easily blocked by thin cotton, so Raileanu’s superpower should work without him needing to undress. Regardless, because Raileanu can only adhere objects to his bare skin, scientists conclude that his superpower isn’t magnetism, but sticky skin.

Maybe Raileanu should consider changing his superhumans name to the Human Geko.

Many sufferers of the winter season may want to look into Wim Hof’s breathing method. This man can withstand extremely cold temperatures and has soaked in an ice bath for over an hour and fifty minutes. Hof credits his breathing and mental exercises, which help him light an “inner fire” and regulate his body temperature. It is this temperature regulation that may explain why Hof can run through the snow in nothing but shorts and boots.

Hof has put his method to the test several times. He is the current record holder for the longest soak in an ice bath. Further, Hof has almost reached the summit of Mt. Everest wearing just sandals and no winter gear. His method is so popular that Hof has even written a book, detailing his experience and teaching others how to withstand the cold. In 2016, however, four people died attempting to practice Hof’s methods. Hof continues to warn his readers to be careful practicing his methods and to avoid using them in water above all else. 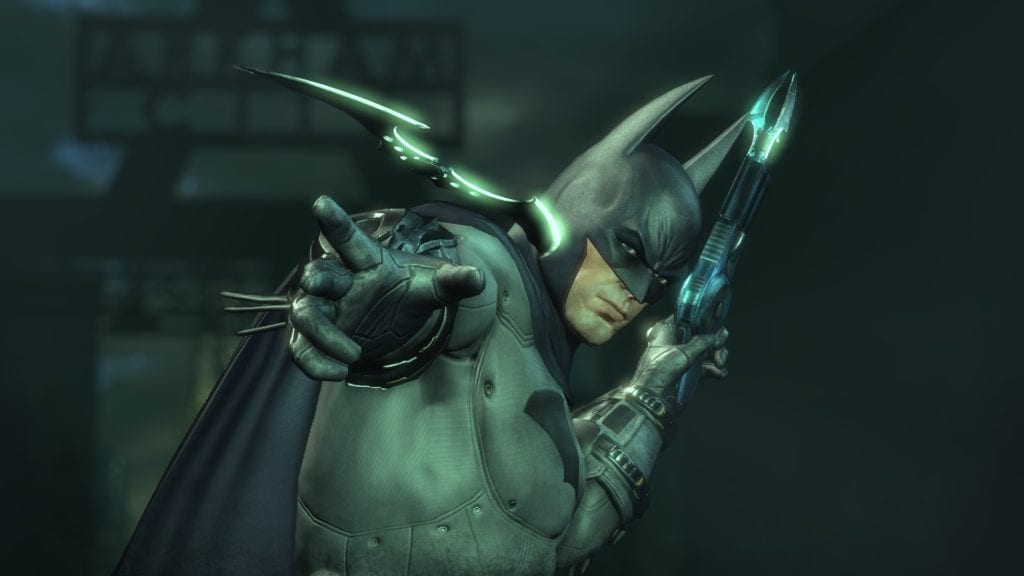 Kish didn’t lose his parents at the back of some grimy alley in Gotham City. But the fellow did have a tough infancy. At just thirteen months old, Daniel Kish lost both his eyes to an aggressive cancer called retinoblastoma. However, Kish did not allow his blindness to ruin his quality of life. Over the years, Kish has worked on perfecting his FlashSonar technique. It is this technique that, even though he is blind, allows Kish to navigate and “see” his surroundings. Making him one of our Superhumans.

Kish clicks his tongue to produce a sharp noise, which bounces back from surrounding objects and back for Kish to interpret. Even though the echo is very quiet, Kish has trained himself to hear the echo clearly and from there, distinguish the items or barriers surrounding him. It has taken years to perfect and even so, Kish continues to work on improving his skill.

While Kish calls his technique the FlashSonar, it goes by another name, echolocation. It is the same technique bats use to detect their prey in the darkness of night. By emitting a high-pitched sound, the noise waves bounce off solid objects back to the bat’s sensitive ears. The flying mammal can then interpret its surroundings and how close its dinner may be. Kish uses this very same technique and, not to leave other blind folks behind, is also teaching others his technique. Scientists would later use Kish’s technique to study the possibility that humans could teach themselves echolocation. Through trial and error, they can!

Studying swordsmanship since the age of 5, Isao Machii is considered one of the most talented Samurai swordsman of our modern times. Not only are his sensory skills (such as sight) super advanced, but Machii has further learned to control an emotion we normally wish to avoid: anticipation. It is this anticipatory skill that allows Machii to slice through a pellet, speeding at him at about 200 mph, cleanly in half. The human eye cannot see a pellet traveling this fast, so it is hard to witness Machii slicing the pellet. However, by the audible chime sounding from metal hitting metal, Machii hits his mark. Those who witnessed the event even slowed down their footage to watch the pellet split and scatter as it is sliced.

Machii owns his own samurai school and teaches others how to wield a blade. Through his teachings, students have marveled at Machii cutting through straw mats with ease and even slicing through iron pipes. He is so popular that YouTube is swamped with his videos.

So where does that leave the rest of us?

Well normal humans have been transforming themselves into Superhumans (okay maybe not superhumans like our guests above) but with dedication to a fitness regime and a balanced diet you too can have a great body and more importantly lower your body fat index and cholesterol.

Exercise.. Just the word used to cause me pain. Still I started on the path, beginning first with simply getting up from my desk and walking. As my stamina increased I sought the advice of a few friends who where into training They suggested that since I did not have a gym close by I could inexpensively outfit my spare room as my own personal gym. A great resource for choosing the right inexpensive equipment was also suggested to me. I chose a heavy bag from the Fighting Report website as well as gloves and other accessories. Next I chose a universal weight machine and a rowing machine. Finally I purchased a treadmill and a stepping machine. All told I spent less the $5,000. for a fully outfitted home gym. The result have been great! By having this equipment in my home I find that I actually exercise routinely rather then spend money on a gym membership, that might get used or then again might not.

On to the food you eat. Fail to eat the right foods to support that exercise and you’ll fail to see progress. It’s that simple. When it comes to your nutritional intake, one nutrient in particular you need to make extra sure you’re taking in enough of is protein.

Protein is going to provide the building blocks for which lean muscle mass is repaired and rebuilt with, allowing you to see strength gains from your workouts and also add lean, muscle in all the right places.

In addition to that, protein is also key for keeping your hunger levels under control and eating a little more of it in your diet plan can also boost your metabolic rate, allowing you to burn fat faster.

To help make getting in this protein easier, consider turning to a protein powder. Our good friends at MonicasHealthMag.com have taken the guess work out of choosing the right protein powder for you. You simply just mix, shake, and it’s ready to fuel your body.

The key point is that with a protein powder on a hand, meeting your needs is simple. What’s more is that certain protein powders are specially formulated to be digested very quickly, so these are ideal for immediately post workout. Likewise, other protein powders come with a balanced mix of nutrients – proteins, carbs, and fats, so will work great as an actual meal replacement power when you just don’t have time to prepare your normal mid-afternoon meal.

With so many different purposes, you simply can’t go wrong. Just do keep in mind that since protein powder does contain calories, you do need to account for them in your diet plan. Many get put off by protein powder because upon adding them to their diet, they start gaining weight. The reason for this though is not because the protein powder made you gain weight, but because you are now eating more calories than before and those extra calories caused weight gain. So as you add protein powder to your day, make sure that you subtract calories from another area so that your total daily calorie balance is still lined up properly.

See you on the other side of healthy, Superhumans!

These Real-Life Superhumans Have Powers We Can Only Imagine