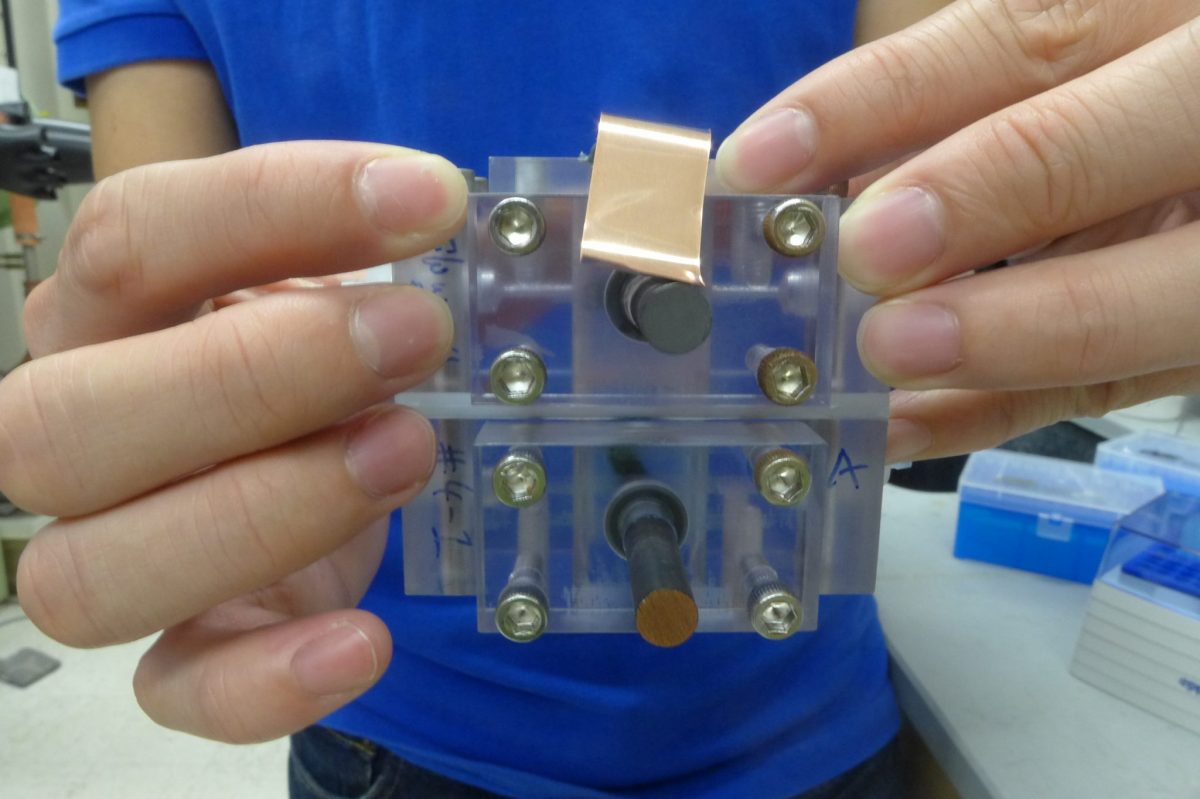 A new solar energy battery, large and affordable enough for our nation’s power grid, promises to hasten the U.S.’s transition to renewable energy.  The battery was developed by Dr. Song Jin, a chemistry professor at the University of Wisconsin-Madison, and his colleagues at the King Abdullah University of Science and Technology in Saudi Arabia. 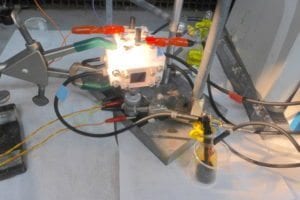 This solar-charged battery, developed in the lab of Song Jin at the University of Wisconsin-Madison, directly stores energy from sunlight in a tank. Photo by David Tenenbaum.

Jin’s new tech makes use of an existing type of battery, known as a redox flow battery (RFB).  Whereas traditional lithium-ion batteries store energy in solid electrodes, the RFB stores energy in liquid electrolyte.  Solid electrodes are highly rigid, but liquid containers allow the battery to be scaled up more easily so it can store nearly any amount of energy. “The RFB is relatively cheap and you can build a device with as much storage as you need, which is why it is the most promising approach for grid-level electricity storage,” says Jin.

The liquid storage container, or “aqueous electrolyte,” used by Jin’s battery is particularly noteworthy because it requires no expensive rare metals, instead using organic molecules to make the battery more affordable. Jin’s team is working to find still more efficient electrolytes as they continue to improve the battery.

The most groundbreaking part of Jin’s modified RFB is that it connects a solar cell directly to the battery.  Now harvested solar energy can directly charge the aqueous electrolyte without first being converted to electricity, thus conserving more energy and streamlining the battery as a whole. As Jin says, “We are using a single device to convert solar energy and charge a battery.” Putting all the components into one makes the new battery is simpler, cheaper, and more efficient.

Integrating batteries like Jin’s into our power grid will make our solar energy efforts far more productive and cost-efficient. It solves two solar hang-ups with one battery. “It’s not just about the efficiency of converting sunlight into electricity, but also about how much energy you can efficiently store in the device,” Jin explains.

Intellectual Property Challenges In The Cloud