“STEM” is occasionally interpreted as a reference to the stem cell research boom, but the acronym (also written as “STEAM” or “STREAM”) actually refers to the academic fields of Natural Science, Technology, Engineering, and (Applied) Mathematics, and sometimes includes Robotics as well. These areas encompass a wide variety of occupations – everything from web developers, civil engineers, physicists, and biologists to educators in all of those areas. Clearly, the four primary STEM education fields are fast becoming some of the most important in the 21st century, making an education specifically for STEM all the more important.

But what makes a STEM education?

It all comes down to the teaching model. Whereas traditional models teach each subject separately, STEM education treats science, tech, engineering, and math as extensions of one another – a cohesive group that works best in real-world applications. Interest in these topics, however, has been declining in recent years, and according to the U.S. Department of Education, “it’s more important than ever for our youth to be equipped with the knowledge and skills to solve tough problems, gather and evaluate evidence, and make sense of information.” These are all skills that STEM education provides, increasing the importance of fostering interest in STEM from an early age and in a more diverse range of students nationwide. 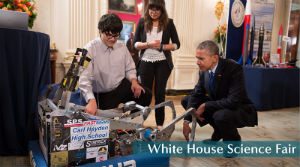 As technology advances and as computer literacy becomes a necessary part of a growing number of jobs (around 80% according to the National Science Foundation) education in STEM fields will become a significant asset. The U.S. Bureau of Labor Statistics (BLS) projects that between 2012 and 2022, a large percentage of STEM fields will experience greater growth than non-STEM fields, with a need for an estimated 9 million additional STEM-educated workers by 2018. STEM fields are also some of the most lucrative, with their workers earning about double the amount of those in non-STEM fields.

But a big paycheck isn’t what’s going to get kids interested in the complex and often dense topics that STEM deals with. The key is that students must be interested in STEM because they want to be interested, not because they have to be. The best way to achieve that genuine interest is through natural curiosity, at least according to Mark German, the president of E-Line Learning at E-Line Media, who coordinates with The Joan Ganz Cooney Center at Sesame Workshop to create the National STEM Video Game Challenge.

“Introducing students to STEM learning should start very young, and part of the reason is that students come into this world asking lots of questions,” he said. “It’s always the ‘how’ and ‘why’ questions that we hear, and then over time, sadly, as they spend more time in school, the nature of those questions shifts. Students tend to ask more about ‘Why do I need to learn this?’ or ‘Is this going to be on the test?’ It’s less about self-directed learning. The younger years are a great opportunity to build upon that natural curiosity.”

The Challenge, now in its sixth cycle, was first announced in 2010 as a part of the Obama Administration’s “Educate to Innovate” campaign, an initiative designed to get more students interested in exploring careers in STEM. On July 30, 2017 this years winners were announced. You can learn more about these winners here! 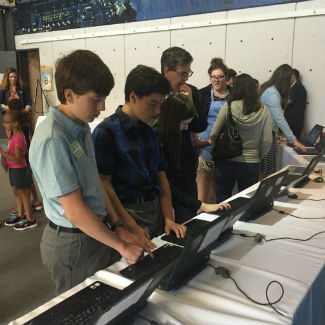 “In the process of designing video games…a lot of those STEM skills…are those that are very relevant, that address a lot of 21st century skills, such as problem solving, critical thinking, collaboration, and design-system thinking.” This set of skills isn’t arbitrary, either; the Challenge’s members reviewed college and university game design programs to create a list of skills “guided by research and informed by best practices.” German also said that it gives students an opportunity to participate in an experience that provides them with the educational support they need to start considering careers in STEM. The Challenge also “[introduces students] to peers and experts who can make them even better at what they like doing.”

Another goal has been to increase participation in girls and young women, a demographic that has been largely underrepresented in STEM until very recently, by working with organizations like the Girl Scouts and Girls Who Code. And this past year the Challenge invited game designers from HER Interactive, the makers of the Nancy Drew PC games, to a workshop in Seattle, WA.

Above all, however, the Challenge’s aim is to validate students’ interests and motivate them to learn and become better. “A lot of it is about being able to provide a platform and showcase opportunities for students to be honored for their work,” German said. “And to be able to find others who share their passion, and introduce them to mentors who can provide them with feedback and give them the opportunity to level up their skills.”

So what does this mean for the state of STEM? True, STEM education is suffering from a bit of a dry spell as far as new graduates. But there are organizations and initiatives out there, like the STEM Video Game Challenge, that are helping the cause. And, at least for now, we don’t have to worry about running out of STEM workers any time too soon.

Why Is Augmented Reality a Game-Changer for Manufacturing?