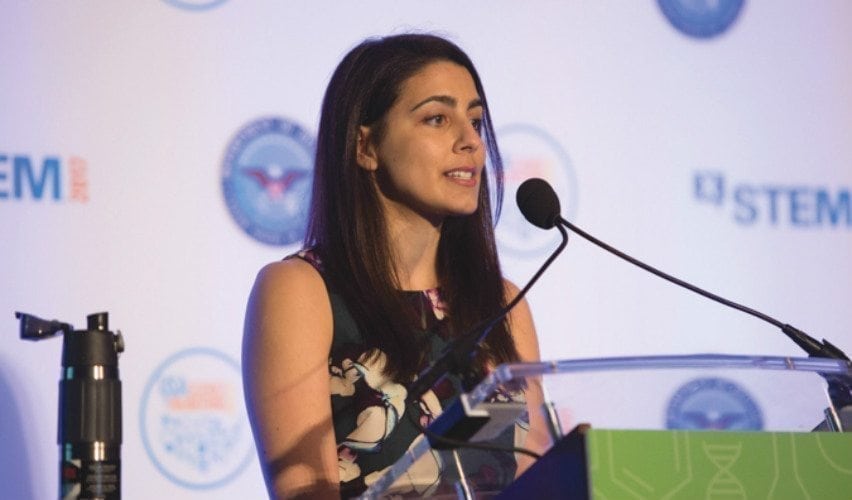 Not all biomedical researchers spend their days moving fungal samples into test tubes with pipettes and Petri dishes. Some are out in the field, strapping sensors onto sweaty baseball players or pasting instruments onto pirouetting ballerinas. That’s where you can find Dr. Antonia Zaferiou, director of a growing research lab at Rush University Medical Center that uses cutting-edge sensor technology to answer questions in biomechanics.

Zaferiou and her team are currently working on “developing biofeedback to reduce the risk of injury while improving performance,” studying activity that ranges from shoulder movement before and after replacement surgery to how baseball players move while swinging a bat.

Research like Zaferiou’s can help train athletes to adjust their movements by even fractions of an inch to avoid repetitive strain or larger injuries. She explains that athletes are so aware of their bodies that they can make these tiny adjustments – so long as they can see them and understand why the adjustment improves their movement techniques. “Instead of showing graphs, maybe you show a force arrow overlaid on top of their body,” Zaferiou says. Bar graphs don’t help most people understand results, but “having athletes stand up and try different things with real-time feedback is more exciting, and potentially more useful for them.”

Zaferiou explains that the technology she uses to isolate these tiny movements has greatly improved over the last decade, though it can only be useful if labs have the funding to secure the new gizmos. Specifically, the wearable sensors that are crucial to her research have become much smaller and sleeker: an accelerometer, magnetometer, and gyroscope now total the size of a pinky fingernail.

Zaferiou spends a lot of time with sensors and wearables to complete her research, and her experience gives her a nuanced perspective about what these powerful pieces of tech can do. New sensors mean Zaferiou can begin to ask new questions and design experiments that harness the sensor’s ability to capture new kinds of data. These fresh perspectives benefit patients looking for therapies attuned to their specific motions.

She explains that wearables can be used to measure human movement, but not in the same way as standard motion capture is used. Motion capture reveals position, but new wearables calculate “acceleration and how quickly something rotates.” 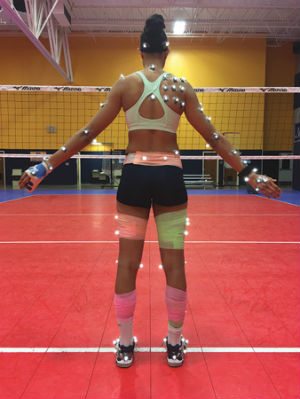 This is an exciting development for Zaferiou, one she feels is not gaining enough momentum in the medical research field. “The instinct for a new technology is to validate it versus other systems that have been used before,” she says, but she thinks the best way to use the new tech is to let the data tell its own story. “Why should we force that sensor to give us an estimate of position versus leveraging what it does measure well?” she asks. “We have to be responsible with how we’re treating the data because if we’re forcing it to measure something it doesn’t directly measure, that means there will be assumptions along the way.”

Whereas motion capture is usually confined to a lab, the wearables fit in a suitcase Zaferiou brings to a batting mound. “These sensors have potential to revolutionize and make sure that we’re studying people in realistic situations,” she says.  Some companies have even developed waterproof sticker wearables that patients can wear for researchers to monitor an entire day and night of movement.

Zaferiou sees her research as just the start of what her field can do with wearables. “There are all of these companies launching wearable sensors…This is really a moment for biomechanics to start thinking creatively about what we can you do with these new capabilities,” she says. Everyone from joint replacement patients to elite athletes stand to benefit from the biofeedback approaches  Zaferiou’s data willpower.

Images Courtesy of Dr. Antonia Zaferiou. Bottom Left: An athlete wearing an array of sensors to capture motion and force data while she plays. Top Right: The digital representation of the data gathered by the motion capture sensors.