Social Media: A Telescope to Study the Stars

One of the many uses of social media is as a platform from which celebrities and brands can communicate with their fans. With the introduction of Twitter in March 2006 and Instagram in 2010 (courtesy of Kevin Systrom), it has never been easier to find out what our favorite celebrities are up to.

July 2017 saw singer Katy Perry’s Twitter account having acquired the most followers globally, at an astounding 101.72 million; even the sixth highest number of followers – for The Ellen Show’s Twitter account – was incredibly high, at 70.42 million. Not only can celebrities use their social media as a means to interact and relay personal information of interest to the public but they can also use it as an advertising tool for their latest works or ventures. As Marc Morgan explains, “if you’re not attempting to use social media as an advertising tool and a medium to create those connections with other artists and people who could be interested in your work, you could be seriously hindering yourself”.

Actress, activist and model Emma Watson has 26 million Twitter followers. On Instagram, however, she has only made 64 posts over three years since she began posting on July 8, 2014. Yet this makes it easy to see what is most important to her, or at least what she feels it is most crucial to communicate to the world. Of these, 36% feature her activism efforts, 32% literature, and 11% sustainable fashion. The posts depict her all over the globe, with Watson often mentioning her location, meaning that fans can follow her adventures in tandem with her.

A good portion of her media presence also originates from news reports and articles, which then spark social media reactions and conversations, rather than her social media directly letting people in on small details of her life herself. Rather than posting these details on Twitter, she prefers to link to articles in which she has been interviewed for this information. For example, Into the Gloss conducted a dissection of her make-up choices, while Coveteure ran a piece on “Inside Emma Watson’s Closet.” Subsequently, although Watson’s social media provides an insight into her work and matters close to her heart, her social media activity is not nearly as revealing or personal as that of some other celebrities.

Conor McGregor is the ONLY fighter ever in UFC history (with 10+ fights) to average more than 1 knockdown per fight … insane power.

29-year-old Conor McGregor is arguably the biggest star of the mixed martial arts (MMA) circuit. Betting site Betway’s study of the professional boxer’s Instagram reveals that over time the champion (also known as “The Notorious”) has become increasingly open with the public regarding the content of his posts. As opposed to his fighting-focused photos from 2013, his account is now far more oriented toward the people he meets and loves (notably, one in eight of his images in 2017 have been of his family), as well as the “fashion, cars, and watches that he is synonymous with.” What his Instagram makes clear is that McGregor’s use of social media is carried out with the aim of displaying the things he loves for everyone to see, thereby painting a highly personal portrait of him.

“The world's changing – it's time we change too.” Now’s the chance to prove that you’re stronger than the heroes! Do not miss out on #HotToys’ upcoming collectible figure from #SpiderMan: Homecoming! Stay with us and find out more at San Diego Comic-Con! pic.twitter.com/e5kPOfarvg


Tom Holland, the latest Spider-Man to fly onto the big screens, is an engaging online media presence. Not only does he reply to tweets but he also regularly retweets his fans’ tweets… especially if they are complimenting Spider-Man: Homecoming, which was released July 2017. You can sense his excitement about the film; it is a prevalent influence in the majority of his recent Twitter activity. That, coupled with his charisma and openness, makes for a brilliant selling force.

His posts also include personal updates such as “Chilling at the airport and looking at the baggage store. Buy your suitcase at the airport is the definition of last minute” and “Just showered listening to music and umbrella came on … Full choreo!” These small, day-to-day observations nevertheless inspire a strong sense of familiarity between him and the public, which serves to increase their loyalty and interest in him, by bringing the public into his own world.

And in addition to his presence on his own social media accounts, video interviews with him and his appearance on television shows also reveal new information about him and increase his public appeal. Notably, his Lip Sync Battle against Homecoming co-star Zendaya Coleman was a TV moment that showed off his obvious enthusiasm and wish to share his enjoyment with everyone watching – that is what makes him so likeable.

It is clear that social media is, and will continue to be, a prominent factor in giving the public an insight into the lives of celebrities. The best thing about this relationship is that it can be mutually beneficial. While the public gains enjoyment and a closer understanding, the celebrity has a chance to share what they love. 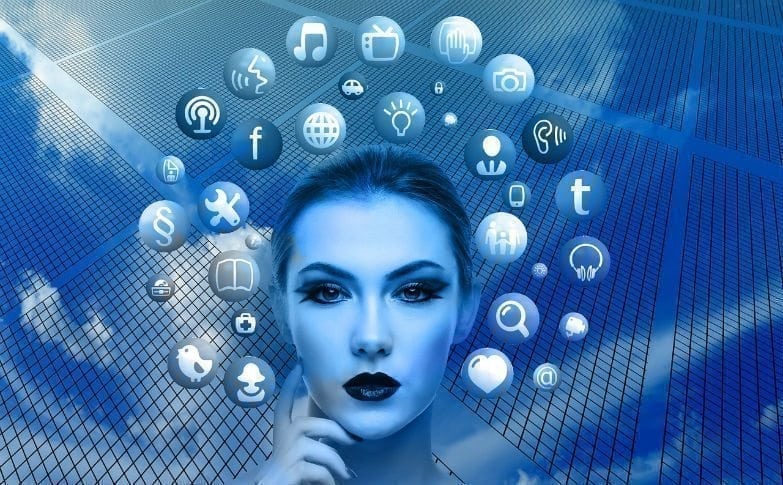