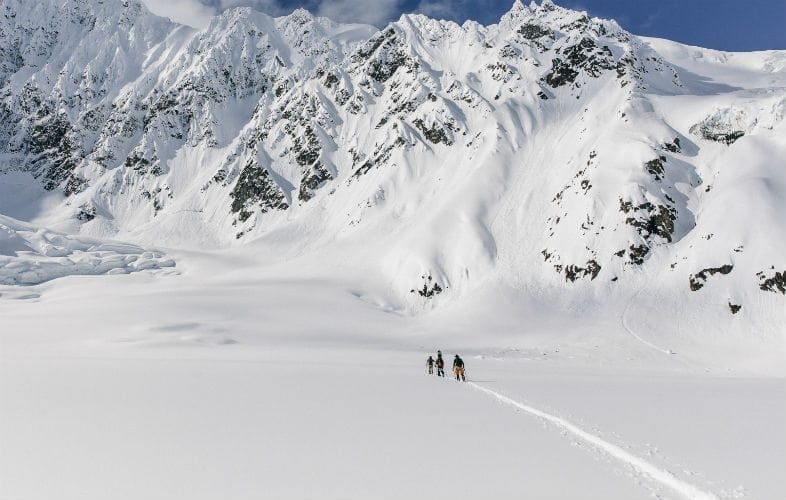 Jeremy Jones is a master of his craft and a force (on behalf) of nature. In addition to being one of the pioneers of big mountain riding, Jones has collected accolades like National Geographic’s prestigious “Adventurer of the Year” and Snowboarder Magazine’s “Best Big Mountain Rider of the Year” 10 times over. He’s also earned recognition from President Barack Obama for founding Protect Our Winters, a non-profit environmental organization charging towards positive climate action. As a globetrotting veteran of the sport, Jones has witnessed firsthand the grave effects of climate change on routine stops to some of the most remote terrain imaginable.

Innovation & Tech Today: Mountain riding is about exploration and taking huge risks. Do you think this is the type of relentless pursuit that shapes a true big mountain rider?

Jeremy Jones: I’ve spent my life kind of focused on going to places no one’s snowboarded before, and I think, at the heart of big mountain riding, that is a very important point to it. Always breaking new ground. It’s funny, I used to not be super concerned with, say, riding first descents, but over time I realized that you are definitively breaking new ground. When you are riding a mountain that’s never been ridden before … There’s no denying you’re going where no one has ever gone before. And so new lines are a big part of that.

I&T Today: You seek the unridden, ultimate terrain. Could you describe what this looks like to you? 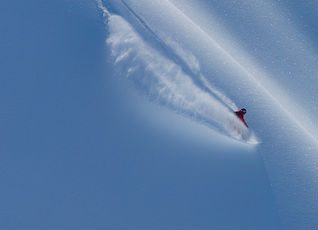 Jeremy Jones: It’s really interesting when you go into this unridden, untraveled part of the planet … It’s just the difference between being the second person to ride something and the first person that’s significant. There’s all this unknown, and there’s all this, “Guys, is this a good idea or a bad idea? Should I not be doing this?” And it’s one of those things, if you do make a mistake, and you don’t come home, it’s like, “God, why would you ever even think about riding that line?” But, if you go where you’re able to ride the mountain clean and beautifully, then, next thing you know, people are lined up to go and hit that line after you.

I&T Today: Since you’ve ceased using helicopters to get to your lines, you’ve really been able to sharpen your mountaineering skills. How has this strengthened your relationship with the mountains?

I&T Today: How has tech aided in your search for the next big monster run?

Jeremy Jones: Tech continues to play a key role in both equipment – the snowboards that we’re riding, specifically the splitboards which have been around for awhile – and then there’s been everything from bindings to skins to poles, this huge progression the last probably eight years. So the equipment’s better, the boots are better, the bindings are better, boards are better. And then also we’re seeing a much welcomed innovation on the backcountry front, or the snow-science front I should say. There’s been more tools on how to read the snowpack. There’s more people out there documenting what they’re seeing, so it’s kind of on all fronts … We have more tech and innovation to help us make better decisions out there. But still at the root of it is to get connected to the mountains, listen to what they’re telling you, wait for that right moment, and go and do what we’re trying to do and come home safe.

I&T Today: You’re considered one of the pioneers of big mountain riding. What is one thing you’ve learned over the years that you wish you knew at the beginning of your career? 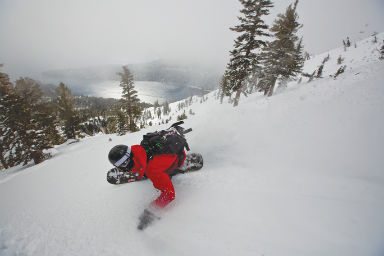 Jeremy Jones: [Laughs] Well, I’m considered a leader in this space, but it is really important to note [that] I consider myself just one of many moving the ball a little bit forward from past generations, and I continue to always look to the generation in front of me, and the elders, and learn from them. And if I could tell myself one thing, it … I mean it’s tough, because you need all those hard lessons, and so I’m pretty fortunate to be here, exactly where I am now today, and you kind of can’t get there without those highs and lows.

Just really taking care of my body is critical. You know people ask me like, “So what are you going to do when you’re done being a pro?” And it’s like, “I’m going to go snowboard.” There’s never been like this endgame of like, “Let’s put it all on the line and beat up your body and be a pro as long as possible and then you can retire.” For me, there’s a time when I won’t be getting a paycheck to snowboard, but that will not change my going out and snowboarding on a daily basis.

I&T Today: You established yourself in the sport of snowboarding well before today’s technology was in play. Can you tell us what this road has been like? How has tech enabled you to go further, deeper, and higher?

Jeremy Jones: Tech brings some convenience on a lot of fronts. The technology and the equipment we’re using, the technology in being able to read the snow also helps. It’s still hard to get out of a warm sleeping bag and go and climb up these mountains. To properly read the mountains you have to be really connected with the mountains, so in some ways tech really helps.

Like for me, when I go into the mountains, I am going into a portal, and that is a spot to turn technology off. And occasionally there’s scenarios, whether it’s mapping or getting weather reports from a satellite device or what have you, where tech definitely helps, but it doesn’t replace common sense and being connected with the mountains.

Click The Logo to learn about Jeremy’s Organization Protect Our Winters!

Watch The Full Video Interview Below!

Michael Phelps Gets Candid About His Struggles in the Spotlight