This year especially, cybersecurity has been a daunting threat, with a variety of worldwide attacks including WannaCry, which affected over 10,000 organizations in over 150 countries. Because of these constantly looming threats, cybersecurity is now a vital industry, causing many cities to elevate their digital defense. However, few cities are employing the strategy of Sierra Vista, which has supported anti-hacking efforts through education. With this initiative, the city has been able to not only attract top cybersecurity firms but also establish a sustainable STEM education system. 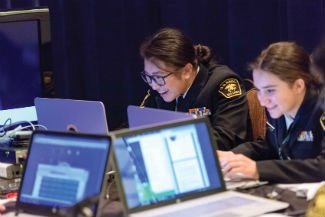 By integrating younger generations in STEM and cybersecurity education, Sierra Vista is establishing a strong base as a hub for cybersecurity. The most prominent example of its dedication to education is at Buena High School. The school partners with CyberPatriot, a program created by the Air Force Association (AFA) to inspire students toward careers in cybersecurity and other STEM disciplines. In fact, Buena High School gained national attention in 2010 when they finished second in the CyberPatriot annual network defense competition. In addition to the program, the Sierra Vista education system also receives support from the Armed Forces. Every year, the Armed Forces Communications and Electronics Association (AFCEA) Club sponsors a competition called Computer Challenge. Students of all ages (high school, middle school, and elementary school) compete in events like knowledge tests, word processing, and computer programming. 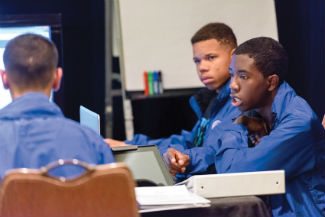 However, Sierra Vista’s focus on cybersecurity doesn’t stop with high schools. Its dedication continues on with local colleges. The University of Arizona, Sierra Vista established their Center of Academic Excellence for Cyber Operations in August of 2016. The center’s curriculum is currently undergoing National Security Agency (NSA) accreditation, which, when received, will make the university one of the few institutions that are accredited by the NSA. Additionally, Cochise College has been teaching information security and cybersecurity for over a decade. The college works closely with UA Sierra Vista and will host one of its Internet of Things labs. Cochise also primes young minds for the industry with their annual cyber summer camps, training students in cybersecurity and the importance of ethical hacking.

Finally, at the top of Sierra Vista’s cybersecurity industry lies Fort Huachuca. As the headquarters of the Network Enterprise Technology Command (NETCOM), the fort is the key to maintaining and protecting the Army’s global network enterprise. It also hosts the U.S. Army Intelligence Center of Excellence, teaching the doctrine, procedures, and skills for intelligence support to cyber operations in the Army and Department of Defense. Not only does Fort Huachuca help to protect the country’s network, it also helps boost local businesses. The fort hosts two primary testing centers, offering third-party testing to companies that would like to validate their technology. Huachuca also contracts with many local private companies, including General Dynamics, Mantech, Northrop Grumman, and Raytheon. These and other tech companies set up shop in Sierra Vista to provide services that support this mission.
In their dedication to STEM education, Sierra Vista has created a solid base to bolster their cybersecurity industry. By raising the ethical hackers of tomorrow, the city has established itself as a cybersecurity hub for the present and future.