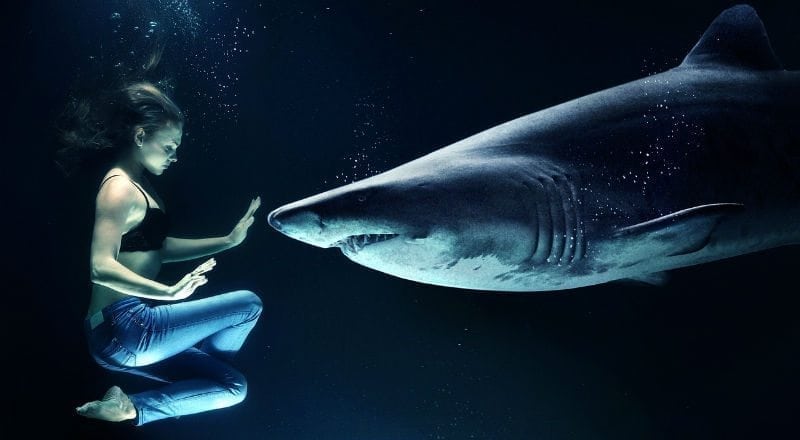 For about 30 years, Shark Week has returned summer after summer like a national holiday. What started as a simple educational show on conservation has now become a cultural phenomenon.

America’s fascination with sharks started in 1975 with the movie Jaws, portraying an inexplicably large shark with a thirst for blood. However, while Jaws struck fear in the hearts of viewers, Shark Week set out with a different plan. The original content in those first few years was heavily devoted to conservation efforts and correcting misconceptions about sharks that media like Jaws had spread. The original programs held titles such as Sharks on the Brink of Extinction and The Man Who Loves Sharks. Those titles are a far cry from some of this year’s titles: Great White Shark Serial Killer Lives, Shark-Croc Showdown, Devil Sharks.

But even as the program evolved, the viewership only grew. Discovery’s ability to keep Shark Week relevant throughout the years has led to its extreme popularity. They’ve featured a bevy of impressive hosts – Mike Rowe, Craig Ferguson, Andy Samberg, Rob Lowe – and have even featured 3D segments. And, of course, they began to embrace some of the mystery and violence of sharks — featuring reenactments of brutal shark attacks and slow-motion videos of great whites leaping out of the water for a kill — feeding viewers’ insatiable fascination with the animal. 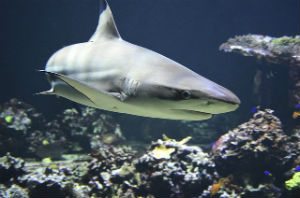 Shark Week famously portrays sharks as one of the world’s deadliest killers. However, humans have been doing the majority of the killing in this relationship. In 2013, a study was released stating that approximately 100 million sharks were killed per year. To put it another way, that’s 6.4 to 7.9 percent of all sharks per year. Alternatively, humans have approximately a 1 in 3,700,000 chance of being killed by a shark during an entire lifetime. For comparison, that same human has a 1 in 63 chance of dying from the flu. Regardless of the facts, the violence currently portrayed in Shark Week has completely changed the way people view sharks, and not for the better.

The program that originally set out to change people’s misconceptions about sharks, now may be adding to them. A 2014 study by Jessica Gall Myrick and Suzannah D. Evans looked to see if integrating shark conservation PSAs into Shark Week could mitigate the fear of 500 viewers. All subjects had fearful reports following the viewing of violent Shark Week content, whether it was paired with PSAs or not. People continued to overestimate their own risk of being attacked by a shark, even when presented with the facts. Myrick and Evans referred to this as “mean ocean syndrome,” a play off of mean world syndrome: the idea that people who watch a lot of violent crime television tend to overstate their likelihood of being a victim of a crime. Thus, in the same vein, those who watch television programming that portray the ocean as a dangerous place will overestimate their likelihood of being a victim to the ocean. However, the PSAs did contribute something. Although the fear was still there, the PSAs did prompt an increased interest in shark conservation. This is a big opportunity, as Shark Week could use its popularity for good and begin to promote shark conservation once more. It should be an important facet of Shark Week, since sharks play such integral roles in ocean ecosystems. And the time to act is now as many shark species are heading towards extinction.

This all isn’t to say that nobody should watch Shark Week. It is a great opportunity to learn about one of the world’s most fascinating creatures. But, like all television, it is important to understand how the dramatization of it all may affect your perception of the world.