Remember back in the 1990s and early 2000s when video game magazines sometimes included a disc? As gamers, our collective interest was piqued. Our curiosity growing, we hurriedly opened the magazine up and tore the disc jacket out, eager to pop it into our PlayStation 2s or original Xboxes. There was something magical about receiving a free demo, a feeling that’s indescribable. It was like we won a cereal box prize, but instead of a cheaply made trinket it was a taste of adventure, a preview of other worlds that drew us in.

Things are undoubtedly different now, especially when most games are downloadable these days. I can’t remember the last time I actually bought a physical copy of a game. And even when we do, often there are Day One patches that the game needs to download before we can start playing.

While this is almost certainly going to be the case from now on, Sony may at least be trying to rekindle that demo disc mystery with the inclusion of a demo disc in the modern era. Their PlayStation VR headset, releasing in October of this year, will reportedly come with a demo disc containing eight virtual reality-ready game demos, a throwback that’s certain to sweeten the deal for anyone planning on purchasing what looks to be one of the best VR headsets to date. Here is the list of included games and what aspect of VR they might showcase. 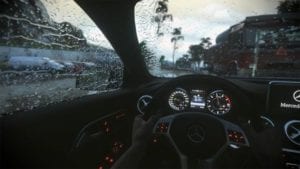 Driveclub is already a pretty great racing game. While it doesn’t offer anything particularly special from other racing games, it has some of the best graphics around (especially when you consider that it was first release in 2014, which, while not that long ago, is long enough for several advancements to have been made in the video game graphics world). Racing games are already perfect for VR since in-cockpit racing is sure to be more exciting than the camera floating behind the car. Driveclub VR is sure to take racing to the next level, giving us that octane-fueled adrenaline boost it we can’t easily have in the real world. 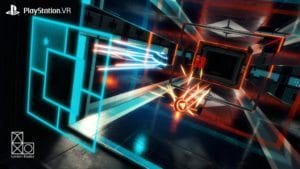 PlayStation VR Worlds was announced earlier this year, and will feature several different VR experiences in one game. The space combat and deep sea diving will both be incredible in VR. Imagine being able to dive as deep as you want, tangling with sharks or exploring shipwrecks — but without the risk of running out of air. 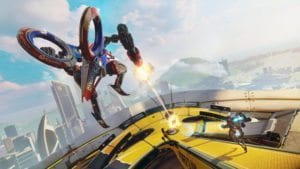 RIGS will provide a shooter-slash-sports experience, mixing mech combat and field sports. As fast paced as it looks like its going to be, experiencing it in first person will be nothing short of exhilarating. Super jumps and high speed action look to be some of the things showcased in this game. 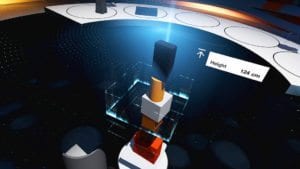 Tumble VR is a puzzle game that changes pace a little bit from some of the more action-packed games featured on the demo disc. Tumble will have players stacking and building just like the original on the PS3, and if you’re a fan of physics based puzzle games, being able to build with giant, digital blocks might be something you’ll want to try out. 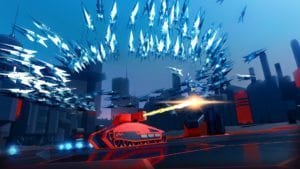 Battlezone is a definitive look at what VR tank combat can be. Set in a Tron-like atmosphere that’s bright and glowing, it will provide a thrilling multiplayer experience as you command your tank from the drivers seat. The procedurally generated maps with different features each time are sure to make the game an interesting challenge, especially in VR. 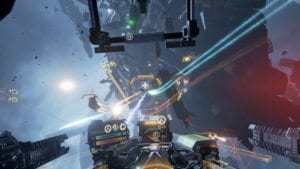 EVE Online is perhaps known best for its reputation as an economy simulator, a game where the digital ships at your command can cost thousands of real-world dollars. EVE Valkyrie, set in the EVE Online universe, will put players in the pilot seat instead of behind the digital managers desk. Dogfighting in space, in VR? Sign me up. 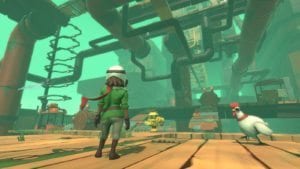 Wayward Sky boasts an interesting interaction of first- and third-person mechanics, offering an artistic puzzle experience. In a PlayStation Blog post, Game Director Eka for the game emphasized the vertical element of Wayward Sky. “We’ve designed wide open environments and we play with layered verticality to really show off the power of what it feels like to inhabit a space in VR,” he wrote. Having such a vast space to play around in is certainly something that VR has the potential to utilize in a way that changes the gaming world forever. 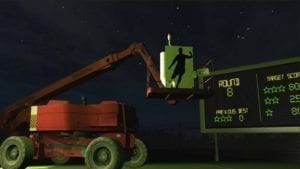 No, Headmaster isn’t about running a school. Instead, it refers to “heading” the ball in soccer (or football, since the game claims that “soccer” is a dirty word). In what seems to be a Portal-esque storyline (at least in some ways), Headmaster will have players moving around a little, hitting virtual balls with their head in order to progress past puzzles and challenges on the way to returning to their club. This is certainly an interesting take on how VR can unite movement and video games, perhaps differently than what the Wii attempted to accomplish when it came out.

How VR shapes the future of video games and the video game industry still remains to be seen, but with the release of several VR headsets coming up in the next few months, it’s certainly going to be a wild (and fun) ride.