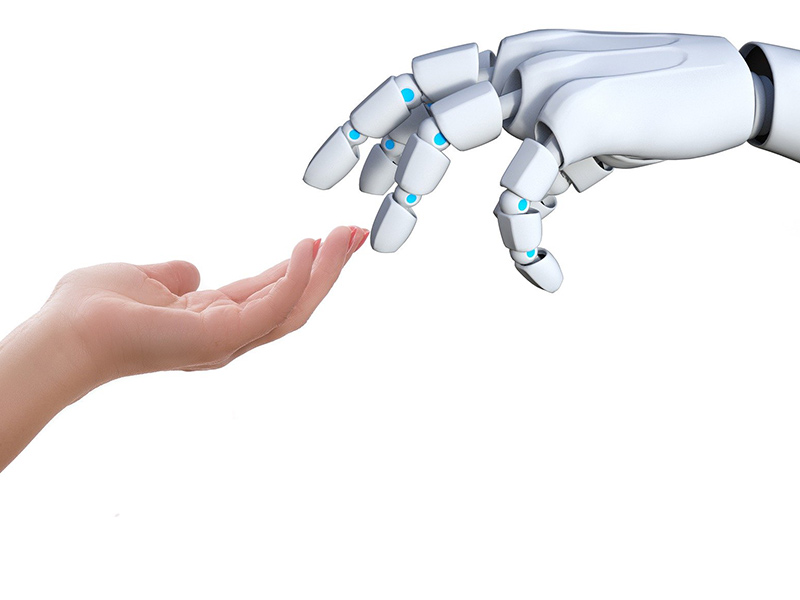 Of the many technologies portrayed in science fiction that have become reality, robots have perhaps played the greatest role in rapidly reshaping our society. From architecture to zoology, you can find these electronic helpers tirelessly working alongside their human counterparts in just about every area of research and industry. 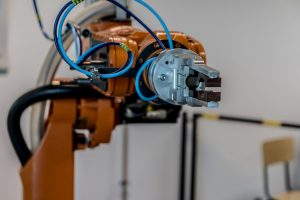 Image by Michal Jarmoluk from Pixabay

For better or worse, robots probably deserve more credit than they often receive, frequently placing themselves in environments and situations seen as impossible or too dangerous for humans. Like something from a science fiction film, robots have enabled some humans to have what we would consider superhuman powers.

Healthcare is certainly no exception in this rise of the machines. For both doctors and patients, robotic technology is playing a major role in improving medicine. Thanks to robotics, health care professionals can provide higher quality care and work more productively, and patients can live healthier, more fulfilling lives. Here’s a look at some of the robotic technologies that are transforming healthcare.

Surgical Robots Make It Safer to Go Under the Knife

We often like to rightly call surgeons “miracle workers,” but even the most skilled surgeon is still human, limited in his or her precision and accuracy. Surgical robots are able to perform many difficult and complicated procedures that require extremely precise skill on the surgeon’s part. One of the most popular surgical robots, the da Vinci from Intuitive Surgical, acts as replacement hands for a human surgeon by navigating its arms as the surgeon controls it from a nearby computer terminal. Unlike the surgeon, however, the robot isn’t affected by factors like too little sleep or too much caffeine that can lead to shaky hands.

As artificial intelligence and machine learning continue to evolve, we’ll likely start seeing the technology incorporated into surgical robots in the future. With access to vast amounts of data and advanced algorithms, surgical robots will assist physicians in making better, more informed decisions without the cognitive biases that can affect a diagnosis. They could one day even plan and perform entire surgical procedures with little or no intervention from human surgeons.

A 2012 study found that for every 100,000 prescriptions, pharmacists made an average of five errors. These errors can potentially be catastrophic by putting patient’s lives at risk and causing unnecessary financial troubles for everyone involved. Some pharmacies, like the University of California, San Francisco (UCSF), are utilizing robots to assist in processing prescriptions. 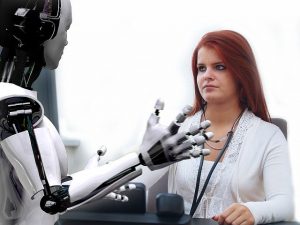 Image by Thomas Meier from Pixabay

Additionally, UCSF employs TUG mobile robots from Aethon to transport these medications, as well as surgical instruments, lab specimens, food, and other equipment all throughout the hospital facility.

Before you mark off the pharmacy as another industry that has fallen victim to automation, know that there is still an important place for human druggists. By relegating robotics to the more manual pharmaceutical tasks, pharmacists will have more time to focus on the best drug therapy for a patient and monitor patients for clinical response and adverse reactions.

Another kind of machine that you may someday find roaming the halls of a clinic or home is a telepresence robot. These are essentially mobile videoconferencing systems that allow doctors to remotely work with patients. One model, the RP-VITA from InTouch Health, aims to be as close to a real doctor as possible.

Doctors can remotely move RP-VITA anywhere with just a single click, and the robot can detect and avoid obstacles like IV lines and glass doors as it ambles toward its destination. RP-VITA also runs on InTouch Health’s robust telemedicine platform, which allows it to integrate itself into a hospital’s electronic health record system to display and modify patient data. It’s even equipped with the ability to connect with medical devices such as otoscopes and ultrasounds.

One study forecasts that the telepresence robot market will grow as high as $7 billion as the technology continues to advance. While it’s not nearly the same as having a doctor available in person, these robots will allow doctors to extend their range of care to a greater number of people by having a presence in every home, no matter how far away.

Doctors aren’t the only ones who get to have fun when it comes to using healthcare robots. The use of robotic technologies by patients to complement or replace drugs and traditional therapeutics is currently one of the hottest new areas of research in medical technology. Many experts believe that some of these “digital therapeutics” has the potential to be just as, or even more, effective than taking medication, but without the nasty side effects. 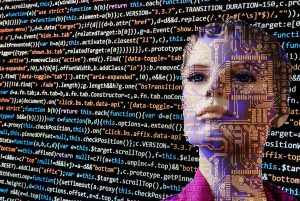 Ever since it was discovered that the human brain isn’t “hard-wired” and can overcome the paralyzing effects of a stroke or spinal cord injury with intense rehabilitation, the area of robotics has been largely devoted to restoring mobility in victims of a stroke or injury.

Similar to the technology that you’d find in an Iron Man suit, these rehab robots feature electronics that can dynamically assist the patient with specific movements that he/she initiates and can adjust its contribution as the patient’s own mobility improves. Some of the rehab robots can be programmed with physical therapy exercises that the patient can perform as the robot’s movement sensors track the patient’s progress.

Therapy robotics have also shown much potential in treating kids with autism. “Nao,” a brightly-colored robot, “Charlie,” a fuzzy green monster, and “Paro,” a harp seal, are just a few of the many robotic creatures designed to treat autism and other mental disorders. Though cute and cuddly, these creatures contain various tactile sensors, microphones, and cameras to detect a child’s movements and behavior, as well as surrounding lights, sounds, and movements, to respond appropriately. A recent Dutch study involving “Nao” showed that autistic kids who included the robot during 20 weekly therapy sessions made more progress on their social skills than those who didn’t get to work with it.

While there ’s still a lot more research needed for therapy robots and the digital therapeutics space, it’s certainly not unreasonable to think that, someday, a treatment plan from a doctor could include both a prescription and a robot. ■