If it seems as though Christmas campaigns are starting earlier and earlier each year, it’s probably because they are. Although the leading retail and entertainment brands don’t have a fixed start date for their festive promos, the planning does start almost as soon as the decorations come down. In fact, when you take one of the most active players in the Christmas marketing stakes, UK retailer M&S, the planning is reported to start 15 months in advance.

Describing the process at the 2017 Brand Film Festival London, marketer Ira Dubinsky said that the 2016 Christmas with Love campaign went into the planning stage in late September 2015. By planning so far in advance, brands like M&S are able to get their messages out early. For M&S, that means decorating stores and airing their high-budget TV commercials in November. Why do brands push for such an early start? Well, according to National Retail Federation in the US, the average American spends $700 on Christmas. This equates to $465 billion in total holiday spending across the country. In the UK, it’s a similar story with the average Brit spending £434.45 ($584.13). Put simply, consumers in major economies are willing to spend when sleigh bells start to ring. 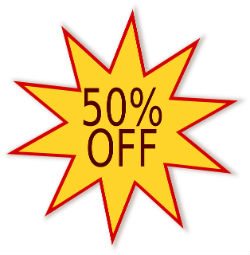 One of the most common tactics used by companies to entice users to shop with them is running seasonal promotions. Just as Black Friday is a convenient way to offer discounts and drive sales at Amazon, companies across the web often run holiday deals. An industry that’s particularly adept at this strategy is iGaming. Although the leading online casinos offer bonuses throughout the year, Christmas is a time when themed promotions go live. What typically happens is that a site will pair online casino free spins with a festive slot such as Secrets of Christmas or Taco Brothers Saving Christmas. On a smaller scale, you’ll even find small businesses offering discounts via sites like Etsy. In fact, Etsy even creates specific “promo pages” for holidays such as Cyber Week so that individual sellers can advertise their discounts and offers.

In a less overt way, Coca-Cola has also started to combine online marketing with more traditional TV advertising. The now infamous “Holidays are Coming” commercial has become a huge hit, but what you see on screen really doesn’t change from year-to-year. In fact, Coca-Cola has used the same core content for the last 22 years. However, what it has done is build new promotional pieces around the now-familiar TV product. For example, Coca-Cola’s Twitter social media campaign in November 2017 asked followers if they thought it was true that Santa’s outfit is red because of their brand. Naturally, the answer to said question (which is no) is offered on the company’s website, keeping Christmas and Coca-Cola in the conversation. 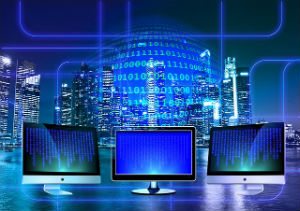 Using Data to Give Customers More of What They Want

Another tactic retailers – particularly those with an online presence – can exploit is personalization. With major brands such as eBay and the Shop Direct Group having access to a wealth of search data, they are able to customize their pages accordingly. For instance, in 2015, eBay recorded 500,000 searches for “Christmas” inside its online store. Aside from being a 70 percent increase on the previous month, the data showed that clothes, shoes, and accessories were topping the chart. Based on this, marketers were able to feature items in these categories on the homepage.

Essentially, because online operators have access to huge quantities of data, it means they can personalize their service to highlight the products and deals that its customers are most interested in. When you combine this data with the customer’s propensity to spend more money, you’ve got a recipe for a successful PR campaign.