Neil deGrasse Tyson has conquered books, radio, television, and even movies, showcasing his scientific prowess throughout. And now, the world-renowned astrophysicist is making a foray into the gaming world. He’s partnered with developer Big Red Button Entertainment to create a new PC and virtual reality game, Neil deGrasse Tyson’s Space Odyssey. The project has passed $370,000. in the Indigogo funding round and is currently in full development. Tyson, who came up with the idea for the game that will blend science with traditional gameplay, talks about his venture into science and gaming in this exclusive interview.

Innovation & Tech Today: Can you explain how real science plays a part in this game? 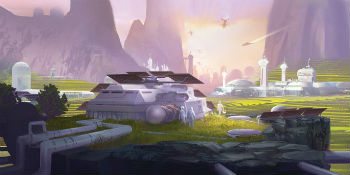 NdT: One of my guiding edicts is drawn from Mark Twain, who said first get your facts straight, then distort them at your leisure. This is how movie producers should do it if they’re about the science. Do you get the science right and then use your imagination to go beyond that, and distort them in the proper foundations that you were given? I see the laws of the universe as liberating on the creative mind, not as constraining it. There was a biologist philosopher named J.B.S. Haldane who said the universe is not only stranger than we have imagined; it may be stranger than we can imagine. So, I see Space Odyssey as landing in what is otherwise a very rich landscape of highly entertaining, highly challenging games, but you will get to apply laws of physics. So, you come for the entertainment, but you stay for the science literacy. We spend so much free time playing games, but also time we should have [spent] studying or working. So at least Space Odyssey will allow you to come away more deeply and more insightfully connected to what science is and how and why it works, and the full operations of nature.

Innovation & Tech Today: There’s a huge number of gamers today, and 25 percent of them are over 50. How are you developing this game for a diverse audience?

Dr. Tyson appears as a holo-guide in the game

NdT: That’s a very important question because when we design museum exhibits, we have the same challenge. I’m also director of the Hayden Planetarium at the American Museum of Natural History, and the challenge is “Here’s a family with kids, parents, and grandparents.” Some like science and some don’t. What is the balance of information that intersects such that everybody gets something meaningful out of it? If the kids are curious, as most kids age 7, 8, and older are, they’re old enough to start questioning whether an adult is correct in what they say. So there’s no reason why a game couldn’t reach that age group because there are certain laws of physics that are a little more accessible than others. So you end up playing the game with the command of nature that is commensurate with your life experience, and as your life experience in the game grows, you then bring on more and more tools at your disposal and you’ll know how to use them for your own benefit, how to use them to block others and their efforts if it’s a conflict zone.

Innovation & Tech Today: What are your thoughts on virtual reality?

NdT: It’s been said that a planetarium experience was the very first virtual reality thing ever, and of course that would have been before virtual reality came to us via goggles or any other headset. I’m still not completely certain what the future of virtual reality as currently conceived will be. I don’t claim sufficient expertise for that uncertainty to carry any weight at all. With regard to virtual reality, it’s more just my personal skepticism based on casual consumerism. There are occasions where there is value to experience something as a group, and of course, with gaming where there are other gamers and all you need are goggles, I get that. But, at the end of the day, I just wonder whether it’s the same kind of hopeful thing as 3D was in the movie theaters back in the 1950s, with its revival in recent decades. But now it’s not every movie that’s in 3D as they had predicted even just five or 10 years ago, so I just wonder if it’s something that will have the staying power that people imagine for it. But, regardless, we want to put a stake in that space. 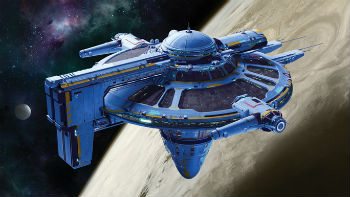 Innovation & Tech Today: Where does VR fit into the overall Space Odyssey franchise that you’re building?

NdT: We have very real VR opportunities in this instant, which will serve dual purposes. It’s to stake a claim in that space literally and figuratively, but also it allows us to start building assets that we know will have value in the PC game itself. It would not make sense if there was not an overlap of these two exercises. It needs to be deep, and it needs to be real, and it needs to be palpable.

I’m sort of making this up at this early stage, but you can imagine we would have full data sets for some of these planets and you would go check it out first in a VR experience. That would be more of a recon mission. Then coming out of the VR experience you would then enter the gaming world itself, where you build and explore and create and fight, whatever are the parameters set up for where you’re going and why. 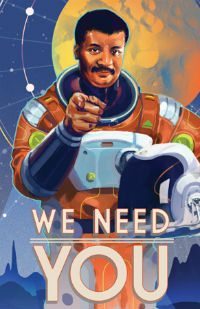 Now it could morph to be something more significant, but right at this moment, that’s how I’m imagining it. And, by the way, I’m quite responsive to others who are deeply in the gaming community whose expertise has been brought to the table on this because my primary role in this is to bring the scientific and educational sensibilities and expertise that I’ve gleaned. I’m not programming the computers. I’m not the gaming wizard. We used Kickstarter to ask gamers if they were interested in supporting this idea.

Innovation & Tech Today: How are you reaching out to other scientists for Space Odyssey?

NdT: I don’t claim full expertise in all these branches of science. I’ve also brought the Star Talk All-Stars in for this game, who are fellow scientists from different fields that have the expertise to talk about these topics. In our stable of scientists, we have anthropologists, primatologists, neurologists, neurophysicists, and planetary geologists. They will all be tapped to contribute in their own particular expertise and infuse the game with the scientific detail that it needs and requires in our vision.

Check out this video interview Dr. Tyson gave at E3 2017

Images Courtesy of What Not Entertainment

Sony PSN Store Will Close for PS3, Vita and PSP