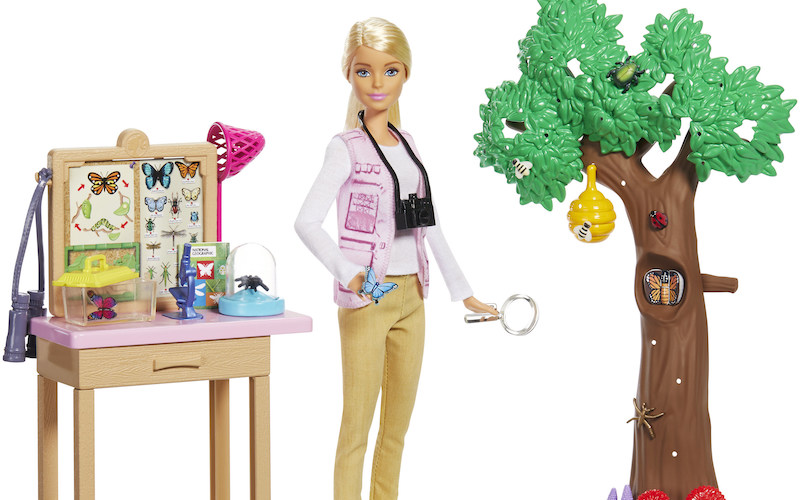 When I was 13 years old, I sent an email to National Geographic asking what I needed to do to become a National Geographic explorer. My dream was to travel the world exploring unknown and under-researched places for the benefit of mankind. Ambitious, I know, particularly for a little girl.

I had just watched one of National Geographic’s documentary series, this one entitled “Africa Extreme,” in which an intrepid explorer named J. Michael Fay took a 1,200-mile hike across dense African jungle. He was living my dream: pulling hook worms out of his feet, facing wild animals, and arguing with armed poachers.

But, aside from Carmen Sandiego, I had never seen a woman exploring the world. I was desperate for a female role model who wasn’t scared of exploring, of being on her own, of being a scientist or foraging a new frontier.

Thankfully, the world of female role models has expanded dramatically since my pubescence, and there are examples of powerful women in nearly every field. But, that shift hasn’t been well reflected in the world of children’s toys. Recent forays into STEM for girls have cost some companies dearly, with big misses by some major manufacturers.

Toy maker Mattel was among them, with offerings like their STEM kit, which gave girls the opportunity to engineer their very own… washing machines and shoe racks. “Now you can build your own devices of oppression!” I thought to myself as I watched the glittery, pink advertisement for the toy.

When I heard about Mattel’s recent endeavor to bring Barbie to new heights by pairing with National Geographic, I was a bit skeptical. Upon deeper inspection though, I’m in love. I love the concept, I hope I’ll love the execution (the dolls will debut in fall of this year), and I love the idea that other little girls who are dreaming of becoming world-travelling explorers will now have a toy that reflects their ambitions.

The partnership promises to highlight careers with low female engagement and make them approachable to children. Careers in fields like wildlife conservation, astrophysics, polar marine biology, wildlife photojournalism, and even entomology will be represented by the new line.

The best part? These weren’t created in a male-dominated vacuum; each doll and playset was approved by an advisory board of female National Geographic explorers. The move is part of the toy maker’s larger ambition known as the “Dream Gap project” initiated late last year.

Mattel explained the Dream Gap in a press release: “By the age of 5, many girls are less likely than boys to view their own gender as smart and begin to lose confidence in their own competency. Cultural stereotypes, implicit biases, and representation in the media work together to further this issue.” They’re working with researchers at New York University to extend research around the Dream Gap and raise global awareness of the issue.

When National Geographic responded to my 13-year-old inquiry, they told me that the field is incredibly competitive but, by studying photography and biology, and working hard in school, I had the potential to someday become a National Geographic explorer myself.

Twenty years later, I may not be a world explorer, but I am a journalist and a scientist. And my hope is that when children play with Mattel’s new line, they’ll see themselves reflected in those tiny plastic faces and feel a bit more capable of achieving their loftiest ambitions.