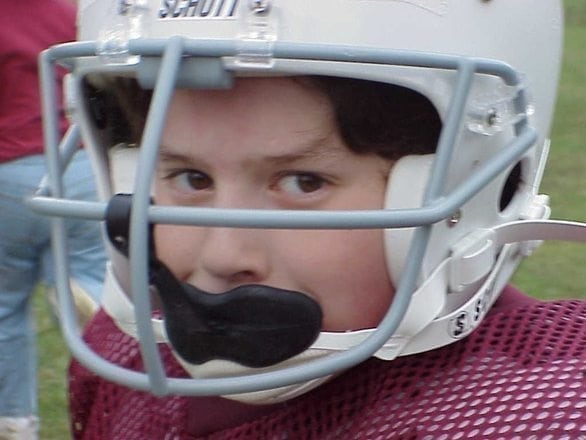 Andre Smith of Chicago hits his head in the final play of the game and walks off the field. He later collapses and dies.

Casey Dunne, of Dedham, MA, tells her friend she doesn’t feel well after a routine field hockey practice. Soon after, she dies from a brain hemorrhage.

The cause in all cases? Head injuries caused by hits and collisions.

As of November, 2015, eight high school players had died from sport-related injuries since the first whistles blew, one of the highest single-season numbers ever recorded. It’s hard to understand why this continues to happen with awareness about concussion and head injury protocols at an all time high.

On-the-field diagnoses of such injuries have increased by over 80 percent in the past five years. The number of documented concussions more than doubled after the institution of the Lystedt law, which requires high school athletes who have sustained a concussion to be removed from practice and play – not permitted to return until cleared by a medical professional. An estimated 7 million athletes participate in high school and college-level sports. Only two-thirds of athletes recognized when they had a concussion, and only 43% reported it. These athletes are at a higher risk for repeat concussions, which can lead to prolonged symptoms or possible catastrophic injury.

Parents aren’t taking kindly to it, especially with football. “People are pulling their kids from football,” said Dr. Douglas Comeau, Medical Director of Sports Medicine at Boston University. “You’ve seen high schools cancel their games because there aren’t enough people to play. You have to take a step back and say, ‘Is that because fewer students are signing up, or because there are more injuries?’ It’s probably a little bit of both.”

According to Dr. Joseph Maroon, team neurosurgeon for the Pittsburgh Steelers, the types of injuries that killed or gravely injured high school athletes — those that caused subdural hematomas or hemorrhaging in the brain — are the hardest to detect.

“Typically, a patient who has a concussion and is helped off the field rarely has an intracranial hematoma,” Maroon said. “I’ve been working as a consultant with MedLogic, using a tool, the InfraScanner, that gives objective data to help medical professionals with what is otherwise a subjective call from a neurological evaluation and history of an athlete.”

According to Maroon, the InfraScanner has proven to be an ideal tool for the times. It can be used on the spot to test and rule in or rule out an intracranial bleed or brain hemorrhage. Today the InfraScanner is being used by high schools, NCAA football programs, NFL teams and the California State Athletic Commission for combat sports. Dr. Maroon feels that large-scale deployment will help greatly with quick detection, thus saving lives. “One thing I really like is that you can scan over and over without exposure to radiation, like you’d have with a CT scan. That way, a team doctor can watch for delayed onset hematomas without overdosing athletes with unnecessary radiation.”

Meanwhile, large brain study and medical rehabilitation centers like the Cerebrum Health Centers have found themselves gearing more and more to serving young athletes who need further work after nasty sports injuries. Despite having some of the best tools money can buy, former medical director Dr. Andre Fredieu says it still comes down to those critical first moments after impact, when the player is seeing stars, hearing strange sounds and unable to focus.

“We really need to do a better job of identifying brain injury faster,” Fredieu said. “If someone suffers a subtle injury, and they’re placed back in the field — whether military theater, the gridiron, or even a classroom setting —if their brain hasn’t been given the opportunity to heal, then further damage can result.”

Experts agree: early detection and treatment are crucial steps in saving young athletes’ lives. Whether these advancements in tech are enough to stem the controversy surrounding youth football (and the sport in general; see Malcolm Gladwell) is another question.