Lisa DeLuca: How She Became IBM’s Most Prolific Inventor

Lisa DeLuca was Innovation & Tech Today‘s 2018 Innovator of the Year.

Lisa Seacat DeLuca is on her way to becoming the most prolific inventor in IBM’s history, all before the age of 40.

For many inventors, patenting even one original idea is the dream of a lifetime. For Lisa Seacat DeLuca and her 400 patented creations, innovation has become almost routine. Between caring for her four small children, acting as IBM’s Director of Offering Management, and working as IBM’s Distinguished Engineer for Watson Internet of Things, DeLuca has filed over 600 patent applications. Her creativity and ingenuity have culminated in what is, to date, her most enduring accomplishment: her designation as the most prolific female inventor in IBM’s history.

DeLuca was inducted into the Women in Technology International Hall of Fame in 2017 after winning numerous awards for top-performance in her field. Whether she was being named one of Fast Company’s Most Creative People in Business or earning her title as Working Mother Magazine’s Working Mother of the Year, DeLuca has continued to push the boundaries of accomplishment. We spoke with DeLuca to learn how she makes innovation a daily component of her children’s lives, how she creates, and what inventions she’s working on next.

Innovation & Tech Today: When you’re inventing, what does your creative process look like? 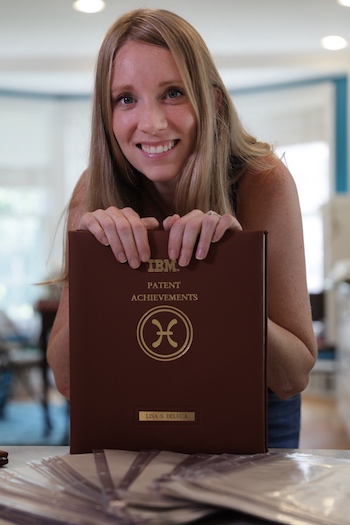 Lisa DeLuca: Inventing is actually not my day job; it’s like a nights and weekends job. But, it has also turned into a mindset where no matter what I’m doing, even if I’m not thinking about coming up with new ideas, I’ll recognize when something might be patentable and it just becomes an opportunity for me to develop inventions outside of whatever it is that I’m working on at the time.

Right now, I’m bringing an IoT solution to market around IoT sensors and using AI to really understand how building normally works and what the anomalies are. That might be one area that a team might get together to brainstorm around, just around IoT in buildings and the use of AI, and then we’ll talk about all the problems that we’re running into with our offering. Then those problems are the opportunity for innovation; we come up with the answer and determine what might be patentable around there.

I&T Today: Can you tell us about some of the inventions you’ve been working on that are currently in development for IBM?

Lisa DeLuca: I can talk about those that have recently been issued. In fact, they have one that just issued on October 16th. It’s called Internet Search Result Intention, and I really like this one because it came out of a solution that I was working on within our Watson Commerce division. The solution was called “Cognitive Search” and the whole idea behind it was that voice and voice interface is changing the way that we’re interacting with our devices and with search engines.

Whereas before you might use keyword searches, now you can use your voice. And by using your voice you typically, instead of using those keywords, you can say a whole sentence like, “Please help me compare an iPhone XR to the new Google Pixel 3.” And if you do that, we can tell based on the words and the comparison between the two products that you’re likely in a research mode. You’re trying to learn more about both the products and the features, whereas if it was just that keyword, you don’t really know what the searcher is looking for.

So the whole idea behind the patent was to understand what that intention was. By understanding it, you can give out information and a confidence score back to the web developer so they can decide how to serve up the content. It might be YouTube videos to explain as opposed to the actual products.

I&T Today: How does cognitive computing benefit the average consumer?

Lisa DeLuca: At IBM, we call AI augmented intelligence instead of artificial intelligence. I really like that definition because it’s really honing in on what’s good today with AI, and that’s a lot of training on a specific industry, using machine learning to get really good at what it is that particular subset of technology is doing.

So when we talk about cognitive computing and adding cognitive computing to the way things work, it’s really just making the jobs of whoever is in that space a little bit easier. With my IoT building insights example, we’re targeting facilities managers. We’re not by any means replacing their jobs, but instead we’re pulling up some of those insights so they can make those data-driven decisions and have that available in real time in front of them through AI.

I&T Today: What role do you feel crowdfunding platforms play in the development of new technologies?

Lisa DeLuca: I’ve done a couple Kickstarter campaigns. I love crowdfunding. I think it just opens up the doors for so many people to share their ideas in a way that we never would’ve known how to do before. For me, I had always wanted to write a children’s book. I’d also always wanted to start my own business. So when I found out about Kickstarter, I started researching all the types of projects that were on there, and at the same time I’m researching what it’s like to write and publish your own book, and it’s really expensive.

So I’m like, “Why not raise the money ahead of time through a Kickstarter campaign just to see if there’s interest in it?” It’s almost supply and demand; see how people are going to react to your idea and then together, you bring it to market. You’ve got these people that are really your champions for success. They want to see you bring whatever it is you want to market. I think it’s a really powerful thing. I can’t say enough good things about crowdfunding.

I&T Today: Do you have any one invention that you feel should’ve received a patent, but didn’t?

Lisa DeLuca: I can’t believe no one’s ever asked me that. I don’t know. I would have to go and look and see which have not gone through. I’ve filed over 600 patents and, to date, I have over 400 that have been granted. So, I haven’t really been following the ones that haven’t gotten through the process. Maybe that’s part of being prolific, I don’t get upset if one doesn’t make it through. 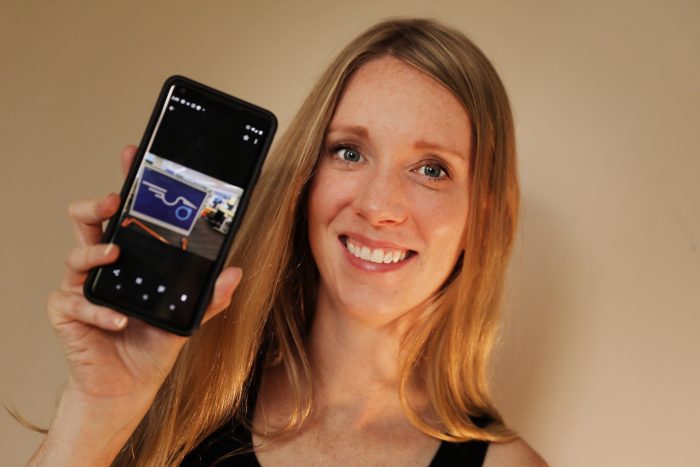 I&T Today: How did you overcome IBM’s 100 Patent Plateau?

Lisa DeLuca: Every four patents makes a plateau within IBM, sometimes it’s less. So I had always set my goal on 100; it just seemed like a good goal to have. I reached out to other IBM-ers and to our IP law department to see how many people had done it. It was only about 14 people when I asked, but this is in the history of the whole company. So I thought that was a really cool milestone to set for myself.

Then when it happened, I kind of expected it to be well-known that I reached my 100th plateau, but since it’s an internal process, no one was really keeping track of the 100. I reached out and said, “Hey, have any other females ever gotten to 100?” And they did some research and got back to me, and sure enough, I was the first one. It was just a really cool feeling to set a goal for myself and have it come through. It feels weird to talk about, like I’m bragging. I hope more women do it. I’m encouraging more women to get up there and challenge me.

I&T Today: How do you bring STEM and awareness of innovation into the lives of your kids?

Lisa DeLuca: I think that’s why I really wanted to do the kids book. My first one was called, A Robot Story: Learn to Count to Ten in Binary. It’s all about twin boy robots, and their mom teaches them how to count to 10 in binary. That one I wrote with my kids and tried to get them excited about technology at an early age.

Then I also backed a lot of Kickstarter projects. Speaking of crowdfunding, the Cubetto is really cool. It’s just this little robot that you can program to move straight, left, or right. It makes it very simple for young kids to learn programming.

So, playing those kinds of games with them and just trying to make technology fun, because I don’t want to push it on them. They can’t read yet, so I can’t go too deep into the technology, but at the same time I want them to feel passionate about what I do, too. I use inventing a lot throughout our lives, like, “Oh, you invented something.” It’s a verb that’s become a term they use in their day-to-day. “Mom, look what I invented today.” It’s a really fun way for them to think that they came up with something new, or to start thinking in that mindset, that they hadn’t seen it anywhere before, so it must be an invention.

Lisa DeLuca: How She Became IBM’s Most Prolific Inventor