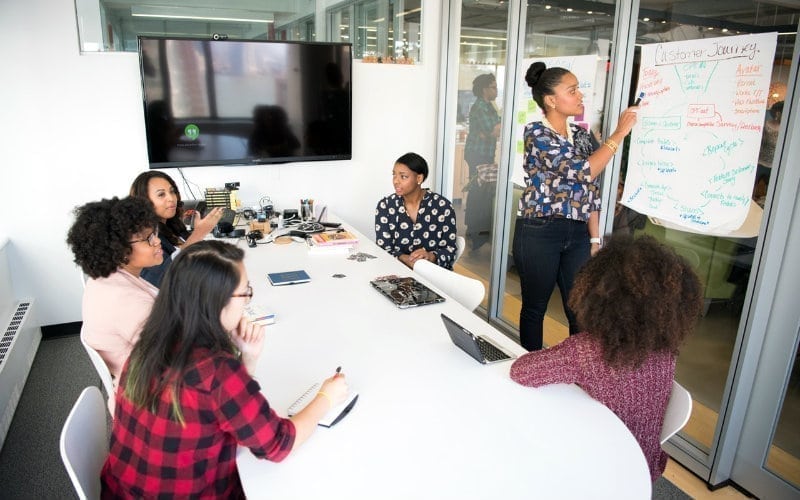 Much like how women and people of color struggle to be in all STEM fields, the lack of women of color in the technology industry is becoming more and more apparent. One of the most significant problems is in data collection.

More often than not, men are categorized separately by race and ethnicity while women are all clumped together under a single banner, making the ratio differing white women from women of color invisible.

The reason all women are categorized together in data collection for STEM fields is because there are so few women in those careers anyway. However, word has gotten out, and more women are getting involved in STEM careers than ever before, but there is still a lack of women of color.

The Importance of Diversity

A lack of diversity in any space often leads to abuse of the minority group, even in businesses. In 2017, big companies had scandals of sexual misconduct against female employees. A Google employee wrote a 10-page memo about how the low number of women in tech doesn’t attribute to sexism but to men being better than women. An Uber engineer, Susan Fowler, wrote a post about experiences with the company, including being propositioned by a manager.

The sexist behavior running rampant in some tech companies is both the reason women have a hard time entering these fields and why they don’t want to. Women of color are getting biases from all directions for both their gender and race. Oddly enough, the only fix is to get more women involved in these businesses to stamp out the general hatred and biased behavior.

Unfortunately, women of color may have a hard time even getting through the door. Most big businesses do their sifting of potential new hires with artificial intelligence, which seems like a tool with no bias. Except AI learns only the behavior being taught and can be trained to be biased in a setting where the algorithms otherwise shouldn’t be. Chatbots may even be judging dialect and word usage.

There’s no lack of biased behavior, even in the most innocent sense. For instance, nearly every virtual assistant is feminine. Alexa, Siri, and the Google Assistant all have feminine voices, even if they say they’re genderless when asked. Women often have jobs in the service industry, which translates to a female AI in most sci-fi media and eventually leads to modern feminine AI in our homes.

In the tech industry, women are overwhelmingly seen as less than their male counterparts. In the study Women and Girls of Color in Computing, women of color make up 80 percent of all new women-run small businesses in America. In technology, it’s only four percent. In another turn of events, women earn 21 percent of all doctorates in computing, but women of color make up less than five percent.

There’s a gaping hole in our society that’s supposed to be filled by the progression of our species but is instead being pushed back by biases. Without everyone’s input, humanity will eventually stall in the realm of science.

The Start of Change

Some companies are taking the initiative to fight back against the biases weighing humanity down. In 2015, Intel pledged $300 million to partnerships and programs to improve their diversity. Google and Twitter have started groups and nonprofits to enhance their employee culture. Apple and Microsoft have employee resource groups while Netflix, IBM, Accenture, and others have parental leave policies.

In short, companies are realizing that there’s a gap to fill. While many of them are trying to make the broad push to be more inclusive of women in general, there are very few programs available for women of color specifically. However, new research and data are finally being unveiled to the greater population, and some companies are being pointed out on their incompetence by name. Change is being forced to happen so that we can have a better tomorrow.

The Hope of Tomorrow

Change is, unfortunately, a slow process. With more data available to the public and more company heads seeing their shortfalls, the gaps will slowly fill to make for a more diverse and open-minded climate.

Until then, women of color should be encouraged to enter fields in technology. The march to the future should be as diverse as can be.