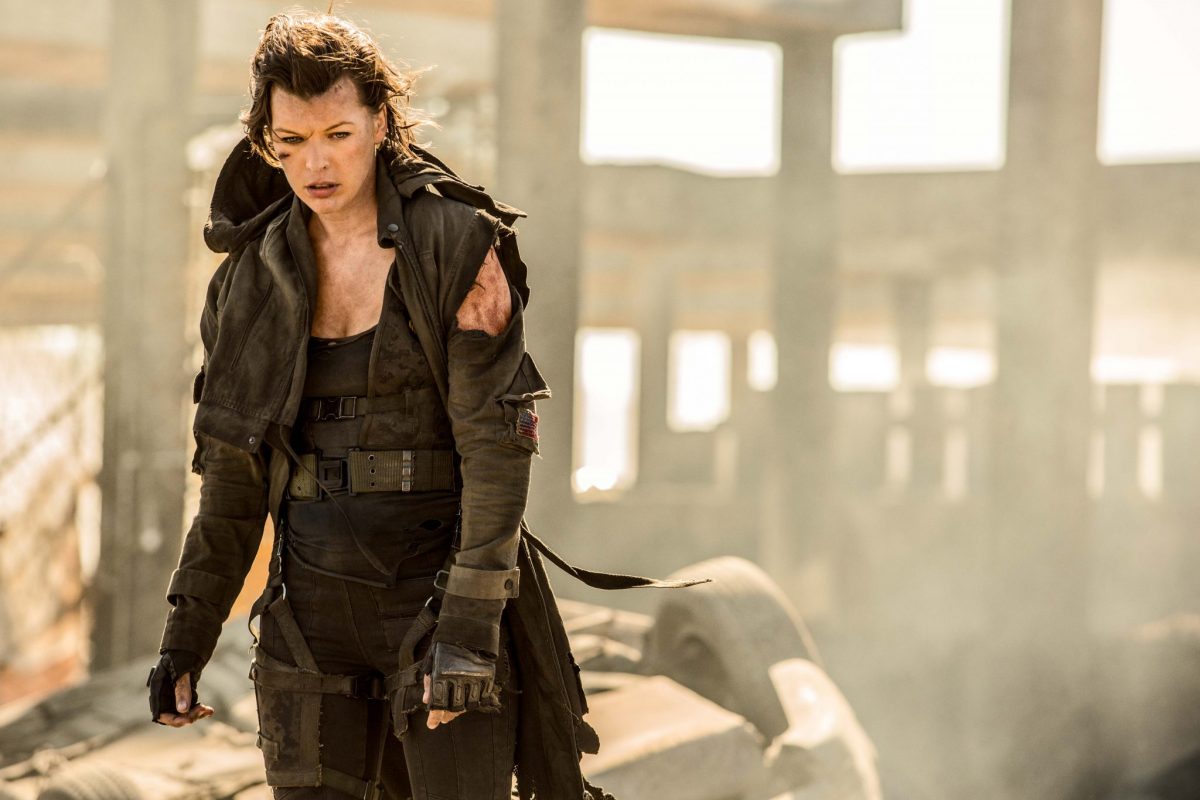 While Capcom continues to crank out new Resident Evil video games (Resident Evil 7 launches on PlayStation 4, PlayStation VR, Xbox One, and PC on Jan. 24, 2017), Sony Pictures is now concluding its hexalogy of Resident Evil movies with the recent release of Resident Evil: The Final Chapter. The franchise, which stars Milla Jovovich as Alice and Ali Larter as Claire Redfield, has earned over $915 million at the box office (and should top $1 billion when the final film is tallied into the equation).

While the movies are set within the universe of the bestselling survival horror games, director Paul W.S. Anderson, who’s written every film, has crafted original storylines and introduced new characters that interact with more iconic ones from the franchise.

“The very first game was set in a mansion in the woods outside of Raccoon City that had this lab which we called the Hive underneath it, infested with the worst kind of creatures and horrors and terrors,” Anderson said. “So we’re returning to that. We’re bringing characters both from the video game franchise, Claire Redfield, and from the film franchise with Alice. So it’s like the greatest hits, both of the video game franchise and the film franchise.”

As each movie has earned more money at the box office, Anderson has had larger budgets to work with to bring more computer-generated creatures to life. “I definitely feel like the monsters are crazier than we’ve ever seen,” star Jovovich said.

The Resident Evil movies have succeeded in connecting with both the gaming audience that continues to buy every new video game, as well as action and horror movie fans around the globe. Jovovich’s co-star Larter learned first-hand how popular Claire Redfield was when she starred in her first Resident Evil movie in 2007.

“I don’t think I realized from the beginning the level of loyalty people felt for her and how much they loved her,” Larter said. “But I did know when they came in and brought the red vest and then the red jacket and the red hair…people want her to look like the games. It’s been really fun to play her and people have been so supportive of me over the years and I feel lucky to be a part of this, and sad that it’s come to an end.”

Jovovich promises that this is the end of the road for Alice. Of course, given Sony’s penchant for sequels, it’s possible this franchise could continue with different characters. But the core of this franchise’s success has been the one-two punch of real-life husband and wife Anderson and Jovovich, who have brought these films to life as a labor of love. Having met on the original film, they are now are the proud parents of two children – and six movies.